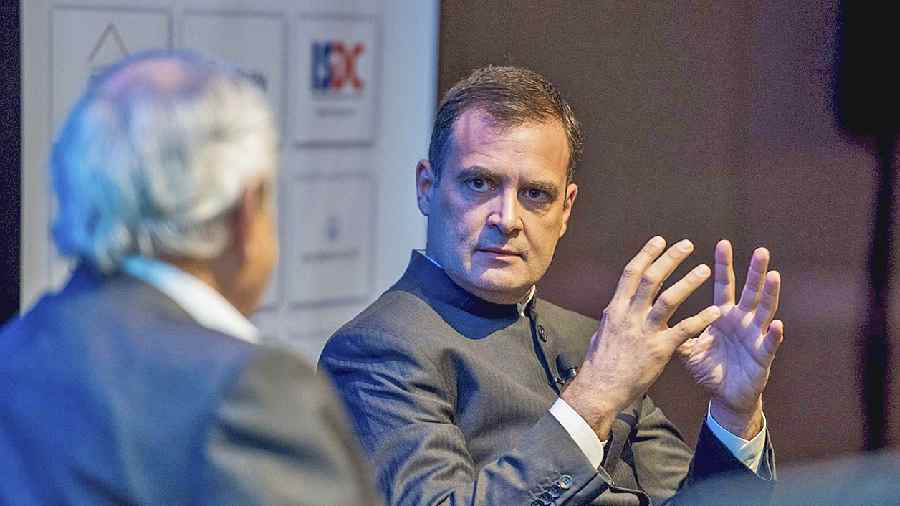 More than five decades ago, from the mid-1960s to the early-1970s to be precise, the world was preoccupied with the war being waged by the United States of America in Vietnam. The opposition to that war set in motion protest movements across the globe, and not least in western Europe — the heartland of the Western sphere of influence. There were, of course, the student protests and the experiments with counterculture among the youth. However, more destabilising were the radical Left movements that left a bloody trail in their wake. Among the more interesting of these were the terror attacks in West Germany by the Red Army Faction, better known to the world as the Baader-Meinhof Group, an ultra-secretive sect of Marxist-Leninists angered by the reluctance of post-war West Germany to face up to the misdeeds of an earlier generation that had served Hitler.

In hindsight, the Baader-Meinhof experience and its counterpart in Italy have come to be regarded as instances of misplaced youthful romanticism. At best, there is a tenuous political link between that outburst of violent anger and the relatively more considered Green movement and the thoroughly less considered Woke outburst of today. Curiously, one facet of the Baader-Meinhof phenomenon has been enshrined in the textbooks of psychology. According to an article for popular consumption, “Baader-Meinhof phenomenon, or Baader-Meinhof effect, is when your awareness of something increases. This leads you to believe it’s actually happening more, even if that’s not the case.” It is, notes the article, “the difference between something actually happening a lot and something [you are] starting to detect a lot.”

It is always hazardous to employ concepts borrowed from another discipline in the study of political behaviour. However, it is difficult to find another more appropriate idea to describe the publicly articulated ideas of the former Congress president, Rahul Gandhi. Last week, Gandhi, in the company of other Opposition stalwarts, was in London to participate in a conference on contemporary India. Since the Indian visitors to the event were exclusively drawn from one side of the political spectrum, it would not be unfair to see it as an attempt to create awareness in the West of the apparent misdeeds of the Narendra Modi government, now celebrating its eighth year in office.

Without going into the redundant debate over the ethics of showcasing India’s partisan politics in a foreign land — that convention has been routinely disregarded for so long that it is meaningless to accord it any sanctity — Gandhi’s hour-long deliberation in the conference was valuable. More than anything else, it revealed a great deal of his political understanding and approach. Since it is the Gandhi family that still calls the shots in India’s largest Opposition party, the video recording of this interaction should be obligatory viewing for all those interested in the forthcoming course of Indian politics.

There were three discernible themes in the Congress leader’s understanding of the political landscape.

First, Gandhi proceeded on the belief that under Modi, Indian democracy has become totally dysfunctional. He believes that the environment for normal politics no longer exists. According to him, crucial institutions that are indispensable to democratic politics, notably the judiciary, the Election Commission and the bureaucracy, have lost their independence and are captive to the political interests of the Modi government. He singled out Indian diplomats for special opprobrium, accusing them of arrogance and parroting instructions. To this list of the fallen he added the media which, he felt, are busy singing the prime minister’s songs of praise and blacking out the voices of the Opposition. He was silent on the linked suspicion that crying ‘wolf’ was, in fact, an admission that the Congress ecosystem was fast crumbling and being replaced by alternative sensibilities.

Secondly, Gandhi believed that the Indian economy is in a tailspin owing to the government’s dependence on a model of growth that had run out of steam in the last years of Manmohan Singh’s government. It is his belief that mass discontent is widespread, that the government has sprinkled kerosene all over the country, and a tiny spark would lead to India becoming engulfed in flames.

On the predictable question as to why the scale of popular disquiet hadn’t manifested itself in election results and why there is evidence to suggest that the Bharatiya Janata Party secured incremental votes on the strength of Modi’s governance, Gandhi was unfazed. In suggesting that India had been deeply polarised, he appeared to believe that the people are under the spell of what Marxists used to call ‘false consciousness’. It needs the Congress and its supporting parties to show them the light and the ground would be ready for change. The unmistakable conclusion was that Gandhi saw only what he wanted to see and overestimated its national resonance, blanking out all contrary evidence — a clear case of the BaaderMeinhoff phenomenon shaping his political understanding.

Thirdly, and surprisingly for the leader of a party that was at the helm of the Indian nationalist upsurge in the first half of the 20th century, Gandhi stressed that India’s political identity lay in it being a ‘union of states’ — and not a nation. Consequently, he stressed the paramount importance of divergent identities and the need to negotiate a rainbow coalition after prolonged conversations with disparate stakeholders.

India has yet to experience its Woke moment. Such rarefied cosmopolitan experiences appear to have few takers. Yet the importance Gandhi has attached to fragmented identities, at the cost of a national vision, seems to suggest that his prescription for defeating Modi is essentially confederal and almost borrowed from the left-wing in the US Democratic Party. His leadership style, too, is passive. He sees his role, at best, as an aggregator and not as an agenda-builder. Having rejected the cadre-centric approach for the Congress, he seemed anxious to promote India’s oldest political party as a loose cluster of sentiments associated with different movements.

If it was Gandhi’s intention to project himself as markedly different from Modi, he appears to have succeeded. But he left unanswered the larger question of whether this agonised, quasi-Woke approach will inspire voters or even motivate those in the Congress who still see Indira Gandhi as their role model.