Advertisement
Home / Opinion / The warmth of unplanned meetings with friends

The warmth of unplanned meetings with friends

Beset as we are by alienations and compartmentalizations, the idea of dropping in is perhaps something to hang on to 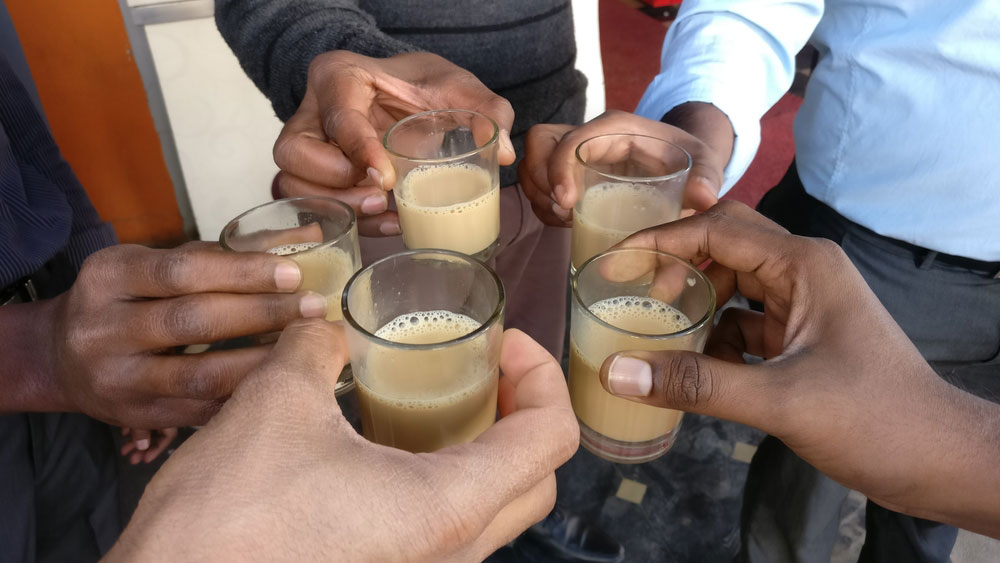 Pleasurable downtime with friends is not something you need to corral into schedules, phone calls and elaborate, tightly-timed plans
(Shutterstock)
Ruchir Joshi   |   Published 25.06.19, 02:49 AM

Something very odd happened the other day. I was just about to put on the afternoon coffee when a friend dropped in. We were happy to see each other; I asked if he wanted some coffee, he said yes, and I changed the pot to a larger one. We sat, drank the java, smoked a couple of cigarettes and chatted for an hour or so, after which my friend left. So far, so normal, you would think, except it was not. Typically, the friend would have called ahead to check if I was at home and free enough from deadlines to be able to sit for adda; this time, however, the phone networks were acting up and my friend also knew that my mobile phone was working only intermittently; so while going past my building with a little time on his hands, he took a chance and rang my doorbell. It was only after he left that I realized what a rare occurrence this now was. Speaking to each other on the phone the next day, we both brought it up simultaneously: ‘Han! What was that? Dropping in! No phone call before! Amazing!’ We go back a long way and suddenly we were playing tug of war with nostalgia, trying to pin down when either of us had last visited the other without notice, the dates being yanked this way and that between the late 80s and the early 90s.

When I was a kid growing up in south Calcutta, many middle-middle class families like ours did not have telephones. My mother taught in a college, my father was a writer who also ran a business in Burrabazar, and their arcs of socializing were slightly different, coalescing only in the evenings, the second half of Saturdays and on Sundays and holidays. My mother’s college would finish in the afternoon, a little before or after my school in the same Minto Park area; she would pick me up and we would drop in on some aunty or the other before heading home to the then deep south of Lake Gardens. Some days, we would come straight home and some neighbouring aunty would come over for tea, usually without appointment. On some weekdays, we would go out to see parental friends, with or without prior verbal scheduling. My school friends and I also did not have any concept of ‘play dates’ or allotted days; impromptu arrangements would be made at the school gates at pick-up time, with arguments with inconvenienced mothers and guardians, and depending on the homework load and the proximity of exams we would usually get our way.

Twice a year, we would go to Bombay and Ahmedabad. In Bombay, I would sometimes get to accompany my father on his rounds. Here I noticed a difference: Bombay was replete with the Bakelite phone creatures and people used them in a profligate manner, with no visible concern about the 25 paise that each call cost. After a few morning phone calls (totalling up to Rs 1.50!), my dad and I would get into one of those dinky Fiat kaali-peelis and the thin-throated engine would whiz us to Marine Drive and Fort. Unlike the undeniable boondockness of south Calcutta, south Bombay was the bustling centre of the universe, but even here grown men seemed to have generous pockets of time during their working day. First, we would perhaps visit my father’s publishers where we were treated like royalty; then we would make our way to X Uncle’s office where I would get my second Coca-Cola of the day while the men gossiped, joked and discussed politics; then there would be lunch with someone else; a couple more forays into offices around Churchgate and Colaba, government offices, private businesses, Coke and tea turned down here, samosas accepted there, the notion of time as something ample and luxurious constant across the day.

Compared to Calcutta and Bombay, Ahmedabad was the back of beyond but it had these fantastic vehicles that the bigger cities lacked — scooters and three-wheeler auto-rickshaws. The wonderful smell of what I always thought of as ‘Amdavad petrol’ would stay in my nose as we bumped our way from dusty society to sandy colony traversing dirt roads, the little wheels crunching past thorn bushes and brush, taking us to the bungalows of relatives and friends. Again, the telephone was not a factor at all — somehow people communicated and, miraculously, snack-times and full meals were conjured up into existence. Unlike the bigger cities, there seemed to be really no distance between the narrow maze of pols in the old town and the sprawl of the newer neighbourhoods across the Sabarmati. In any case, if plans needed to change, there was always some young nephew or cousin who could be told to jump on a scooter or bicycle and go over to so and so’s place to inform them in advance.

By the end of the 1970s, my school over, college half done, Calcutta, too, sprouted more telephones (and TV sets). Even so, there was no requirement that you had to call before landing up at some friend’s house. You went, and if they were out or busy, you went somewhere else or came back home, it wasn’t a big deal. Part of this, of course, had to with distance or the absence of it; unless you were traversing the whole city from one end to the other, neither the traffic nor the length of the journey was enough to deter you from just trying to make a visit.

At some point in the late 70s or early 80s, Bombay began to peel away from Calcutta in one key respect: being a city overly obsessed with work, money and success, free time and casual time began to shrink in the coastal burgh; suddenly young people started looking down — not always consciously — on friends who had too much free time on weekdays. If you were from Cal, on holiday, and anyway hard-wired to be a kaamchor, this became a peculiarly acute problem; there were only two solutions — you either cut short your guilt-tripped visit and returned, or you settled and de-Calcuttized yourself, filling up your days with ghastly money-earning labour that led to all sorts of superficial material rewards.

Nevertheless, socializing in Calcutta retained a certain looseness that it has perhaps yet to completely jettison. Across the 80s and 90s, at least people in my friends’ circle thought it was completely okay to drop in on some unsuspecting pal. The only exceptions were if you knew that the person was busy with some crucial work that would contribute to the collective booze-money pool or if they were involved in some freshly growing project of amorousness that required incubative privacy. ‘Adda’, ‘hanging out’, more recently the over-used ‘chilling’, are all words that indicate a certain attitude to life or at least to substantial segments of it, and I dare say they carry a different weight in a town like Calcutta than they do in the vast agglomerations of go-gettingness that Bombay and, more recently, Delhi have become.

When I look back, there is a world of difference between my parents’ afternoons and evenings of socializing and the adda and hanging out that my friends and I have conducted over the last few decades. But the one thing that connects them is the fast fraying idea that pleasurable downtime with friends is not something you need to corral into schedules, phone calls and elaborate, tightly-timed plans. Beset as we are by multiple alienations and compartmentalizations, both obvious and insidious, the idea and practice of the unplanned or barely planned meeting, one that this city still somehow encourages, is perhaps something we should not let go of that easily.

An adda run-up to heritage celebration