This year’s budget ignores the lives of common Indians 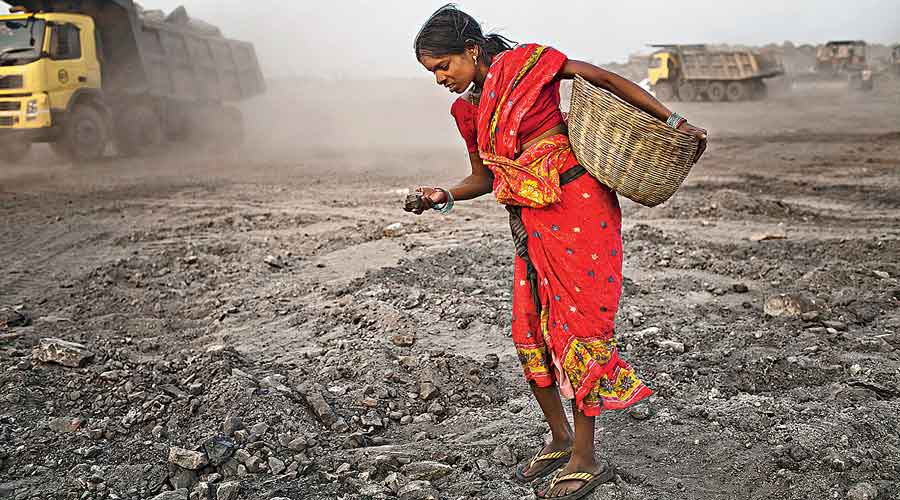 I am not an economist. I am puzzled by certain issues with economic implications vexing for the layman. I would like to be reassured. I do not propose to answer questions but to ask them.

Late in 2019, corporate profits declined, largely owing to a fall in demand: consumers lacked the money to buy. With singularly little fuss, the Government of India granted corporates tax relief of Rs 1.45 lakh crore, purportedly so that they could expand production capacity, thereby employment, thereby people’s purchasing power. It was widely observed that no firm would scale up capacity if demand was low. Nor did it happen. And the pandemic happened soon after.

Of course it was unforeseen. But this time, when asked about cash doles for the people it had pauperized, the government declared that it did not believe in handouts. Street vendors and small traders were offered loans. How many small players would risk one at this time, even if they knew of the scheme and could jump through the official hoops?

There were indeed cash ‘handouts’ under the Pradhan Mantri Garib Kalyan Yojana, totalling some Rs 69,000 crore (less than half the corporate tax relief), sometimes recycling an earlier scheme. The amount per beneficiary was Rs 500, or sometimes Rs 1,000, for three months. Add to this the notional cost of free foodgrains that would otherwise overflow the Food Corporation’s warehouses until they fed animals, supplied ethanol, or simply rotted.

In India even more than elsewhere, the hyper-rich grew vastly more so over this time. When some officials suggested taxing this wealth for Covid relief, or at least inviting voluntary surrender of tax concessions, they were chargesheeted. Yet, over 100 of the world’s richest people have declared ‘Please tax us more’. Some US hyperbillionaires have said so since 2017. None of them is thinking of entering a monastery. Maybe they rest cynically assured that their offer will be ignored. Few of their peers would support them; nor, therefore, the governments patronized by the latter. The fact remains that they have argued that the move would be good for the economy and thus in their own long-term interest. World-renowned economists, most famously Thomas Piketty, have long been saying the same.

Of course, other authorities argue the reverse. Asked why this year’s budget is not more pro-poor, one influential economist shrugged and said, “Well, it’s a budget, it’s got to be balanced.” A corporate functionary rejoiced with unusual artlessness that the rich were ‘again’ spending money. What’s new about that, one might ask. Assuming it’s not on a holiday abroad or an imported BMW but on domestic goods and services, how far will such limited high-end expenditure percolate? Might more money be spread more widely, though thinly, if sales of five-rupee biscuit packs picked up across the country, to take a piquant icon of corona economics?

For decades now, and flagrantly since the pandemic, the trickle-down theory of wealth distribution seems conclusively shattered by rampant and growing inequality. Yet a large section of the powerful uphold the doctrine, just as they deny climate change. Again I remind myself that I am not an economist. Should I therefore dismiss the evidence of my eyes, borne out by abundant and consistent data from reputable experts and agencies? It seems beyond question that the world contains more direly poor people than three years ago. If the findings overwhelmingly indicate that a disturbing proportion of them belong to India, on what grounds are we to demur? The burden of proof lies with those counter-intuitively arguing the opposite.

Yet a feel-good assumption inspires this year’s budget proposals. The calculations can vary, depending on whether we are comparing with last year’s original budget, revised allocation, or actual expenditure; but the upshot will not be substantially different. The education budget has increased by nearly 12 per cent, which could certainly go some way towards overcoming two years’ learning deficit. The finance minister granted that the greatest deficit is among poor children in government schools. Incomprehensibly, her favoured solution is to set up 200 TV channels and create “high quality e-content... via internet, mobile phones”.

This is planning for another planet. The Parliamentary Committee on Education found that digital instruction, even the pedagogically inadequate mobile phone, eluded 77 per cent of India’s children. We have heard nothing about infrastructure for the new National Education Policy. The National Education Mission has less funds than two years ago. The yawning gap in teachers’ posts is sought to be bridged by volunteers under the Vidyanjali scheme.

Most appallingly, the mid-day meals budget, last year 13 per cent below 2013-14, has been further reduced. Schools have been closed, but the children were not in hibernation. India has registered distressing (and growing) levels of hunger and malnutrition for years, ratified by global bodies including the United Nations, and denied without countering evidence. As recently revealed before the Supreme Court, the government has no information about reported starvation deaths.

Last year, the rural employment guarantee scheme (MGNREGS), the mainstay for those impoverished by the pandemic, started with under two-thirds of the previous year’s allocation, later increased to nearly 90 per cent. This too proved inadequate, and payments are in serious arrear. Yet this time the budget is back at last year’s original level. Officialdom has an explanation: the job-creating provisions in the budget will obviate the need for MGNREGS. The roller-coaster employment figures do not bear this out. There are no post-pandemic figures at all for the unorganized sector employing most MGNREGS beneficiaries.

These are examples of a remarkable absence of crucial data about the poor. The government has not studied the learning deficit in schools, but relied on an NGO’s report. It kept no count of corona casualties, even among frontline workers; nor, needless to say, of deaths among lockdown migrants or protesting farmers.

Clearly, the lives of common Indians are a distraction from the serious business of State. You use radar to track planes, not bicycles or pedestrians. Besides, there’s the look of things, and one’s own peace of mind. Nobody likes the idea of poor people around us.