Letters to the editor: unpredictability of robots imbibing human emotion

Readers write in from Ujjain, Siliguri and Calcutta 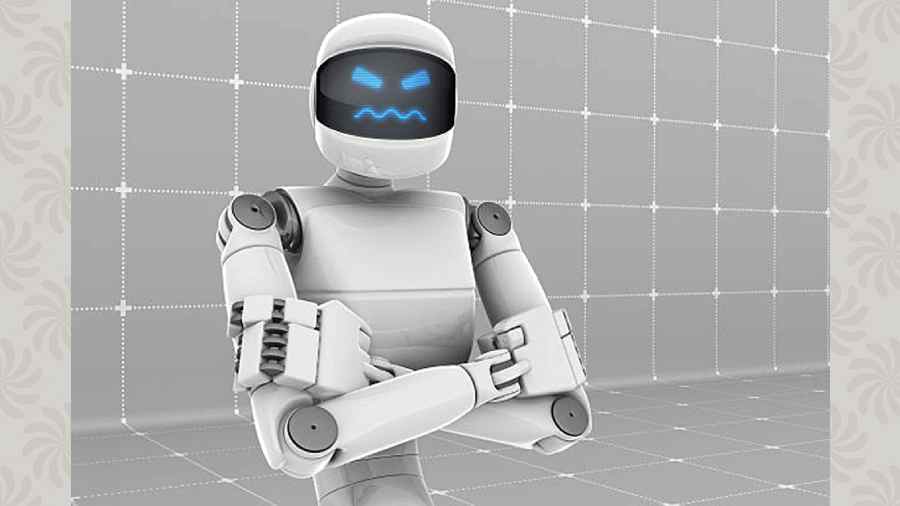  Sir — Disturbing footage recently showed a chess-playing robot breaking the finger of a seven-year-old child during a tournament in Russia. Although robots cannot express real human emotions such as anger — at least, not yet — the incident highlights the unpredictability of machines that are learning about human feelings but do not have the ability to employ these in moderation. Robots are designed to operate in situations of certainty. It is not surprising that they do not deal well with unexpected events — loss, for instance — that are part and parcel of what it means to be human.

Sir — Ramachandra Guha has criticised India’s neutrality regarding the war in Ukraine in his article, “India’s shame” (July 30). But New Delhi’s stance is understandable. It is not uncommon for nations to want a buffer zone between themselves and other power blocs — India itself has such a policy about activities in the Indian Ocean region. It is thus not completely illogical that Russia wants Ukraine to be neutral territory.

At the Munich security conference in 2007, the Russian president, Vladimir Putin, clearly drew a red line against further expansion of NATO towards the east. Yet, at the 2008 Bucharest summit, NATO encouraged potential membership for Georgia and Ukraine. This deliberately crossed a line. Perhaps Guha should consider the words of George F. Kennan, the father of America’s containment policy, Henry Kissinger, a diplomat and geopolitical consultant, John Mearsheimer, a political scientist, and William J. Burns, a former ambassador to Russia. They have all gone on record warning the United States of America and the West to respect Russia’s red line on Ukraine.

Sir — War never solves problems. But Russia is hardly the first country to invade another one. The US has sent troops to Syria, Pakistan, Afghanistan, Libya and Yemen. One wonders why the Western countries did not see it fit to protest vehemently then. This brings out the hypocrisy of a Eurocentric view of the world.

Sir — Ramachandra Guha writes in his piece, “One may speculate about the reasons behind the Government of India’s deeply unsatisfactory response to events in Ukraine.” The reasons are not hard to seek. It would be foolish of New Delhi to antagonise Russia at a time when China is making incursions into Indian territory. There is also the matter of reciprocating the support that Russia had extended to India during the 1971 war in Bangladesh.

 Sir — The Tatmadaw has unleashed a reign of terror in Myanmar since capturing power in that country (“Costly silence”, July 28). First, it imprisoned Aung San Suu Kyi and dismantled the democratically-elected government led by her. Yet, India’s reason for not speaking up against the Tatmadaw is solid: it does not want to send Naypyidaw into Beijing’s arms. Moreover, meddling in Myanmar may stoke tensions in the Northeast.

Sir — Pakistan has pulled out of the 44th Fide Chess Olympiad because the torch relay passed through Jammu and Kashmir, which Pakistan considers disputed territory. This shows a further degradation in relations between the two countries. Both nations should work their respective diplomatic channels to try and normalise the situation. The Chess Olympiad was a perfect opportunity to ease tensions. Bonhomie between the two nations is important for all of South Asia.

Sir — Members of the Pakistan chess team landed in India on Thursday morning and went back home the same night after the country pulled out of the ongoing Chess Olympiad. This is disheartening. Sport has always been able to heal political wounds, and, given and opportunity, would have done so again.

Sir — Recent studies show that members of Gen Y and Gen Z combine more than one language when they speak. For instance, Bengalis can hardly speak a full sentence without using English words. While this may help people connect with a larger audience, the sanctity of languages is getting lost.

Sir — An analysis of public weather data over the last half century by the Centre for Science and Environment suggests that the all-India average temperature during the monsoon months is higher than that in the summer months. It is time that India includes financial incentives, preferably in the annual budgetary outlay, for effective cooling plans. Adapting to and mitigating climate change must be done on a war footing.