The thin line between ritual spells and secular magic

A holy man will vanish objects, pass skewers through his body or walk on hot coals to convince watchers of his spiritual powers 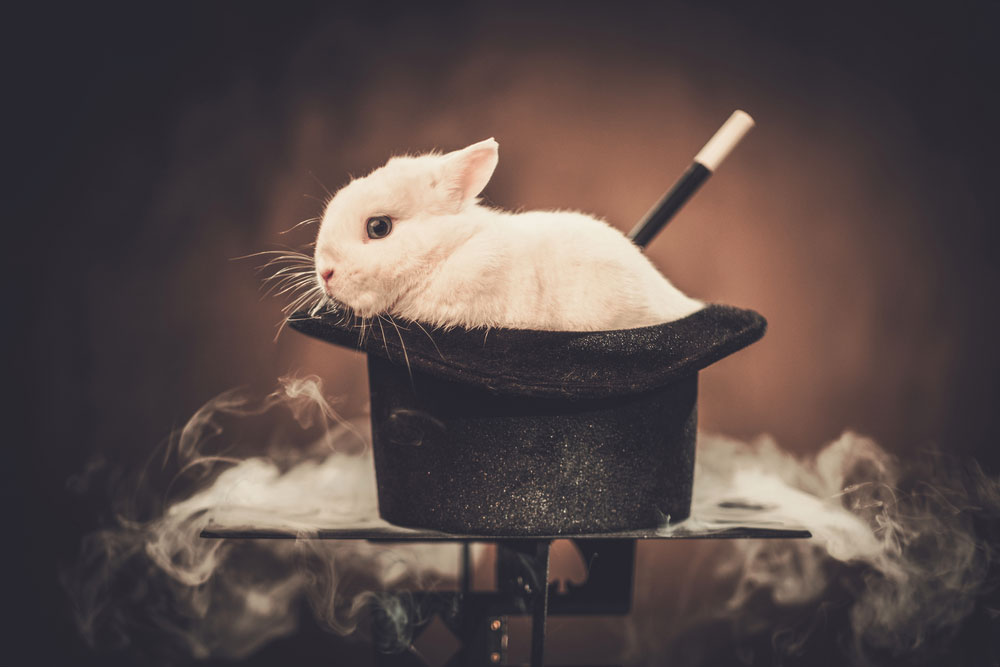 Most professional magicians will never claim that what they do is anything other than trickery. Their skill lies in fooling the spectator’s cognitive processes into perceiving an unreal effect.
(Shutterstock)
John Zubrzycki   |   Published 03.02.19, 05:41 AM

The notion that magic should be based on the fundamental precepts of science and rationality might seem alien to those who associate it with the supposed powers of godmen and the extraordinary feats of illusionists. Yet, this underlying belief in the scientific basis of magic became a weapon that would be used to bolster Britain’s colonizing mission in India in the 19th and early 20th centuries. Today, it is magicians themselves who have taken up the cudgel of rationality to counter superstition and quackery not only in India but also throughout the world.

Theorists have generally distinguished between ritual or sympathetic magic rooted in religion, nature rites and belief in the supernatural and secular magic, or magic for the sake of entertainment. Most professional magicians will never claim that what they do is anything other than trickery. Their skill lies in fooling the spectator’s cognitive processes into perceiving an unreal effect produced through the use of a real method unknown to the spectators. The magician and magic theorist, Darwin Ortiz, explains this succinctly when he writes: “Magic is not simply about deceiving. It’s about creating an illusion, the illusion of impossibility.”

In traditional Indian street magic, the lines between sacred and secular magic have been deliberately— and very effectively— blurred. A Hindu or a Muslim holy man will vanish objects, pass skewers through his body or walk on hot coals to convince alms givers of his spiritual powers. The street magician will copy those feats or add similar ones, such as being buried underground or lying on a bed of nails, for the same pecuniary ends.

They share props and symbols. They mirror each other’s methods. They move between the secular and the profane. The damru, the hour glass-shaped drum the jadoowallah beats to attract attention, also belongs to Shiva, the god of the yogis. Peacock feathers used by priests to absolve worshippers of their sins are carried by conjurers to affirm their magical skills. The antecedents of numerous tricks, from cutting and restoring the tongue, fire walking, putting a skewer or sword through the neck and restoring severed limbs, derive from the real and mythical practices of Hindu, Muslim, Buddhist and Jain ascetics.

The schism between the rational and the irrational in the sphere of magic can be traced back to the French magician, Jean-Eugène Robert-Houdin, who performed in the 1840s. His shows featured illusions and ‘experiments’, rather than enchantments, and incorporated technologies such as magnetism and electricity, both novelties at the time. Magic’s exponents had to be trustworthy and be ready to do battle against charlatanism whenever and wherever it arose.

For Robert-Houdin, modern magic not only had to break with its irrational past, but also with the stain of Orientalism. Under an increasingly assertive imperialist narrative, a post-Enlightenment stress on science and rationality as well as the influence of missionaries, magic came to be regarded as evidence of the trickery, deception and gullibility in the Indian subject.

Writing in the early 1800s, James Mill, the father of John Stuart Mill and the author of the now much-maligned History of British India, protested that belief in witchcraft and sorcery was universally prevalent in India “and is every day the cause of the greatest enormities”. Astrologers, diviners and fortune-tellers were another source of aversion for the British, particularly Christian missionaries who became increasingly active from the 1830s.

In literature and imagery, India was portrayed as a place where the Englishman must constantly guard against forces he does not understand, else the destructive magic of the Orient will take its revenge. At the same time, as these ideas began to take root, Robert-Houdin’s belief that the role of the stage magician should be to battle charlatanism left no room for the excesses and embellishments of Oriental conjuring.

In India, the break between presenting magic as something that was rooted in charlatanism and the supernatural came with the appearance in the 1880s of the first Indians performing Western-style conjuring. Belonging to upwardly mobile sections of society, these performers deliberately distanced themselves from traditional street magicians adopting Western attire, changing their names, and even adding imaginary titles such as professor to their names.

The ‘flights of fancy of the fakir’ were replaced by highly polished shows featuring Western-style tricks using the latest imported props. By doing so, they were accepted into societies such as the International Brotherhood of Magicians and were featured in magic journals. Some, like Surat-born Nahar Perianan Alvaro, used the pages of The Wizard to debunk and reveal traditional magic tricks to further differentiate himself from the lowly street magician.

Fast-forward a century and both traditional and Western-style Indian magicians are being hired by government agencies to promote HIV- awareness, the importance of birth control and to impress upon poor people the need to put their savings in the bank (think vanishing coin tricks).

The Bangalore-based magician, K.S. Ramesh, who has appeared in a slew of movies alongside stars such as Amitabh Bachchan, recently told me that he saw it as his mission to disprove the existence of witchcraft, counter superstition and to prevent people from falling under the sway of godmen.

In a country the size of India, belief in milk-drinking Ganesh statues can cause a nationwide frenzy and human sacrifices have been known to be perpetrated to gain the favour of goddesses to bring peace upon homes, locate hidden treasures, ward off the ‘evil eye’, ensure a good harvest or bring wealth. So far, Maharashtra is the only state to pass legislation against human sacrifices, although human rights activists and organizations such as the Indian Rationalist Association are lobbying for the legislation to be extended.

Meanwhile, magicians tread a fine line. The more they actively engage with their audience’s ambivalence about the supposed causes of the effect they have just witnessed, the more successful they are. But, at the same time, it is the duty of the magician to remind the spectators that what they are seeing is a trick even if they are unable to understand how it could be and still cannot make sense of what they’ve witnessed, even if they witness it again and again.

And while awareness of the difference between trickery and charlatanism is growing, it will take a long time to combat the scourge of unscrupulous shysters peddling everything from fake cures to fake news.

I got my mind read by illusionist Alexander Magu

The author’s latest book is Jadoowallahs, Jugglers and Jinns: A Magical History of India