Advertisement
Home / Opinion / The root of the poison: Political violence in Bengal

The root of the poison: Political violence in Bengal 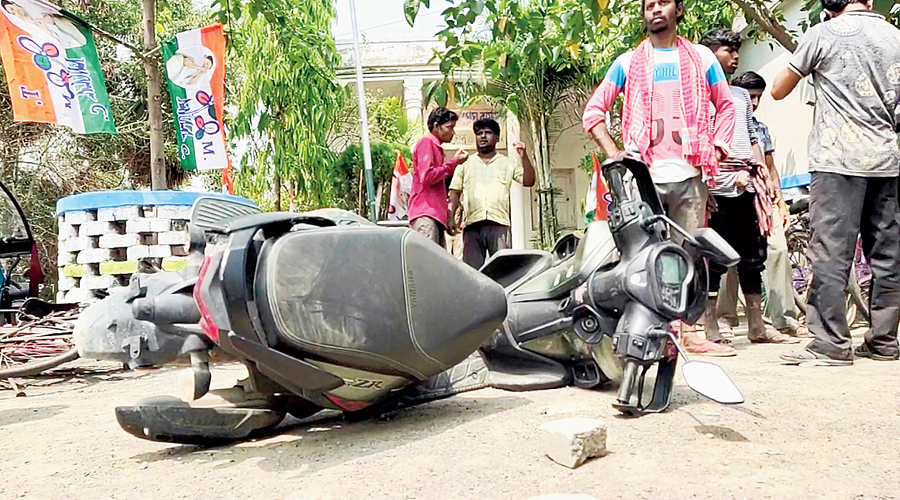 A damaged motorcycles in front of a Trinamul party office at Sainthia in Birbhum; Trinamul blamed the BJP for the violence. (Representational image)
Telegraph picture
Gautam Bhattacharya   |   Published 15.06.21, 12:52 AM

Even though the number of cognizable crimes per lakh of population in 18 Indian states is higher than that of West Bengal, the latter has acquired the dubious distinction of recording the highest number of episodes of political violence for quite some time. According to the latest report of the National Crime Records Bureau, the crime rate — the number of cognizable crimes under IPC per lakh of population — was the highest in Kerala (499.7) in 2019, followed by Haryana (386.4) and Assam (358.9): Bengal stood 19th (162.3). In terms of the number of murders per lakh of population, Jharkhand (4.3), Arunachal Pradesh (4.0) and Haryana (3.9) occupy the first three positions. Bengal (2.0) ranks 17th. In economic offences, the rank of the state is 15th. In all these headers, Bengal’s crime rate is lower than that of the national average. As far as crimes against women per lakh of population is concerned, the first three spots have gone to Assam (177.8), Rajasthan (110.4) and Haryana (108.5) with Bengal being 8th (64.0). Crimes against scheduled castes are the lowest in Bengal (excluding the predominantly tribal states).

Yet murders committed due to ‘political reasons’ are the highest in Bengal (12), followed by Bihar and Jharkhand (6 each) and Andhra Pradesh (5). Murder for political reasons is perceived differently when compared to other motives for murder — property or family disputes, personal vendetta, illicit relationship, dowry, insurgency, dacoity, serial killing, honour killing, killing due to religious or caste reasons and so on. Whereas the first kind is thought to be directly linked to the democratic entitlements of people, the other motives are considered to be related to the criminal instinct of an individual or a mob. During Left Front’s rule in Bengal, the Congress-led United Progressive Alliance at the Centre often talked of the ‘deteriorating law and order’ in the state citing instances of violence rooted in partisan politics. There were allegations that political violence in Bengal is not reflected in police records as thanas refused to register such complaints. The narrative did not change when the Bharatiya Janata Party came to power at the Centre and the Trinamul Congress in the state. In order to understand the roots of political violence in Bengal, we need to look into the evolution of grassroot politics in Bengal in the last four decades.

The first Left Front regime (1977-82) implemented a three-tier panchayati raj system in 1978 and delegated enormous financial and administrative powers to zilla parishads, panchayat samitis and anchal panchayats. Although panchayats or union boards were there in many Indian states in some form or the other, the Left Front’s experiment in Bengal was unique on two counts. First, the financial and the administrative powers delegated to these grassroot institutions were considerable; second, the elections were fought right up to the village level on party lines. The decentralization of power transformed rural Bengal in the initial years and set up the base of the popularity of the Left Front that enabled it to rule for the next three decades. Ramakrishna Hegde of the Janata Party adopted the Bengal model as chief minister of Karnataka in a slightly different form to empower the people at the grassroots. Rajiv Gandhi as prime minister was so impressed by these two models that he wanted to amend the Constitution to make panchayati raj a mandatory, integral system of district-level administration for the whole of India. The 73rd amendment brought by the P.V. Narasimha Rao regime in 1992 entrusted powers to the gram sabha by the state legislatures and envisaged the institution to perform specific functions. This amendment did not specify the method to be followed in the establishment of panchayats. Many states — Karnataka, Tamil Nadu, Andhra Pradesh, Gujarat, Maharashtra, Rajasthan, Madhya Pradesh, Uttar Pradesh, Punjab, Haryana — continued to have elections at the village level on a non-political level. In Bengal, however, gram panchayat elections were fought along political lines. Since the 1990s, it has been argued that the social fabric of rural Bengal has been getting divided along the lines of partisan politics ever since the introduction of the panchayati raj system.

The introduction of electronic voting machines enabled political parties to get an idea about how many votes have been polled in a booth and perhaps even who supported them and who didn’t. As a result, political parties started taking ‘remedial’ steps at the booth level. Enhanced ‘booth management’ facilitated bitterness among villagers and, sometimes, within families. One consequence has been the intensification of political violence before or after elections.

Even in states where village-level elections are fought on non-political lines, the political affiliation of candidates is well known to voters. But the fact that the candidates fight these polls sans party symbols helps in restricting the competitiveness. The political leadership and the law-makers must think of ways of minimizing the venom at the grassroots to lessen political violence.