The role of external players in the Israel-Palestine conflict 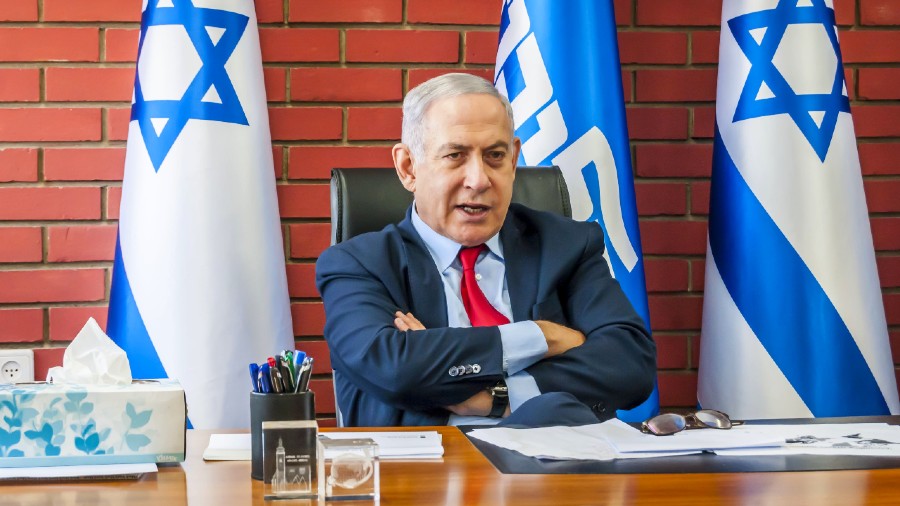 The eleven-day military tensions between Israel and Hamas brought back the spotlight on the old and perennial Israel-Palestine conflict which can arguably be considered one of the most debated and studied peace and security issues in contemporary history. With respect to the present conflagration, the move to upset the status quo in Jerusalem’s Sheikh Jarrah and on the Temple Mount is believed to be the trigger. Hamas was quick to escalate, thus turning away the attention of some of the key external stakeholders from the Israeli government’s actions. In Israel, Prime Minister Benjamin Netanyahu, who is battling corruption charges, found this crisis to be an opportunity to put across the point that he was indispensable. In a different context, the same can be said of Hamas, which was eager to pitch itself as the only popular entity of the Palestinians.

Externally, the Israel-Palestine conflict ignites visceral emotions in many places and perhaps no other issue gains so much attention from the rest of the international community. In the current crisis, meetings of the United Nations general assembly as well as the security council were convened to discuss the worsening situation; even in the midst of the Covid-19 outbreak, many foreign ministers flew to New York specially to participate in the deliberations. Yet again, one consistent aspect in the current crisis was the proactive role of the United States of America along with regional powers in bringing the two parties to agree to a ceasefire, although tensions continue at the point of the trigger.

However, a number of important changes need to be unpacked in the current context to understand the role of relevant external players in future escalations. In the last 70 years, after the eclipse of the United Kingdom as the leading power in the region, the US, with its financial and military muscle, has shaped the developments in the area. In the current crisis, the initial reaction of the US administration was a condemnation of the actions of Hamas and a reiteration of its support for Israel’s right to defend itself. Within the context of the UN security council, a UN resolution condemning Israel was vetoed by the US, which was also expected and in line with the bipartisan consensus on the need to support Israel.

However, within the US, several new dynamics are shaping its strategy towards the region. As the situation in Gaza worsened, with more and more human lives lost because of Israeli retaliation, courtesy Israel’s asymmetrical military dominance, a more leftist wing of the Democratic Party became more vocal and critical of the response by the Joe Biden administration. There were mass protest rallies in big cities like New York. The independent senator, Bernie Sanders, a Brooklyn-born Jewish-American, called for a more proactive role by the Biden administration in defusing the tensions. President Biden, a consummate politician, was quick to adjust the earlier stance of his administration. In a politically divided US, Biden needs the support of every segment of the society, particularly those with Democratic Party leanings. The change was reflected in the White House press leaks which indicated that Biden had called the Israeli prime minister — who had lived, studied and worked in the US for many years — six times. It was reported that in his last call, Biden, who has known Netanyahu for 40 years, resolutely conveyed that he wants a ceasefire at the earliest.

The views of younger Jewish Americans are worth taking note of. A Pew Research study based on a survey of 4,718 Jewish-American adults fielded from November 19, 2019 to June 3, 2020 mentioned that 71 per cent of Jewish adults (including 80 per cent of Reform Jews) are Democrats or independents who lean toward the Democratic Party. “Overall, more than half of U.S. Jews also gave a negative rating to Benjamin Netanyahu, Israel’s prime minister for more than a decade. Even so, when it comes to the Israeli-Palestinian conflict, just over six-in-ten U.S. Jews (63%) say they think a way can be found for Israel and an independent Palestinian state to coexist peacefully.”

This is not surprising as for more than a decade, in contrast to a more conservative lobbying group called the American Israel Public Affairs Committee, J Street, a liberal non-profit advocacy group, has shaped a parallel narrative of many young and middle-aged Jewish Americans. J Street advocates that the US leadership should facilitate conciliation in the region while also being unequivocal about Israel’s right to exist. While taking note of the impact of these developments, one cannot turn a blind eye to the several incidents of anti-Jewish violence across the US, which occurred simultaneously with the protests in favour of Palestinians that raged in the big cities. The physical attacks and online anti-Semitic abuse against the Jewish American community has seen an uptick recently.

For much of the last century, the US’s interest in the stability of the Middle East was seen as being largely predicated on the need to protect its oil supply. Any regional instability would immediately have an impact on the oil prices and supply, thus triggering inflationary trends. This dependence continues to decline on account of two factors. First, the US domestic oil production has increased on account of hydraulic fracturing and horizontal drilling that tap into vast reserves of oil in shale rock formation. Second, according to the US Energy Information Administration, the “imports from Canada increased significantly since the 1990s, and Canada is now the largest single source of U.S. total petroleum and crude oil imports”. It notes that “in 2020, Canada was the source of 52% of U.S. total gross petroleum imports and 61% of gross crude oil imports”. In contrast, “10% of U.S. total petroleum imports and 12% of U.S. crude oil imports were from Persian Gulf countries in 2020”. With its dependence on the Middle East’s oil seeing a progressive decline, the US administration’s priorities to safeguard its economic interest will shift to other regions.

In the current context, there is also the factor of the regional permutations and combinations of new alliances. Israel and the US have a seemingly extensive intelligence sharing network, which is particularly important in the context of attempts to check Iran’s alleged nuclear proliferation plans. The country’s programme for nuclear proliferation remains the most important security issue not only for the US but also for Israel and the de facto leader of the Arab world, Saudi Arabia. Both Israel and Saudi Arabia see Iran’s nuclear programme as an existential threat. Although Saudi Arabia has officially denied it, Netanyahu is reported to have met the Saudi crown prince, Mohammed bin Salman, in November 2020. In the regional context, economics is also having an impact on geopolitical calculations. It becomes an economic imperative for the richer Gulf countries like Saudi Arabia to engage with Israel, a regional economic powerhouse with one of the highest per capita incomes in the region, as they attempt to diversify their oil-dependent economies. The Abraham Accords that normalized Israel’s relationship with the United Arab Emirates and Bahrain is a manifestation of the changing regional reality.

There is little doubt that the US, with key regional players, had a significant role in de-escalating the current crisis. The uneasy status quo will make the eruption of the next crisis inevitable. However, against the background of changes taking place within and among key external stakeholders, the past is no longer a sufficient guide for predicting the interest of, and the scale of substantive intervention by, the key external players in future bouts of the Israel-Palestine conflict.