CAA and its divisive tenets 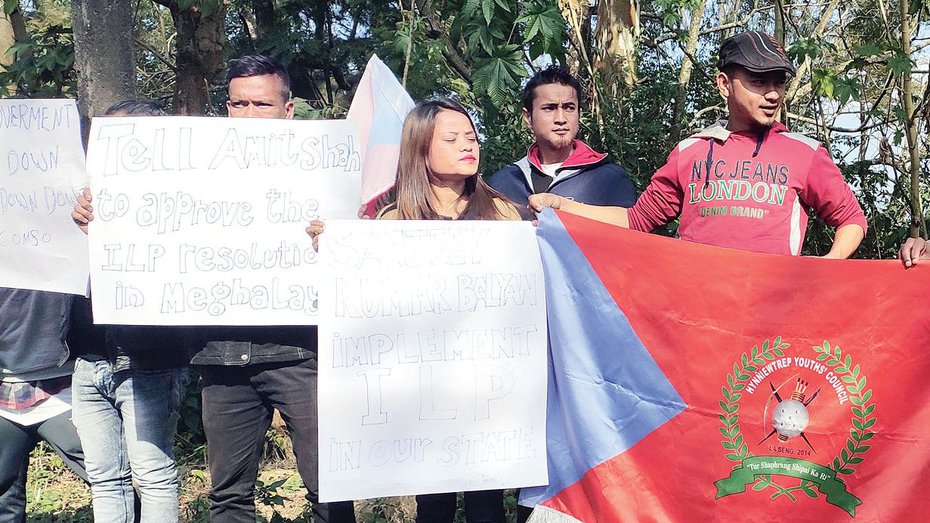 NGOs protest near the BJP Meghalaya state office in Shillong against CAA, and demand the implementation of ILP.
File photo
The Editorial Board   |     |   Published 09.03.20, 07:13 PM

The Citizenship (Amendment) Act is quite frank about its discrimination on the basis of religion. Its formulators may have expected it to further the polarization between communities that is part of the agenda of Hindutva. But a divisive instrument such as the CAA may cause more divisions than expected, as the violence in Meghalaya demonstrates. Protests against the CAA are taking place in many parts of the country — they began in Assam, Meghalaya’s neighbouring state. The countrywide protests, in which numerous Hindus have demonstrated their concern side by side with Muslims, are chiefly against the discriminatory thrust of the CAA and against the demand for ‘proofs’ of trans-generational Indianness that is the substance of the National Register of Citizens. The conflict there is between the State — represented by the police and excitable followers of the Bharatiya Janata Party — and the people. But in Meghalaya the conflict has developed along different lines, between tribal bodies and non-tribal residents. There are now deaths on both sides, and Shillong was put under curfew for a while.

The Khasi Students’ Union’s objection — the Khasis, Garos and Jaintias are the main tribes in Meghalaya — to the CAA springs from an insecurity about ‘outsiders’ that long predates the citizenship law. The depth of this insecurity can be gauged by the fact that most of Meghalaya is protected by the Sixth Schedule, which would prevent the CAA from being implemented there. Given its border with Bangladesh, the fear of a sudden influx of Bengali Hindus with a claim to citizenship that would upset the demographic balance of the state, putting the tribal residents at a disadvantage, has aroused anxieties afresh. The inner line permit is not operative in Meghalaya as it is in certain other states of the Northeast, and people from other states live and work there. A law like the CAA was bound to trigger the barely dormant insecurities of the indigenous peoples and sharpen hostilities between tribal and non-tribal groups. The KSU is protesting against the CAA and demanding implementation of the ILP, which would limit entry of people from other states to a fixed time. Violence erupted when the KSU was holding an anti-CAA meeting near the border, and a tussle with non-tribal residents led to a death. Retaliation led to more deaths, showing how the CAA has caused old conflicts to surface, although not between two religious communities.