The perils of groupthink in hierarchical organizations 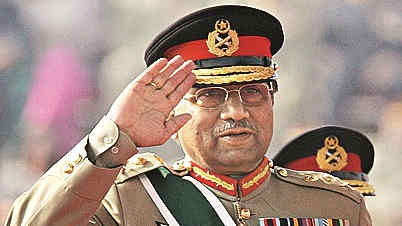 Ayub Khan, Pakistan’s first military dictator, was once asked by a close associate how he made the error in judgement of approving ‘Operation Gibraltar’ that led to the 1965 war with India and, ultimately, his downfall.

Operation Gibraltar was a plan to infiltrate the Kashmir Valley with large numbers of Pakistani troops in the guise of freedom fighters. This would, the expectation was, catalyze an insurrection and popular revolt and end Indian occupation in Kashmir. Ayub Khan was assured by his sycophants and by the foreign ministry (led, at the time, by Z.A. Bhutto) that India would not widen the conflict, which would remain confined to the Kashmir Valley and parts of Jammu. Gibraltar was launched sometime in early August 1965. A month later, Indian forces had crossed the international border in Punjab and were on the outskirts of Lahore. Pakistan, many in the country legitimately felt, had expected to fight for Kashmir but, instead, was battling for its survival.

Three assumptions had underwritten the plan: there would be an insurrection in the Valley; India would not launch a counter-attack on Pakistan-occupied Kashmir; and, finally, that it would not launch an offensive across the international border. As it happened, all those assumptions were wrong and were belied.

So the question somewhat naturally arose: why did Ayub Khan launch Operation Gibraltar so naively? Many reasons were advanced then and one that gathered traction is that hubris on account of an earlier conflict in Kutch in which Pakistan felt it had gained the upper hand had bred a false overconfidence. Similarly, there was an over-assessment of Indian weakness after the 1962 India-China conflict and this further added to the sense of overconfidence.

Hubris certainly plays a major part in all errors in judgment flowing from overconfidence. Yet, this was not entirely convincing to many in Pakistan and, possibly, that is what led to the question being put to Ayub Khan. The answer is revealing. Ayub Khan said, “My error was not to have established a counter syndicate.”

A ‘counter syndicate’ is military staff college terminology for having the benefit of a contrarian or opposing point of view. This is an old tradition within the armed forces. When drawing up an operational plan, an opposing group is set up to find weaknesses in the approach being adopted so that it can be defeated. Being alive to these weaknesses leads to modifications and strengthens the original plan. The origins of this possibly lie in military thinkers recognizing the real dangers of groupthink in hierarchical, tightly-disciplined organizations.

The risks of groupthink are widely recognized, even if theoretically. Counter syndicates have now evolved, deepened and changed beyond the tactical limits of operational military planning. These now approach the status of a discipline in itself under the rubric of ‘Red Teaming’. The basic idea is to build contrarian thinking, critical approaches and dissenting views into any planning approach or in any system or project development. Their remit is also wider. As opposed to two groups emerging from a similar mindset and shared assumptions, as happens in counter syndicates in military staff colleges, a

Red Team methodology is much more radical with every starting point left open for fundamental questioning from a multidisciplinary point of view.

In the United States of America, after the 9/11 attacks in particular, Red Teaming became a kind of new mantra especially for security and intelligence organizations. The premise was that a new world had emerged and there should be teams, preferably from outside the system, tasked to think the unthinkable as a critical input into any policy. Notwithstanding this, the US record of intelligence and military failure — Iraq and Afghanistan are examples — remains significant. The point, therefore, is also of decision-making authorities first being willing to encourage critical and contrarian thinking and, then, being open to receiving, incorporating and considering such dissenting inputs.

Encouraging contrarian thinking within established hierarchies and mindsets has some interesting historical antecedents. In medieval Europe, the Vatican had an office known as advocatus diaboli — the ‘devil’s advocate’. His mandate was a curious but possibly essential one — to discredit and debunk potential candidates for beatification or sainthood. This meant being sceptical about a candidate’s moral character, looking for flaws in the evidence in favour of sainthood, and debunking miracles attributed to him or her. The office no longer exists but traces of its methodology continue, possibly in a different form. Thus, Christopher Hitchens, a bitter critic of Mother Teresa, was asked by the Vatican to present evidence against her as part of her canonization process.

The point simply is that groupthink has a kind of inevitability to it in most organizations and the challenge for policy-makers should be to find ways to evade it. Clearly, this can only happen if policy-makers are prepared to have their assumptions questioned and their favoured positions shaken. It is certainly not easy. Another cocky military dictator in Pakistan, General Pervez Musharraf, had intruded deep across the Line of Control in Kargil in 1999, trapped in his own assumptions that India would negotiate rather than fight to evict the intrusion. It was a fatally flawed assumption. But Musharraf in his own hubris was even more blind than Ayub Khan to the perils of unquestioned assumptions: “Too much analysis tends to paralysis” was a favoured malapropism of his. Groupthink in his set-up extended beyond military matters with consequences that are still there to see. With some justification, one of Pakistan’s most prominent military contrarians, Air Marshal Asghar Khan, had titled a book We have Learnt Nothing from History in 2005.

Much, in fact, depends on the policy-makers themselves and, here, traditional wisdom and modern management thinking may converge to a greater extent than expected. Call it ‘Red Teaming’ or by whatever other name, the point is that the absence of informed dissent accelerates the rush to hubris.

T.C.A. Raghavan is a former high commissioner to Pakistan and Singapore