A distinct politics cannot be imagined without a distinct ideology, viable strategy and effective tactics 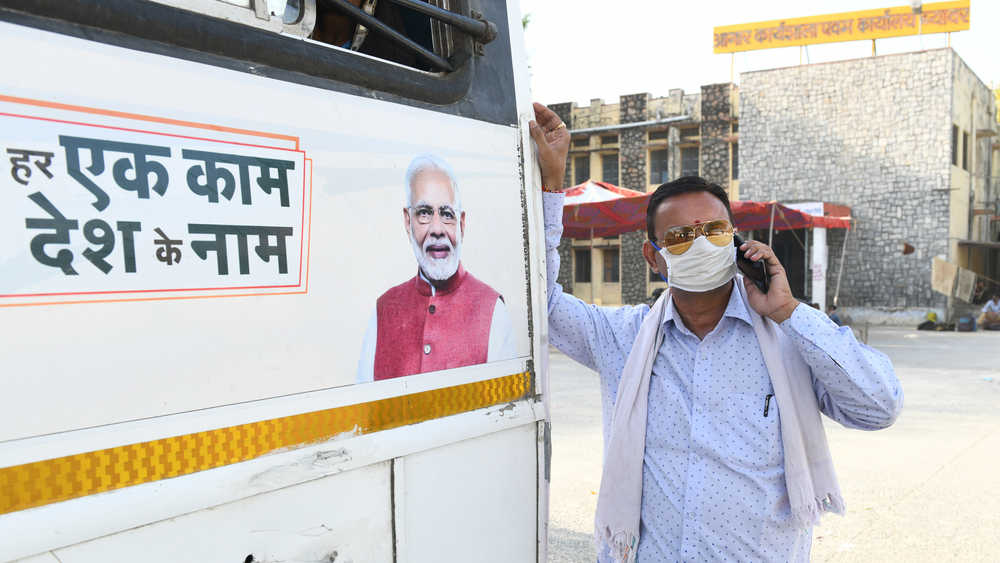 August 5, on two consecutive years, brought a deep sense of disappointment to large sections of politically conscious people in India. In 2019, this was the day when the Bharatiya Janata Party-led government at the Centre, in a unilateral decision, struck down Article 370 from the Constitution. That the Narendra Modi government could get it done despite not having an absolute majority in the Rajya Sabha was one of the main points of dejection. In a stunning turn of event, members of the Bahujan Samaj Party, Aam Aadmi Party, YSR Congress, Biju Janata Dal, Telugu Desam Party, All India Anna Dravida Munnetra Kazhagam and Asom Gana Parishad extended support to the Centre’s move. Earlier, these parties had pledged to uphold secularism and regional autonomy. Now, they are willing to endorse the idea of Hindutva hegemony.

A year later, in 2020, the BJP moved ahead with its plan to consolidate its Hindutva politics with bhoomi pujan celebrations in Ayodhya. It was striking to see many leaders of the Congress attempting to assimilate themselves into the Hindutva brand of politics. Some of them organized Hanuman chalisa recitals; Priyanka Gandhi Vadra hailed the construction of the Ram temple where the Babri mosque had stood. Even in its controversial judgment on the Ayodhya issue, the Supreme Court had called the destruction of the mosque a criminal act. A few days later, when some Muslim activists, who had been associated with the Shaheen Bagh  protest, joined the BJP, the AAP launched a ridiculous political attack, claiming that the Shaheen Bagh episode had been planned and executed by the BJP.

What is the significance of these three examples? Most of the non-BJP parties (with the singular exception of the Left) have lost their ideological plane on which they stood. The economic content of their ideology had been diluted long back. Since the dawn of neo-liberalism, the raison d’être of their opposition to the BJP had been limited to their claim of being the protector of constitutional values. But the three examples show that they have discarded that pretence and are now in the race of proving themselves to be even more ‘Hindu’ than the BJP.

A distinct politics cannot be imagined without a distinct ideology, viable strategy and effective tactics. If a political formation’s commitment to its ideology becomes hazy, it loses the ability of presenting a narrative that could enthuse its supporters and attract the masses. Post 2019, non-BJP parties seem to be suffering from this affliction and this road will lead them towards their irrelevance.

However, such a narrative cannot be developed without having a clear understanding of contemporary politics the world over. A cursory look at trends in the democratic world will show that this is an age of insurgency — be it of the right-wing or left-wing kind. Narendra Modi, Donald Trump, Boris Johnson epitomize right-wing insurgencies; Bernie Sanders, Jeremy Corbyn or Pablo Iglesias (Spain) represent a kind of left-wing insurgency.  The days of centrist politics are over, at least for now. In India, the right-wing space is occupied by the Modi-led BJP. The only space where possibilities remain is the left flank.

If non-BJP parties want to make a new beginning, they must remember what the iconic leader of the British Labour Party, Nye Bevan, had said of the Left in the 1950s: “We have never suffered from too much audacity; we have suffered from too little.” In this age of insurgency, ideological audacity may be a pre-condition for success. Re-asserting the principles of secularism and social justice in unambiguous terms would be an integral part of this effort. But it may not be enough. Without presenting a new economic agenda that is different from Modi’s welfarism, no leader or party can hope for definitive electoral success. It seems that the Congress and other non-BJP parties are least interested in presenting a narrative that can generate hope among the masses disillusioned with their earlier neo-liberal agenda.

A beginning in the direction of a credible plebeian politics could only be made with the declaration of a policy programme that must include the following: a commitment to bring back planned development; giving public sector a central place in the economy; imposing a new progressive tax regime that comprises wealth and inheritance taxes; bringing health and education under public control and planning and, of course, a programme of green industrial and energy revolution.

The recent upheavals in the Congress show that when a party loses its ideological steam, it also loses organizational coherence. The other non-BJP parties are not immune to this situation. Endeavouring for a new ideological resurrection has thus become an existential question for them. They have to choose between remaining a relevant political force with constitutional obligations and becoming willing partners in the Hindutva project.