Advertisement
Home / Opinion / The darkness below the lights

The darkness below the lights

70 per cent of the children in Sivakasi, working long shifts under hellish conditions for beggarly wages, are girls in pigtails 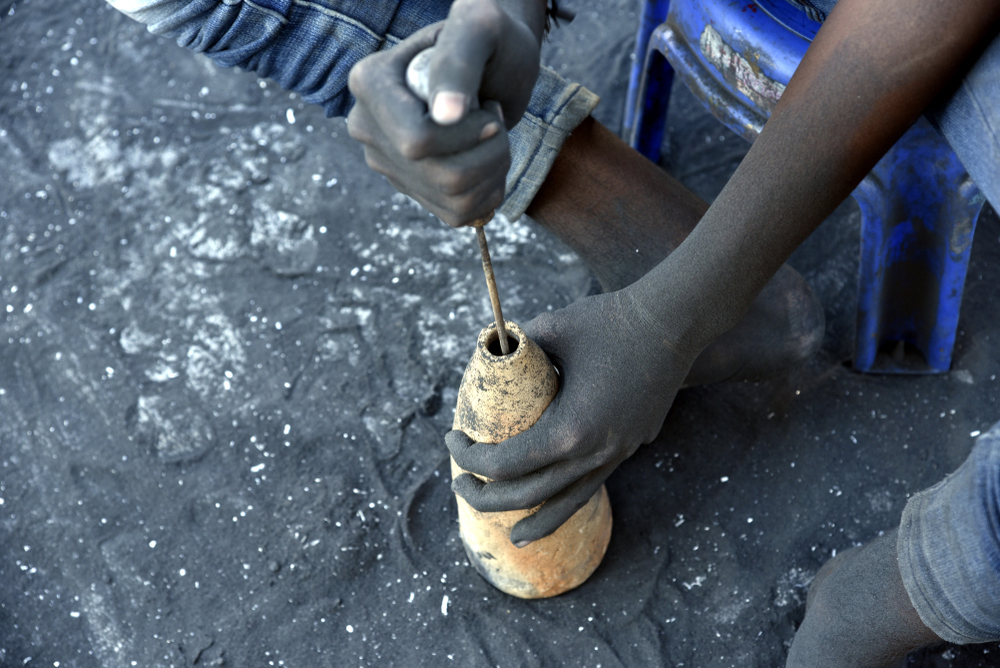 While complaining of government indifference to the plight of working children, critics often forget that there is no dearth of legislation on child labour. The problem lies in the authorities' failure to implement the tall promises that the masses have been hearing for ages
(Shutterstock)
Vidyarthy Chatterjee   |   Published 05.12.18, 12:08 PM

Certain affluent segments are known to take a strange sort of pride in telling themselves that Sivakasi fireworks light up American skies on July 4 and have been used at the opening and closing ceremonies of more than one edition of the Olympics. Perhaps this pride would dim a bit if they were told that Sivakasi is an abomination that India could do without. In Sivakasi, workers, especially children, have died or been scarred for life while making fireworks.

In September 2012, Sivakasi witnessed an explosion that claimed 54 lives. Between January 2011 and September 2012, there were at least eight explosions in or near Sivakasi. But Sivakasi remains where it has been because of the patronage enjoyed by factory-owners from police and politicians. The government and the fireworks industry seem to think that if things are ‘handled’ properly, they are unlikely to suffer serious damage.

The blight of Sivakasi was docu-memorialized by the late Chalam Bennurkar almost 25 years ago. The film, Kutty Japanin Kuzhandaigal (Children of Mini-Japan), chronicled the stark tragedy of Sivakasi’s children without childhood. Seventy per cent of the children, sweating it out in 10-12 hour shifts under hellish working conditions for beggarly wages, are girls in pigtails. Bennurkar focussed on the overworked, underpaid children through a detailed enquiry into situations that had driven them to the factory gates. The century-old industry, founded by two Tamil brothers who had their initial training in Calcutta in matters of money and the manufacture of fireworks, has eager consumers in India and abroad.

The morning is still dark when company buses pick up sleepy children from the villages around Sivakasi. The daily grind begins once the buses deliver their human cargo at the factory gates. There is a short recess in the afternoon when the children wolf down the curd-rice they bring with them from home. It is late in the evening when, exhausted beyond description, they return home. The truth is that every fourth Indian child must go to work for his own survival and that of his family. While official sources maintain that the total number of child workers would be in the region of 20 million, independent sources claim that 50 million, if not more, would be a more accurate figure. There’s thus no denying the fact that the Constitution has been betrayed by successive governments at the Centre and in the states in the matter of guaranteeing children’s rights.

While complaining of government indifference to the plight of working children, critics often forget that there is no dearth of legislation on the subject of child labour. The problem lies in the failure of the authorities to implement the tall promises and pious resolutions that the masses have been hearing for ages. Legislation in the area of child labour goes back to 1881 when alarmed at the number of children employed in hazardous industries, the British Indian government drafted the first legislation on child labour. Over the years, the number of legislations has gone up; specific constitutional provisions have appeared. Yet, child labour has reached a headcount of millions.

It is said that labour contractors supplying children to fireworks factories examine their fingers closely. The girl child with nimble fingers and supple arms is preferred because these physical attributes enhance output. Pained parents are on record saying that they have no choice but to send their children to earn. These are farming people who are often at their wits’ end when the rains fail. While the adults have to go to work in nearby stone quarries, the children supplement the income by going to the factories.

A PTI despatch from Madurai dated July 12, 1991, may be quoted to show that in spite of assurances on the part of the government to make working conditions safer and enforce penalties on errant employers, nothing much has changed: “Thirtyseven persons, most of them child labourers and women, were charred to death and 70 others suffered burns in a major fire at a private cracker factory at Meenampatti, about six kilometres from Sattur in Tamil Nadu’s Kamarajar district. Police said... the fire was sparked by an explosion which occurred due to friction while explosives were being pushed into tubes in one of the factory’s 32 sheds... Rescue operations had been delayed as the factory was difficult to reach owing to lack of proper roads. Eyewitnesses had seen people running with their clothes on fire. No one dared to enter the premises, fearing further explosions...”

Bennurkar has a shot in his film that shows a statue of Gandhi at a village crossing in the Sivakasi area encircled by a wall and kept locked, presumably to protect it from thieves. In a country where even the Mahatma has to be protected from the evil eye, what hope can there be for thousands of children?

Sivakasi is a nightmare that is unlikely to go away for a long time for there is no dearth of greedy, powerful people to nurse and perpetuate the nightmare.