Return of the local

The Narendra Modi wave could be receding 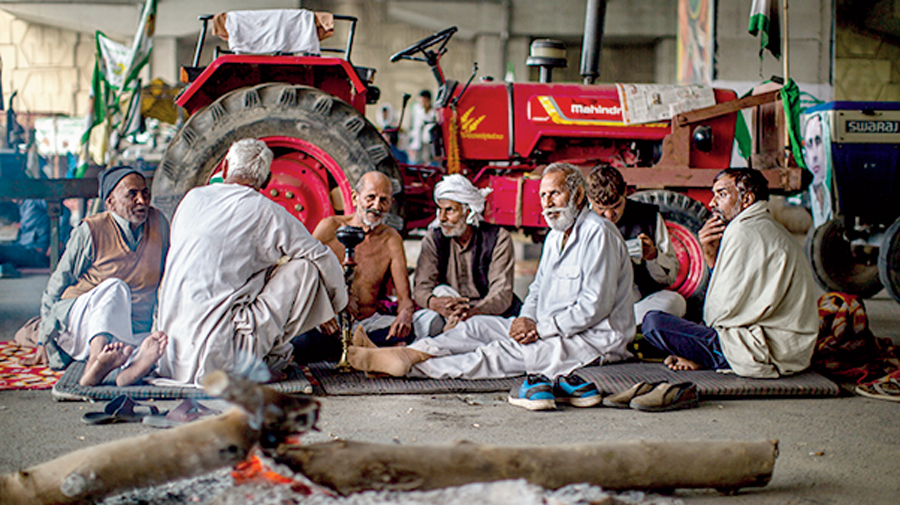 In 2014, Narendra Modi resurrected a phenomenon that had been dormant in Indian politics for three decades. This was the national wave —‘Hindutva wave’ or ‘Modi wave’ as it was dubbed then — on the back of which the Bharatiya Janata Party swept two consecutive general elections as well as a host of states early in its first term. Ever since the Congress landslide of 1984, politics had progressively become ‘localized’ and revolved around a complex matrix of caste, region, religion and welfare. Power in Delhi was won by stitching together a phalanx of disparate parties on the basis of a ‘common minimum agenda’. All that changed as a dominant BJP constructed an electoral coalition, which, with the exception of southern India, cut across caste, class and region.

The height of this national wave was the 2017 elections in Uttar Pradesh, which saw the BJP romp home with over a three-fourths majority, the biggest in almost four decades. Since then, however, this national wave has receded. With the exception of 2019, the BJP’s electoral returns have been patchy at best.

Even before the Covid-19 crisis, the old political cleavages of Indian politics — caste and language — as well as relatively new ones — class and gender — have been, almost imperceptibly, pushing back towards the centre stage. But this halting and waning national wave might just have been taken off the tracks by the more ferocious wave of the pandemic.  After a heady phase where even state politics has tracked national sentiment, politics seems headed towards a more familiar localized form.

In order to understand why, we must return to the making of the 2014 national wave, which has shaped politics ever since. It was made up of two components — Hindu nationalism and economic aspirations — both of them fused together and embodied in the leadership of Modi. While Hindu nationalism has rightly been the focus of much attention, it is often overlooked how the Modi mandate was made possible by the preceding two decades of rapid economic growth. This growth raised the horizon of expectations of the electorate, reflected in an assertive and enlarged new middle class. When these expectations were frustrated in the latter years of the United Progressive Alliance, they hitched their hopes on to Modi, voting across demographic lines on the basis of a ‘national narrative’ of Hindutva and socio-economic mobility.

In the midst of his first term, realizing he couldn’t deliver the crores of jobs he promised, Modi tempered expectations by promising a new, less-ambitious bargain. The economic aspirations of the people would be fulfilled by an enabling State, which delivered tangible goods like cooking gas, toilets and bank accounts — what Arvind Subramanian and others have termed ‘new welfarism’. Along with this, the vested interests represented by the nexus of the corrupt elites — politicians, businessmen, intellectuals, bureaucrats, union leaders — would be vanquished, creating a modern, efficient State, putting India on the orbit of prosperity.

This narrative of economic aspirations, which has been creaking under four years of economic slowdown, high unemployment, and, lately, de facto recession, is in complete tatters now. The unforgettably haunting images coming out of the second wave — dead bodies floating in rivers, people dying outside hospitals, dull-eyed relatives waiting in interminable lines for oxygen — have revealed an India that has transitioned, in the words of Yamini Aiyar, from a “flailing State” to a “failed State”. To anyone with a pair of functioning eyes and a reasonable grip of reality, India is not a ‘Vishwaguru’ or the next China; it is more comparable to Nigeria or Bangladesh. In fact, Bangladesh has better development indicators than those of India and has exceeded India on per capita income as well. Even the opium of religious nationalism can’t any longer obscure the gnawing reality that we appear today more of a ‘third world country’ than we ever did.

Even when the health crisis subsides, the effects of the severe economic crisis brought on by the first and second waves are likely to last till the term of this government. In these times of economic uncertainty, the outlook of the ordinary Indian is bleak, a far cry from the bullish days of the early Modi years. In the face of a failing State, people become more dependent on kinship and caste networks as a means of socio-economic security. It wasn’t the State that was co-ordinating demands for injections, oxygen and hospital beds, but social and community networks. Similarly, when economic resources are perceived to be scarce, the competition between communities for public goods assumes a sharper edge.

This shift of the dominant narrative from ‘aspiration’ to ‘security’ can reflect in political competition in two ways. One, it can heighten the salience of sub-ethnic identities, such as caste. The BJP’s cross-caste coalition, formed both on the basis of Hindu unity and shared economic mobility, has already been fraying with the exodus of dominant agrarian castes, such as the Jats in Haryana and the Marathas in Maharashtra. The steadily accumulating insecurity can tear this coalition further apart, with some of both dominant and non-dominant castes returning to their preferred political vehicles in order to bargain better for limited goods.

And two, it can increase the salience of the local over the national. When the horizons of expectations shift to basic necessities like healthcare and ration, the patronage of the local pradhan or councillor assumes more importance over the high-pitched rhetoric or extravagant promises coming from Delhi. In the absence of a credible promise for socio-economic mobility, a Kashyap or a Jat villager in UP who might have voted for Modi in the 2017 ‘wave election’ might revert back to the trusted local strongman of his caste. Thus, the networks of the local elites are likely to, once again, become the critical driving force driving electoral outcomes in their constituency.

It might be recalled here that the first breach in a nationally driven politics, in the general elections of 1967, came on the back of two successive droughts that had cratered growth and sent food prices skyrocketing. There were famine-like conditions in Bihar and eastern UP, the first time ever since Independence, and the country was pejoratively termed as leading a ‘ship to mouth’ existence. These were the conditions that brought the latent centrifugal forces of Indian politics — caste and language — to the fore and marked the decisive emergence of regional parties on the national stage.

Some smaller parties, which might have been written off as anachronistic remnants half way into their political graves, might now see a revival. Consider the case of the Rashtriya Lok Dal, a party of Jats of western Uttar Pradesh. It was reduced to a single seat in the 2017 UP elections (even this lone MLA later shifted to the BJP) and was wiped out in 2019. The erstwhile patriarch of the party, Ajit Singh (now deceased from Covid-related illness), as well as his son, Jayant Chaudhary, failed to even defend their strongholds of Muzaffarnagar and Baghpat, respectively. This party is now on the upswing. If one goes by its surprisingly strong performance in the recent panchayat polls, on the back of some huge rallies during the farmers’ stir, the voter base of the party is drifting back towards it. The extraordinary performance of the Communist Party of India (Marxist-Leninist) in Bihar certainly attests to the palpable current of economic frustration among large sections of voters, enough to jump-start these smaller parties.

This doesn’t mean that Hindutva is no longer the dominant ideology of the country. A long-term ideological re-alignment has indeed taken place over the last three decades and it will remain so in the foreseeable future. The BJP will also continue to enjoy its financial and organizational advantages. But if Hindutva alone could create a cross-caste solidarity or a national wave, the BJP would not have lost the 2004 or 2009 elections. Nor would it have been a marginal player in UP and Bihar for much of that decade. As Rahul Verma and I have argued, the ideological dominance of the BJP has preceded Modi, even as it has accelerated under him.

The BJP’s national wave and its statewide manifestations were constructed on a narrative that could glue together the promise of economic prosperity with Hindutva under the leadership of Modi. Insofar as the second wave has destroyed the economic narrative and blunted the leadership appeal of Modi (who has come out looking not just incompetent but, worse, a cynical politician), the clock of Indian politics seems to be turning back to the pre ‘achche din’ era. The enduring weakness of the Congress means there is no counter national narrative, leaving the field open to regional and local politics. In 2017, Uttar Pradesh was the crowning apogee of the BJP’s national wave; next year, it might well prove to be its elegy.