Caste and the Constitution 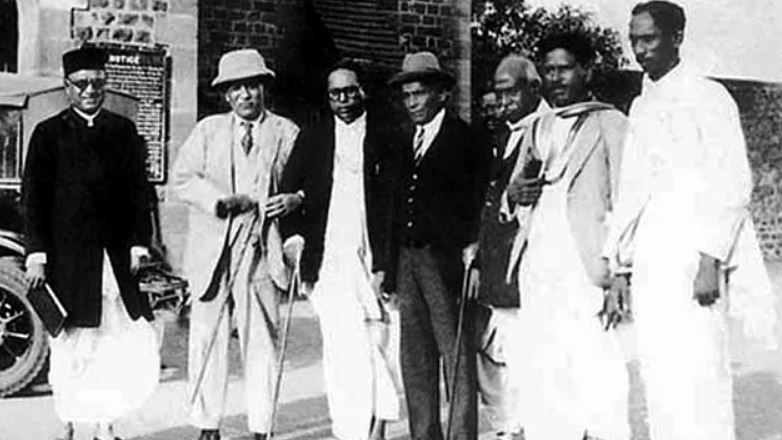 Dr Ambedkar with others during the signing of the Poona Pact.
Wikimedia Commons
Arghya Sengupta   |   Published 16.09.20, 02:08 AM

Yet, the fascination of a constructed homogeneity and equal benefits for all scheduled caste persons has meant that the law of the land as declared by the Supreme Court has remained insulated from this reality. In Chinnaiah’s case, the Supreme Court in 2004 struck down a sub-classification among different scheduled castes by the Andhra Pradesh government providing sub-quotas for each of them. The logic behind the sub-quota was simple — Malas were a dominant scheduled caste group, which disproportionately benefited from reservations at the expense of Madigas, Rellis and Adi-Andhras. The sub-quota would ensure that benefits flowed to the more backward castes amongst the scheduled castes who needed them most.

The Supreme Court, however, said that such sub-classification was impermissible. This was because, in its view, the Constitution envisaged scheduled castes as a single class entitled to reservation in Parliament and state legislatures, and for whose benefit states could reserve government jobs. The enumeration of scheduled castes could only be done by a presidential order and amended by Parliament. Though done state-wise, states themselves could play no role because that would amount to politicization.

But when Punjab provided a similar sub-classification reserving 50 per cent of all scheduled caste quota seats to Balmikis and Mazhabi Sikhs, the court, last month in Davinder Singh’s case, took a different view. It held that sub-classification of scheduled castes was a mechanism to ensure that the benefits of reservation percolate to the most backward groups and ought to be permitted. In principle, it felt that such classification was similar to the well-accepted creamy layer exclusion amongst other backward classes, which progressively reduced reservation benefits for economically better-off OBCs. While recognizing that the creamy layer was an exclusion from reservation, whereas a sub-quota was a distinct distributional principle amongst the identified castes, it called for a larger bench to settle this controversy authoritatively in light of the court’s earlier judgment to the contrary in Chinnaiah’s case.

There is plenty of interpretive room in the Constitution to support both views. But the court’s view in Davinder Singh’s case is truer to the reality on the ground. In his doctoral research, Anup Surendranath has pointed out the startling fact that in Andhra Pradesh, Malas, one of the four major scheduled caste groups, with a population share of 40 per cent has 60 per cent of all government jobs reserved for scheduled castes (as of 1997) whereas Madigas, another major group, is significantly under-represented. Even within Malas, the priestly class is dominant, when compared with other Malas engaged in menial tasks. With some variations, this pattern repeats itself in most states.

Distinctions between scheduled castes and within each caste abound, yet the law, laid down by the Supreme Court in Chinnaiah’s case and accepted so far, does not recognize them. This is neither judicial shortsightedness nor oversight but an entirely plausible reading of India’s pre-constitutional history of reservations. By virtue of the Communal Award of 1932, untouchability emerged as a bright line marker separating certain ‘depressed classes’ from caste Hindus. The Award not only reserved seats in legislatures for depressed classes, but it also permitted exclusive voting through separate electorates. This was in addition to members of depressed classes exercising their franchise for non-reserved seats. In effect, historical disadvantage was being offset by a double vote, including one through a separate electorate. This scheme was central to B.R. Ambedkar’s vision of depressed classes being distinct from caste Hindus, while remaining part of the general body politic.

As central as it was to Ambedkar, to Mahatma Gandhi, separate electorates repudiated his fundamental belief that scheduled castes must remain part of the Hindu fold. Untouchability was like a cancerous growth in Hindu society, which had to be clinically excised, rather than be eradicated root and branch by dismantling the caste system itself. When Gandhiji went on a fast-unto-death against separate electorates, the bright line of untouchability became an entrenched feature of India’s caste politics overshadowing differences above and below.

Forced into a corner by Gandhiji’s fast, Ambedkar entered into a pact, commonly called the Poona Pact, by which depressed classes would have significantly more reserved seats in lieu of separate electorates. From then on, sociological differences among various depressed classes became largely irrelevant in law. The Government of India Act, 1935 created a homogenous construct of “Scheduled Castes” all of whom would benefit equally from reservation. This arrangement continued into the Constitution where the power to recognize scheduled castes was vested in the president. Differences amongst them were subsumed as a minor secondary cost.

Such unity, necessary for a collective struggle for the self-respect of Dalits vis-à-vis caste Hindus, was a political masterstroke by Ambedkar. However, in his later years, he appeared to realize that the path to Dalit self-respect did not lie in a modern articulation of substantive equality through reservations alone. To this end, in a radical act, he embraced Buddhism in an attempt to create a moral basis for Dalit unity. But as D.R. Nagaraj in his insightful critique argued, this alternative basis, though radical and startlingly original, glossed over Dalit gods and goddesses, their established ways of life, and lived histories. True self-respect would only come when respect for Dalits arose because of such histories, not despite them and certainly not after rewriting them out of the dominant narrative.

It is the unraveling of this hard-won yet illusory collective unity (or homogeneity if you will, in judicial parlance) that is at play in the Supreme Court today. This unraveling at once reinforces Ambedkar’s view that caste is everywhere, even within untouchable society. At the same time, it questions whether Dalit unity can remain a permanent political reality. It is also a testament to the limitation of the Gandhian view that simply mainstreaming Dalits would lead to the slow death of untouchability, while affirming his belief that real reform lies in the minds of people and not in the rabbit hole of the law where the logic of reservation only spawns demands of more reservation.

It is also the continuation of pre-Independence caste politics at a changed time, with changed actors, yet in an all-too-familiar and depressing setting. Seventy years is perhaps too short a time for the shared vision of Gandhi and Ambedkar of a post-untouchability society to have evolved in India. But even today, would Abhagi, a Duley, have been able to fulfil her simple last wish of a cremation with dignity in our modern constitutional republic? It’s a question that unfortunately has no easy answers.