Writing on the Wall: An intercaste marriage 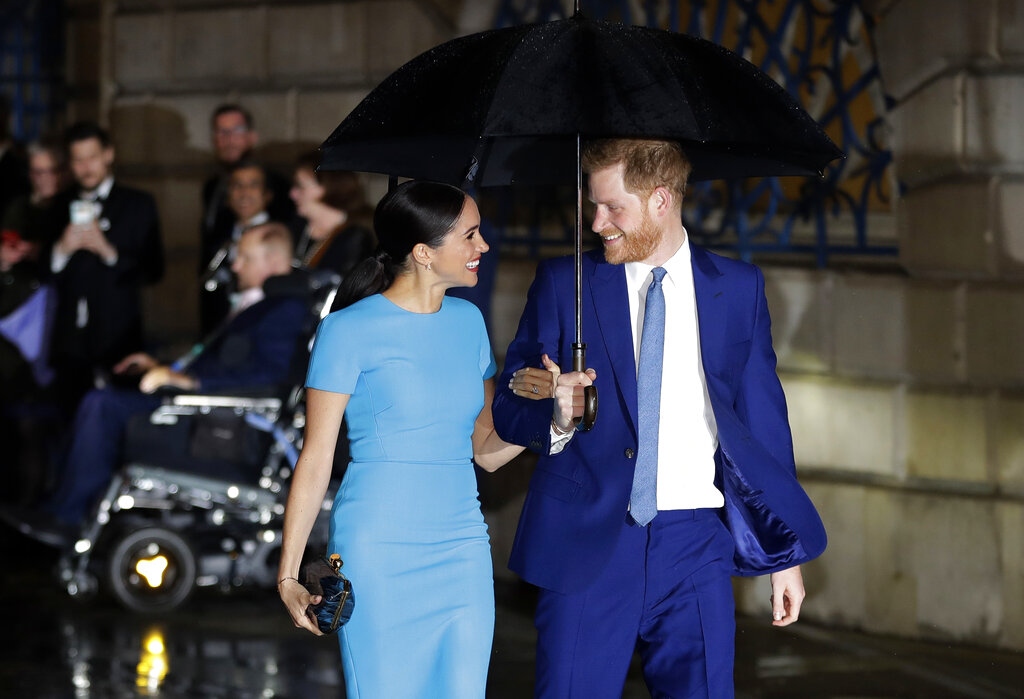 Queen Elizabeth II will probably complete a century. After her, Prince Charles will succeed as Charles III. He is already 72. If he lasts a century, his son will be 65 when he succeeds him as William V. And if William is bowled out on completing a century, his son will be 69 when he takes over as George VII. As a result of medical advances and the end of wars, it has become difficult for anyone to ascend the British throne before he is in his sixties.

William has three children: George, Charlotte and Louis. His wife, Kate Middleton, is apparently pregnant, so there will soon be a fourth contender joining the queue. Hence Prince Harry, Charles’s younger son, has a negligible and receding chance of ever occupying the throne; he will remain a prince in the shadows forever.

Charles and Diana’s marriage went sour, and both had affairs. Finally, in 1997, Diana was with Dodi Fayed, her last boyfriend, when their car crashed in a road tunnel in Paris and killed them. Harry was 13 when she died. He must have received some £6-8 million from her estate when he turned 30 in 2014. He went to Eton and did his A-levels (the British school-leaving examination). Then he took a year off. During the gap year, he started a relationship with Chelsey Davy, a rich Zimbabwean safari operator’s daughter, who was in a boarding school in England. It went on and off for nine years. She hinted later that he wanted to marry her, but that she decided against public life. Harry went to Sandhurst for military training in 2005. He served briefly with the British army in Afghanistan and learnt to fly helicopters. He left the army in 2015. Bereft for a while of girlfriends, he went on a blind date with Meghan Markle in 2016. They enjoyed it, and met again the next day; they kept meeting till they got married.

Meghan may well be distantly related to Angela Merkel, the chancellor of Germany; the original Merckels were German-speaking inhabitants of Alsace-Lorraine, which France annexed after World War II. But Thomas Markle, Meghan’s father, has nothing to do with Germany. He directed lighting on television channels. He married Roslyn Loveless in 1964 when he was 20. They quickly had two children, Samantha and Thomas Junior, and got a divorce in 1975. Four years later, he was married to Doria Ragland by Swami Bhaktananda at the Self-Realization Temple in Los Angeles founded by Swami Paramahansa, who started his life as Mukundalal Ghosh in Gorakhpur. Doria must have had a close connection with the temple, for she later became a yoga instructor. Meghan was born to them in 1981. Six years later, they were divorced. And then Thomas struck gold: he won $750,000 in a lottery in 1990. It took some time for him to spend it all. He declared bankruptcy in 2016 — just about when Harry met Meghan. He lives in Rosarito, a seaside town just south of the US-Mexico border; it is cheap and has a spectacular murder rate.

Meghan went to Northwestern University in Illinois and majored in theatre and international studies. While she was a student, she spent some time as junior press officer in the US embassy in Buenos Aires; she took an examination for foreign-service officers, and failed twice. That ruled out a diplomatic career. After she graduated in 2003, she started looking for roles in films and TV shows; maybe her father gave her some introductions. After a lean initial period, she started making half a million dollars a year.

At some point, she ran out of boyfriends and booked a blind date in London in July 2016. It turned out to be with Harry. Blind dates are normally brief, so they met again the next day; and then repeatedly. Soon the media caught on to it, and became a nuisance. In November, Harry issued a statement protesting against the racist and sexist coverage of Meghan, reporters trying to sneak into her mother’s house, and bribes offered to her former boyfriend.

They could not get away from the press in England; it had dozens of reporters covering the royalty. So they met in Botswana. Then, in March 2017, they met in Jamaica at the wedding of Tom Inskip, a friend of Harry. In May, they met at the wedding of Pippa, the sister of Kate Middleton, who is married to Prince William, Harry’s elder brother. Next year, they went back to Botswana for a leisurely three-week holiday in the wild and celebrated Meghan’s 36th birthday. Finally, in November, Harry proposed to Meghan; they got married in May 2018, and had a son a year later.

Thomas, Meghan’s father, was supposed to give her away. In March 2018, a couple of months before the wedding, he got himself photographed being measured for a wedding suit, jogging to get into shape, and looking at a picture book on Britain. His photos could have been and probably were sold for $100,000 or more. A month later, his son, Thomas Junior, wrote Harry a letter telling him not to marry the “jaded, shallow, conceited woman”; he accused Meghan of exploiting her father financially on her way up until he went bankrupt, and forgetting him when he ran out of money. Samantha, the daughter, called Meghan a social climber and Harry a “wuss” (a weak fellow), and announced that she would write a book, The Diary of Princess Pushy’s Sister. She launched an avalanche of tweets abusing Meghan. Then she changed the tune for a while in the hope of being invited to the wedding. When she was not, she abused Meghan for spending $75,000 on her wedding dress and not spending $75,000 on her father.

Meghan wrote a letter to her father in August 2018, telling him to stop telling lies to the public: his denial that she had helped him financially, that she had invited him to her wedding, and so on. The Mail published it; Thomas had clearly leaked it, and was possibly paid well for it. Meghan is suing the newspaper for invasion of privacy.

Such are the antics of Meghan’s family; they have made the day for cheap newspapers which thrive on scandal. Harry’s family has starved them; it has kept its stiff upper lip. But a video of the Christmas service in 2018 purportedly showed Meghan trying to speak to William and him busily adjusting his scarf so that he did not have to speak to her. That began a cascade of reports to the effect that the two brothers were not getting on.

It is the colourful story that emerges out of the media’s coverage of Harry and Meghan. They have moved to Los Angeles so that Meghan can restart her professional life. They have sought an end to the media’s marketing of their fortunes by suing The Mail. That is unrealistic; they are a riveting couple, and the media will keep covering them, accurately and inaccurately, with or without bias.