The man who makes Trump look like a bleeding-heart liberal

Jair Bolsonaro won 46 per cent of the vote in the first round of the Brazilian presidential election, with 12 other candidates running 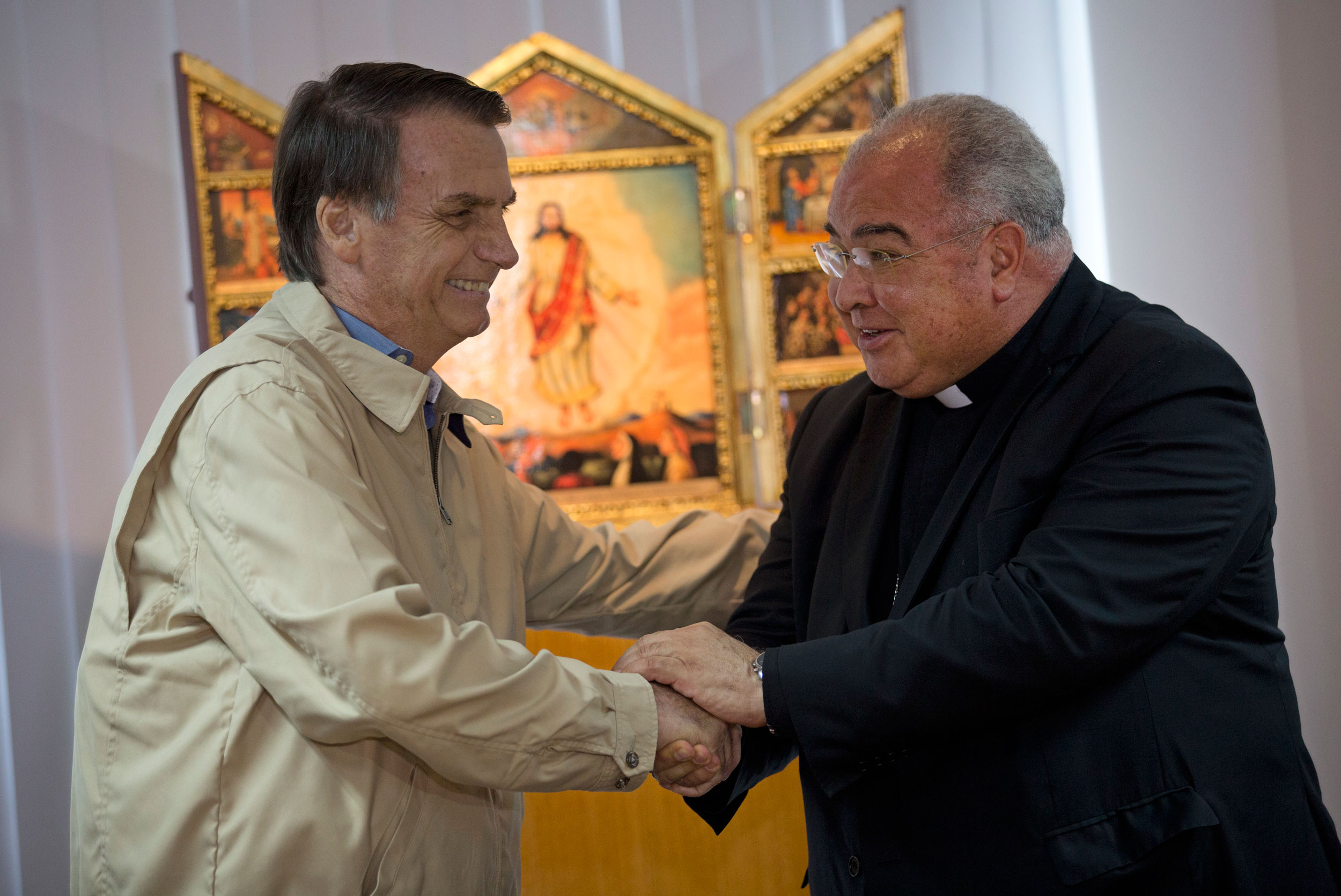 A man who makes Donald Trump look like a bleeding-heart liberal will almost certainly be Brazil’s next president. Jair Bolsonaro won 46 per cent of the vote in the first round of the Brazilian presidential election, with 12 other candidates running. Fernando Haddad, who will face him alone in the run-off soon, got only 29 per cent. Haddad, who leads the socialist Workers’ Party, will pick up most of the voters whose first-choice candidates have fallen by the wayside, but Bolsonaro needs only one in six of those votes to win the second round.

Trump and Bolsonaro are populists cut from the same cloth. Both depend heavily on social media and on the support of evangelical Christians. Both oppose same-sex marriage, abortion, affirmative action for minorities and drug liberalization. But Trump’s views shift when it is to his political advantage (he once supported most of those policies) whereas Bolsonaro has always belonged to the hard right.

Trump is an instinctive authoritarian who chafes at the restrictions of the Constitution of the United States of America, but does not attack it directly. Bolsonaro praises the “glorious” period of the military dictatorship (1964-1985), which he served as an army officer, and claims that its only error was that “it tortured, but did not kill”. (It did, actually. At least 434 leftists were killed after being tortured.)

Trump is a racist, but he talks to his overwhelmingly white ‘base’ in dog-whistle code. Last year, Bolsonaro said that the members of black rural settlements founded by the descendants of slaves “don’t do anything. I don’t think they’re even good for procreation any more.” No dog whistle there. Trump pulled the US out of the climate change treaty, and Bolsonaro wants Brazil to do the same. But Bolsonaro also wants to privatize and ‘develop’ the entire Amazon: “Not one centimetre will be demarcated for indigenous reserves.”

Trump is a sexist who was once caught boasting on tape about “grabbing pussy”, but mostly avoids such language in public. Bolsonaro told a woman member of Congress that “I’m not going to rape you, because you’re very ugly.” He believes that women should not get the same salaries as men because they get pregnant, and said that he had a daughter in “a moment of weakness” after fathering four sons. Trump claims to be a tough negotiator, but will generally roll over if you throw him a few concessions and let him declare a ‘victory’. His famously short attention span disqualifies him as an aspiring dictator. Bolsonaro, however, is a serious man. He has made a former general, Hamilton Mourão, his running mate, and promises to fill his cabinet with other generals. He once said: “You won’t change anything in this country through voting... You’ll only change things by having a civil war and doing the work the military regime didn’t do. Killing 30,000... If a few innocent people die, that’s alright.”

Bolsonaro doesn’t talk like that now, but there is no reason to believe that he has changed his mind. Brazil may be in for some nasty surprises, and beyond its borders Bolsonaro’s presidency will encourage neo-fascists and would-be military dictators in other Latin American countries. That’s the real concern, and it extends to other continents. The wave of non-violent revolutions that spread democracy to every part of the world (including Brazil) in the past few decades seems to have gone into reverse.

In some countries — Thailand, Egypt — the generals are openly back in power. In others — Turkey, Hungary and the Philippines — ‘illiberal democracies’ run by strongmen have replaced the genuine article. Even in long-established democracies like the US, the United Kingdom and Italy, the nationalists and populists dominate the political scene. How bad will it get, and how long will it stay bad? Quite bad and for quite a while. The world is entering the last critical decade before climate change overwhelms us with a growing number of governments that are not only potentially violent but militantly ignorant.