The laws on contempt and sedition threaten democracy 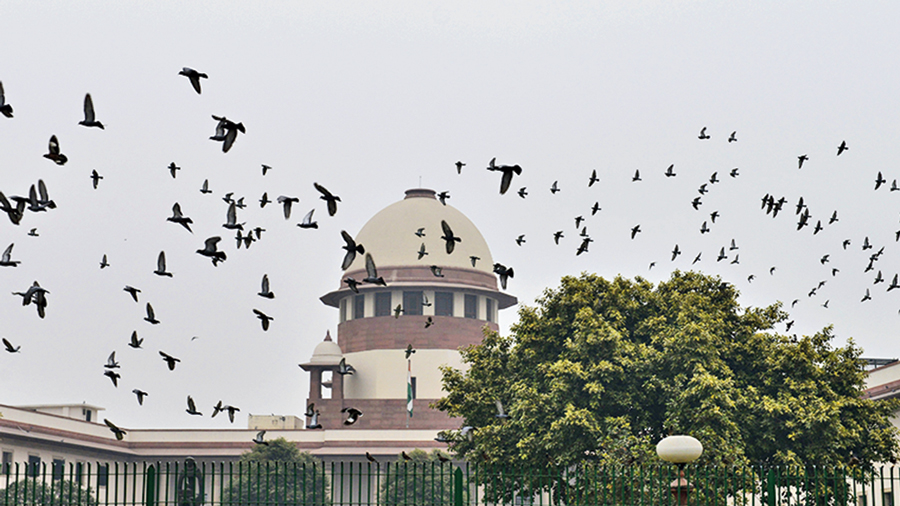 The observations of Justice D.Y. Chandrachud while considering the bail application of Arnab Goswami reflected the spirit of the Constitution. The judge said that if the top court does not interfere in the event of an illegal arrest, “we are travelling a path of destruction”. Liberty of the individual is the first promise of the fundamental law. While the procedural prescriptions in the Code of Criminal Procedure that mandate the filing of bail applications before the competent court need to be the norm, those should not prevent the top court from invoking its jurisdiction to favour liberty in critical situations. Justice Chandrachud’s dissenting view in the Bhima Koregaon case (Romila Thapar vs Union of India (2018)), in which he advocated for liberty of the activists and their right to a fair investigation, was more than a dissent. Judicial history demonstrates that the dissents from the bench during unjust political situations have acted as long-term institutional critique persuading the court to introspect. As Justice Hugo Black described, those were intended for “the intelligence of the future day”.

Viewed so, the criticism of the court by the comedian, Kunal Kamra, is, again, an institutional criticism in a different language. The tweets may even be annoying or shocking to a conventional institutional mindset. The fact that the attorney general granted sanction to prosecute Kamra does not mean that he is guilty. It doesn’t even mean that the court will initiate action for contempt. Rule 3 of the rules to regulate proceedings for contempt of the Supreme Court, 1975 says that the attorney general’s consent is needed to examine a petition seeking initiation of contempt proceedings. It only means that the top court gets an opportunity to go deeper into the content of the criticism while deciding whether the comedian should be proceeded against.

The entire criticism against the Supreme Court has a constitutional basis as Article 14 promises equality before the law and equal protection of the laws. Al Jazeera reported that “India’s Supreme Court [is] in [the] spotlight over bail for divisive anchor.” In a report in The Wire, Ismat Ara and Sukanya Shantha have given a long list of activists, journalists and politicians who are incarcerated in different jails in the country as their bail applications were rejected.

How the Supreme Court has attempted to change its philosophy on rights and even its public image immediately after the Emergency is a crucial lesson in India’s legal history. What one should be careful to find out is the invisible linkage between the dissent, say, of Justice H.R. Khanna and the perceptions of the later Supreme Court. The Supreme Court is criticized for the alleged selective approach, rather than for granting bail to the television journalist. One could think that in a given case, the court is concerned only with legal adjudication rather than an ethical or political assessment of the individual or the causes that led to the individual’s predicament. The legal constitutionalism adopted by the Chandrachud-Banerjee bench, however, cannot erase the relevance of the criticism of the court as an institution, which is essentially based on political constitutionalism.

Therefore, it follows that a political criticism of the court as an institution is in a broader realm and it has deeper connotations. Such criticisms of the court have arisen in very many constitutional democracies and dictatorial democracies in recent times. These are not directed against the attitude of the courts alone but they are also about the legislative gestures that enacted the draconian laws and the executive postures which invoked them. As such, Kamra’s criticism needs to be analysed in the light of the factors that encourage the present day’s aggrandizing executive, a legislature that made it, and a judiciary impacted by it. On a closer scrutiny, even the offensive vocabulary in Kamra’s tweets would call for such a deeper analysis.

The State has been misusing the Unlawful Activities (Prevention) Act along with the penal provisions on sedition quite selectively. Equally rampant has been the misuse of Section 144 of the CrPC to suppress even peaceful protests. Riots in Delhi exposed a partisan police with scant regard for the rule of law or the sense of justice. Frequent preventive arrests reminded of the days of the Emergency. In a number of cases, dissidents of the government were booked and kept in jail. The State rigorously opposed their bail applications and the trial courts or the high courts, as the case maybe, very often declined bail. The ‘apathy’ of the high court in these cases is more or less similar to the situation in Goswami’s case that annoyed the highest court.

The top court has to take stock of these episodes and consider them as a batch of cases involving individual liberty under Article 19 and Article 21 of the Constitution and immediately set the detainees free by imposing conditions if required. These cases may have very many differences in terms of facts, but there could be more similarities and common factors in all of them which, if not addressed immediately, could take us to “the path of destruction”. This, the Supreme Court can do even by invoking Article 142 of the Constitution, which is meant to do “complete justice”.  The scope of Article 142 in the context of liberty was explained by Justice Chandrachud in the case of Romila Thapar’s dissent. It may be difficult for one to imagine such a legal scenario, but it is not impossible legally or constitutionally.

We need to develop a new jurisprudence on institutional criticism, especially that concerning the court.  The very existence of the law of criminal contempt and laws on sedition will have to be dealt with in that adjudicative exercise. It is not the misuse of these laws but their very existence that threaten our democracy. An approach that limits the use of such laws in only those cases that pose real and immanent threat to the nation will have to be evolved. Perhaps the Kunal Kamra episode can pose fundamental questions relating to our democracy which the Supreme Court may have to address by invoking its introspective jurisdiction, even by taking a clue from what Justice Chandrachud said while considering the plea by Goswami.

The author is a lawyer in the Supreme Court