Advertisement
Home / Opinion / The largest export: We need to make the lives of migrant workers easier

The largest export: We need to make the lives of migrant workers easier

It is in India’s interest to liberalize and standardize immigration, whether it is for work, education, marriage or medical care 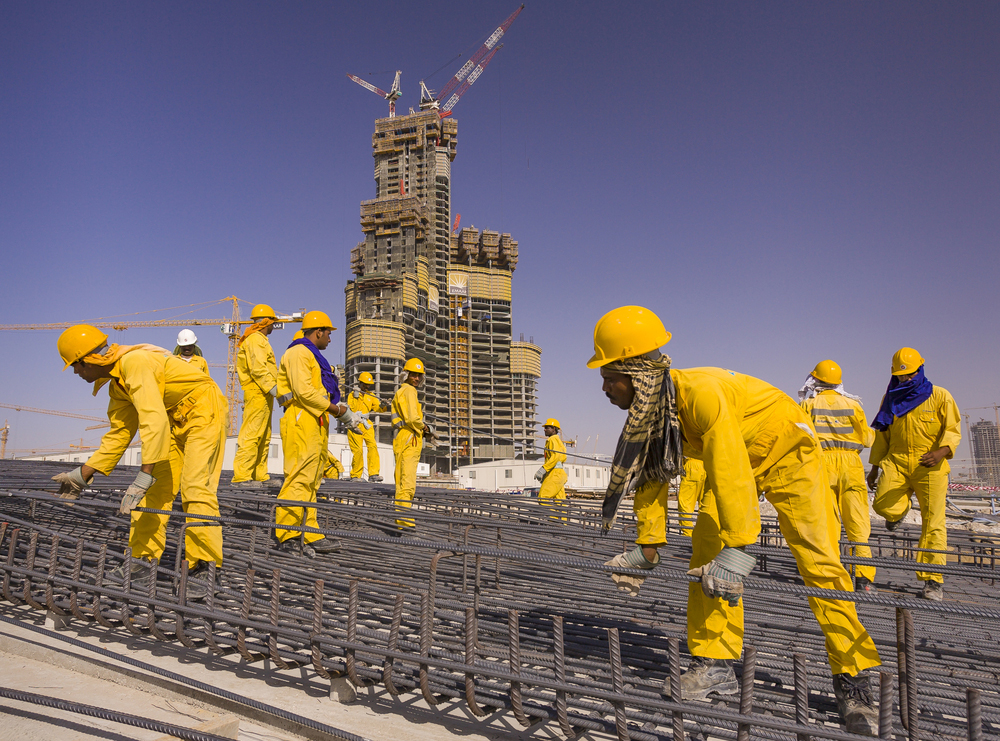 No, it is not engineering goods or jewellery; it is human beings. The money they sent back in 2017 was $69 billion; it financed 43 per cent of the trade deficit. India received more in remittances than any other country. Over a half of it came from oil-producing countries, to whose idle rich India provides white- and blue-collar workers; over a quarter came from just the United Arab Emirates. Over a fifth came from the United States of America, which continues to use Indian programmers despite Trump. A half of the remittances went to Kerala, Maharashtra and Karnataka. Three-quarters of the money was paid by remitters to dalals — “exchange houses” in the terminology of the Reserve Bank of India — who have accounts with Indian banks; they send the money to the accounts of the remitters’ beneficiaries once the dalal deposits the money with them. Another fifth came through Vostro accounts of foreign banks with Indian banks. Three-fifths went to remitters’ wives, children, parents and so on; a quarter was credited to the remitters’ accounts in India, whilst 8 per cent was invested in property, shares and so on. The weighted average cost of transmitting the money came to 3 per cent for $200, and 2 per cent for $500. These costs are low by international standards; the large volume of remittances to India and competition amongst banks have brought them down. The costs are similar for Pakistan and Bangladesh, but are much higher for other labour exporters — for instance, China, Mexico or the Philippines. Remitters of other countries typically lose a tenth of their money in transmission costs; for Indians, the costs are roughly half as much. These are amongst the findings of RBI’s latest survey of authorized dealers.

Global remittances in 2018 came to half a billion dollars — four times as much as total official foreign assistance, and almost as much as foreign direct investment. Portfolio investments fluctuate enormously from year to year, depending on investors’ reading of countries’ prospects and exchange rates, but on average they have been about half as much as remittances in recent years. There are people from rich countries working in rich countries — for instance, Poles in England — who too send money home; their remittances are roughly a third of the money sent home by remitters from poor countries.

India and China receive more than $60 billion in remittances. The Philippines and Mexico follow, at about $30 billion a year; Nigeria, Egypt and Pakistan receive about $20 billion. But these are not the most remittance-dependent countries: remittances of Kyrgyz workers in Russia come to 35 per cent of their national income, and Tongans’ remittances from Australia and New Zealand come to a third. Nepal is nearly as dependent on its remittances from India.

India has 16 million people working abroad, followed by Mexico, Russia and China in 10-12 million range and then Bangladesh, Syria and Pakistan in 6-8 million range. The most migrant-dependent country is Palestine, officially known as West Bank and Gaza; it has so few jobs that remittances come to 78 per cent of its national income. Samoa comes close at 69 per cent; male Samoans work in New Zealand, and go home once a year to cohabit with their wives. Almost a half of Syria’s population is abroad — mostly in Lebanon.

There were 258 million migrants in 2017 — 3.4 per cent of the world’s population, and 14 per cent of the population of rich countries. The US plays host to the largest number of migrants — 47.5 million, a fifth of its population. Germany, the most prosperous European country, has 12.6 million migrants; Russia and Saudi Arabia come close. The smaller oil-rich states are the most dependent on migrants; roughly 80 per cent of the population of UAE, Qatar and Kuwait is migrant. Liechtenstein, the tiny tax haven between France, Germany and Belgium, has 68 per cent migrant population; Macao, a minute Portuguese territory with a flourishing casino industry, has 57 per cent, mostly Chinese who are so rich that losing bets is their greatest hobby.

Refugees are different from migrants: they are migrants who cannot and do not want to return to their home countries. There were 18.5 million of them in 2017, almost double the number in 2005 — and that does not include the 5.3 million Palestinians thrown out of their homes by Israel. There were 6 million Syrians, 2.7 million Sudanese and 2.6 million Afghans. They could not choose the countries to migrate to; they escaped to the nearest country. The countries with the largest number of refugees were Turkey, with 3.2 million Palestinians and Syrians, Pakistan, with 1.4 million Afghans, Uganda, with 1.3 million Somalians, Lebanon, with a million Palestinians, and Iran, with a million Balochis and Syrians.

India has sent millions of migrants abroad, but it is extremely inhospitable to migrants. Bangladesh is a neighbour with little land and a dense population; labour is its most important export. Its 2011 census counted 2.8 million emigrants. People abroad would not normally be counted in the census of a country; these people were counted in Bangladesh’s census as travellers who might return any day: they were temporary migrants. They would not, for instance, include Bangladeshis (then Pakistanis) who migrated to Britain in the 1950s and who run so many “Indian” restaurants. Nor do they include those who went to India: India treats them as illegal migrants, so neither India nor Bangladesh would count them.

The division of the world into countries is an historical accident; there is no correlation between population and resources. It would be a good idea to abolish frontiers and unite the world, but that is unlikely to happen in our lifetime. The next best alternative is to let people go where there is more work and higher incomes. High-income countries are generally very reluctant to do so, and make migrants’ lives difficult. High incomes are relative; India, for instance, is a high-income country relatively to Bangladesh. It would be good if all countries got together and worked out rules for easy temporary migration at least. But there are so many countries with so many national prejudices that this is likely to take centuries. Meanwhile, it is in India’s interest to liberalize and standardize immigration, whether it is for work, education, marriage or medical care. It should do so for all countries, not just Bangladesh. If, for instance, Pakistan, an international basket case, were receiving some billion dollars from its workers in India, it would be much less likely to make a nuisance of itself.

Why migrant workers are seen as dispensable