Lessons for New India from a British empress 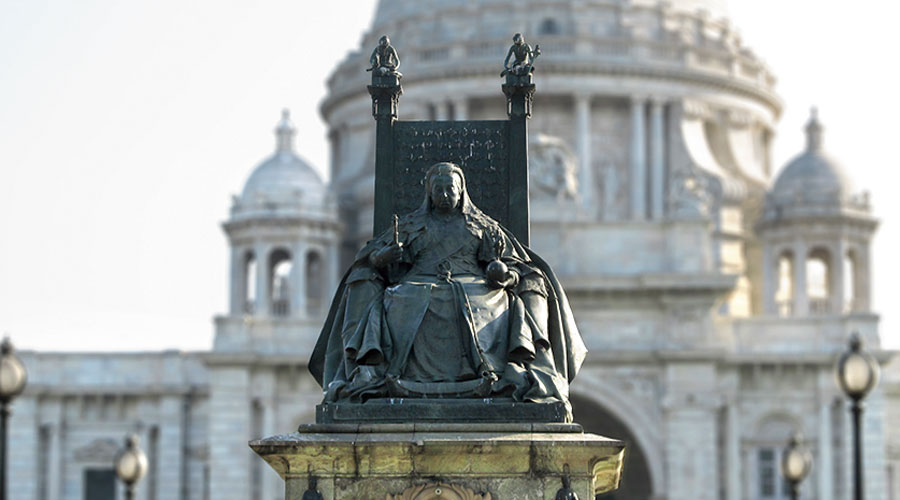 His wife heavily gravid and going to deliver any moment, barrister M.K. Gandhi picked up pen and paper on May 21, 1900, in Durban, Natal, South Africa for ‘public work’. This time it was to draft and send a felicitatory cable to Queen Victoria (1819-1901) on the monarch’s 81st birthday. Herself a mother of nine and sceptical of husbands’ concern for wives, she might well have addressed to the thirty-one-year-old the remark famously (if without authentication) ascribed to her: “We are not amused.” And added the other comment of hers: “Being pregnant is an occupational hazard of being a wife.”

Already a celebrity in that British colony as an advocate for the rights of Indian South Africans, with no distinction being allowed between them and any Briton there, Gandhi’s sending that message was about good politics. But he being the man that he was, it was also, essentially, his own style. The writing of this message done, he then wrote to the Natal government to forward it to London, not forgetting to do another thing typical of him. He remitted Pound 1 to the authorities towards transmission charges.

In less than a year, Victoria was to make him put pen to paper again. When news came on January 22, 1901 of the monarch’s death, British Indians in Natal sent a cable to the royal family “... bewailing the Empire’s loss in the death of the greatest and most loved sovereign on earth.” This was, it need hardly be explained, Gandhi writing. And it was also to lead to Gandhi doing what he was to become known for: hitting the street. “On the weekend following,” he records, “a great procession was taken out in Durban from West Street to her statue and a wreath placed there, M.H. Nazar and I carrying the wreath on our shoulders.” Going further, some four weeks later, in March, he had an address on the reign of Queen Victoria delivered to Indian children in the Town Hall, Durban, and a memento distributed to each of them. This comprised a photograph of the late Queen and an extract from her Proclamation to the people of India of 1858 at the top, six dates in her life from her association with India at the bottom, a map of India (1901) showing it as a British possession and her remark, “I will be good,” when she was informed at the age of twelve that she was the future Queen of England.

His equation with the raj was going to have a complete metamorphosis. But the respect in which he held Victoria was not going to change. He was to continue to not only hold her in esteem, but publicly state that position on more than one occasion, perhaps most famously at the National Language Conference held in Calcutta on December 30, 1917. Lokamanya Tilak, presiding, spoke in English. When his turn came, Gandhi said (speaking in his own not very practiced Hindi): “It would be a great advantage if Lokamanya Tilak would speak in Hindi… Even Queen Victoria learnt Hindi.” On June 27, 1947, he said, “If an English girl of seventeen could become the British Queen and later even Empress of India there is no reason why a Bhangi girl of robust love of her people and of unimpeachable integrity of character should not become the first President of the Indian Republic.”

One hundred and twenty years after her death, it is worth reflecting on the respect in which the raj’s future and most formidable adversary held its most celebrated monarch. Three reflections emerge, on the roots of this respect and their relevance today: first, a Head of State is part of its architecture but also above it, levitating, almost, in a space that exculpates her or him from its actions’ minutiae. A ‘robust love of the people’ and ‘unimpeachable integrity’ make the occupier of that office the nation’s conscience. Not a carping, nagging trouble-maker, but an honest counsellor, unafraid because unimpeachable as to motives and means. Queen Victoria respected the prime minister’s powers and her own constitutional position as explained by Walter Bagehot. But she never doubted what she so uniquely enjoyed: influence. In a letter to Lord Salisbury dated May 27, 1898, she wrote: “The future Viceroy [of India] must… not be guided by the snobbish and vulgar, over-bearing and offensive behaviour of our Civil and Political Agents… not trying to trample on the people and continuously reminding them and making them feel they are a conquered people.” Not trying to trample on the people is not policy. It is not a directive. But it is a nostrum and one that, coming from the monarch, cannot but inform the State’s attitude to the people. And who are those? Not the ruling race, not the demographically or politically powerful but, in a country like India, all of them as a peoplehood. Equality and secularism are about letting no community feel it is a subject denomination.

Second, Victoria’s statue on West Street, Durban and her statues in Bengaluru, Chennai and Calcutta remind us, timeously (to use a South African phrase), of her respect for language and cultural difference. The handsome one in Bengaluru’s Cubbon Park, sculpted by Thomas Brock, bears inscriptions that date back to its installation at the hands of the visiting Prince of Wales — the future George V — in 1906. They are in four languages — English, Kannada, Tamil and Urdu. The raj in its imperial and colonial astuteness and correctness knew the need for balance among the different language communities in its territories. And, of course, of Victoria’s desire to ‘not trample’. Gandhi perhaps had an exaggerated notion of Victoria’s learning of Hindi (Hindustani, more accurately) but he was exactly right about the reasons for her wanting to do so. She wanted to be on a proximate, if not the same, wavelength as her Indian subjects. At least in her own mind.

Third, the statues stand, in their own quaint way, for what may be called Victoria’s federating spirit. What? An unapologetic royal standing for federalism? Strange as that may sound, it is so. She is unlikely to have studied the evolution of federal theories, or derived conceptual lessons from the American Civil War. And her 63-year-long reign (1837-1901) coincided with some of the raj’s most egregious acts against the people and the institutions of India, notably, during the governor generalship of Lord Dalhousie when princely state after princely state was outrageously annexed to British India and, in an act that has etched itself into India’s collective memory, the Koh-i-noor, a palladium of Indian sovereign pride, was snatched from its lodgement in the Punjab and presented to the Queen as a token of India’s submission to the raj. And, yet, there was in her instincts, if not quite a touch of Asokan remorse, still, a conscience about what Britain had done in India as an imperial and colonizing power, especially post-1857. That — a conscience about deeds done that should not have been done by its political class — is silent in India today. It is asleep. It snores.

We do not need lessons in political morality from a regime that took control of India without any justification, ruled over it without any compunction, and left it only when continuance had become untenable. But behind that truth the example of a Queen who had an active inner monitor with which ‘to encourage and to warn’ her government and guide her people is of value today. And this, because that monitor needs to be applied not just to the government of the day but to something even more trampling of peoples’ feelings — the ‘vulgar, overbearing and offensive’ majoritarianism that has spread among us as a society.