Advertisement
Home / Opinion / The history of a code

The history of a code 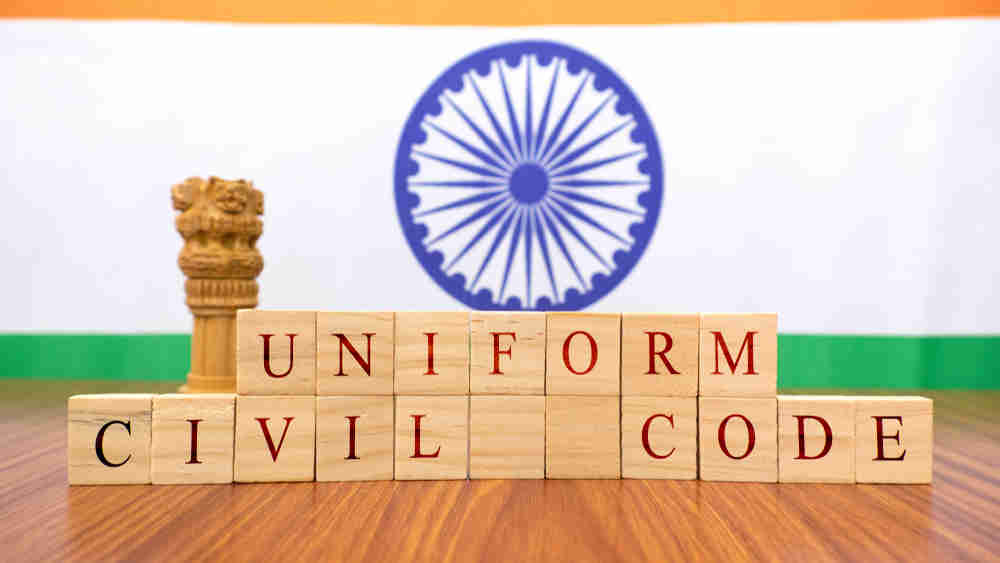 While hearing a divorce case, the Delhi High Court directed the Centre to take the steps necessary to bring in a Uniform Civil Code in order to avoid conflicting realities coming in the way of the delivery of justice. Various other courts have expressed similar views. Gender justice and equality were the primary concerns for Jawaharlal Nehru and B.R. Ambedkar when they championed the cause of the UCC originally. They were forced to retreat, calibrate and eventually re-strategize in the face of stiff opposition from religious conservatives.

The UCC remains a contentious and politicized issue in a polarized India. The Bharatiya Janata Party’s election manifesto has pledged the UCC. Other political parties are either opposed to it or ambiguous about it. The cherished goal of equality for India’s women citizens thus remains distant and marred by politics.

India won independence after a prolonged freedom struggle that saw the participation of women and men from all backgrounds. Democratic principles and such values as justice, equality and pluralism guided the deliberations in the Constituent Assembly as the newborn republic strived to create a Constitution by which to rule its citizens. The archives of the Constituent Assembly debates on the question of the UCC are fascinating. The idea was rejected outright by luminaries — all men — of the Hindu Mahasabha, traditionalist Congressmen and Muslims. They united to protect personal laws based on religious identities. The UCC was perceived to be an assault on Hindu civilization as well as a threat to the identity of a religious minority. The opposition to the UCC grew both inside and outside the legislature, forcing Nehru to abandon the plan to the utter disappointment of the All India Women’s Conference and Ambedkar. Patriarchy masquerading as religion ensured that the status quo of male domination over women would remain undisturbed. The UCC was included as Article 44 of the Directive Principles in the Constitution. However, proof of the statesmanship of Nehru, Ambedkar and a few others lay in the Hindu code bills being introduced in Parliament. Massive reforms followed. A spate of Hindu family laws governing marriage, divorce, guardianship, succession and the ownership of property were enacted through the 1950s even as opposition from some quarters persisted.

Although Indian women continue to face injustices, Hindu women enjoy greater legal protections in family matters thanks to the progressive laws passed by Parliament in 1954-55. Muslim women were denied similar protections owing to resistance by the conservative clergy towards reforms in Muslim personal laws.

All women are entitled to comprehensive legal protection drawn from affirmative religious and cultural practices. The practice of meher in Muslim society is one example. There are other examples of progress, ranging from the Shah Bano case to the women-led movement against instant triple talaq, the latter culminating in a favourable verdict from the Supreme Court. The Centre fulfilled its constitutional obligation by filing its affidavit supporting the women but it has lost considerable goodwill since then. It chose to disregard the women-led, peaceful protests against the Citizenship (Amendment) Act and arrested women students instead. The CAA as well as the National Register of Citizens defy the idea of unification of India and among Indians, fuelling separation and division. The government must also clarify its position on Sabarimala and unequivocally defend women’s rights. The love jihad laws and other coercive measures must be stopped forthwith.

The Centre must appreciate that gender equality is a goal of paramount importance and that the UCC is not the agenda of a political party. It can learn from Nehru, who honoured his commitment through incessant opposition and dialogue. It took many years for Nehru to build a conducive climate that led to the acceptance of the Hindu code bills. Gender equality is too important a goal to be sacrificed at the altar of electoral politics and communal ideologies.