Advertisement
Home / Opinion / The Himalayas: not in the pink of health

The Himalayas: not in the pink of health

HINTERLAND | Climate change can be blamed, but the truth is that disaster after man-made disaster is waiting to happen in the plains of the mountain range 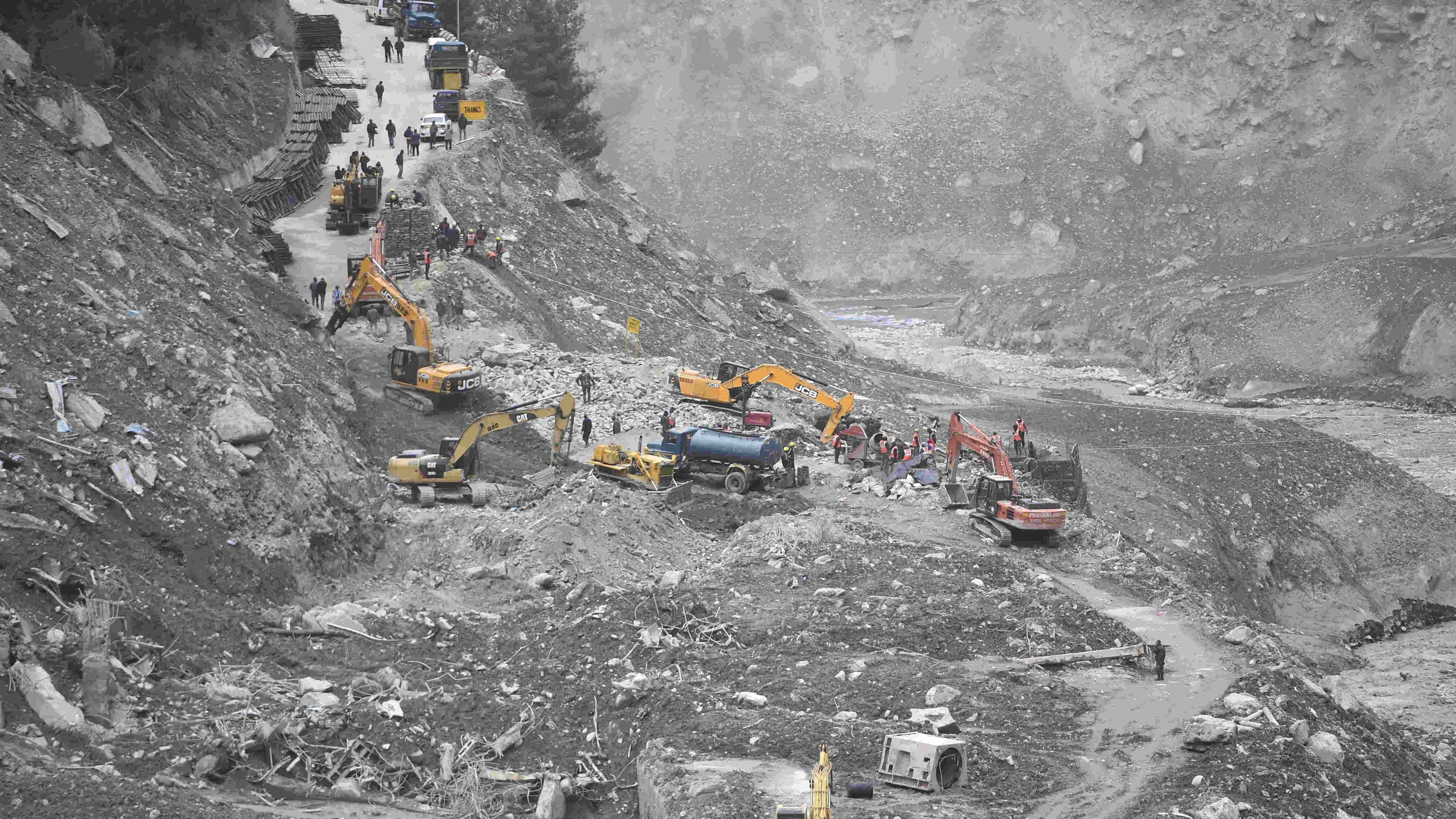 Health of the hills, as ancient tribal wisdom goes, is the wealth of the plains. The Himalayas are not in the pink of health, as several studies have warned. Unbridled human activity is wrecking the ecology of the Western Ghats and destroying the Satpudas. The result: massive human tragedies in the plains, in the form of flash floods and drought.

Last week, devastating flash floods, apparently caused by a glacial lake burst, killed over 30 people and trapped 200 workers in the underground tunnels of a hydel power project of NTPC Limited in Chamoli, Uttarakhand. The event brought back memories of a devastating cloud burst some years ago. The death toll is likely to go up as rescuers evacuate bodies from the tunnels-turned-graves, the rescue operations hampered by heavy boulders and muck.

Climate change can be blamed, but the truth is that disaster after man-made disaster is waiting to happen in the plains of the Himalayas, the Western Ghats, and along the Satpudas as human beings mess with their ecosystems. Rivers are either flooding or running dry as mindless development projects, in wilful ignorance of warnings, destroy the sources. In 2013, seven rivers originating from the Western Ghats went dry at their source owing to the human interference on the hills. This plunged the plains into enormous socio-economic strife.

In June 2019, the Drought Early Warnings Systems told us that more than 44 per cent of the country was undergoing varying degrees of drought, from abnormally dry to exceptionally dry. Because of the general elections that summer, the drought was ignored.

According to scientists, there are about 10,000 glaciers in the Indian Himalayas, with 1,500 in Uttarakhand alone. Many of them are receding owing to the warming climate. People know about it. Ought there to be any project construction there? There should not, but humans crowd the Himalayas with mindless development, threatening opulations that live in those areas.

“[The] Rishi Ganga has had a history of similar devastations,” says the historian and environmentalist, Shekhar Pathak. “There is a possibility of more such events this year.” Should we be putting power plants in the regions that we know are drought-prone? We should not. Yet, nearly 40 per cent of the country’s power plants are in highly water stressed areas, along the plains, witnessing heightened water contestation.

The tragedy is not just the calamity itself. The tragedy is that we do not care. Instead of healing the hills, we do the opposite. Take this: the Niti Aayog has commissioned a study to examine the “unintended” economic impact of judgments by the Supreme Court and the National Green Tribunal. This is bizarre. The study should have ideally be on the long-term costs of the environmental devastation caused by development projects.

It is no secret that the Narendra Modi regime disregards any serious efforts put towards conservation. Its idea of environmentalism seems to involve building zoos rather than conserving forests. Building projects is a priority, even if they destroy forests, oceans, river or mountain ecosystems beyond repair.

I remember the wise counsel of the American ecologist and pre-eminent climate scientist, George Woodwell, given during a talk at the Prairie Festival of Land Institute at Salina, Kansas, the United States of America, in September 2009. A functional civilization, he said, needs three things: a functional government, a functional economy and a functional ecosystem. Political trade-offs are possible for the first two; the third is non-negotiable. There cannot be any trade-off with nature; follow the rule, or perish.