The country's highest court is a workplace, and the rules applicable to other workplaces should operate here, too 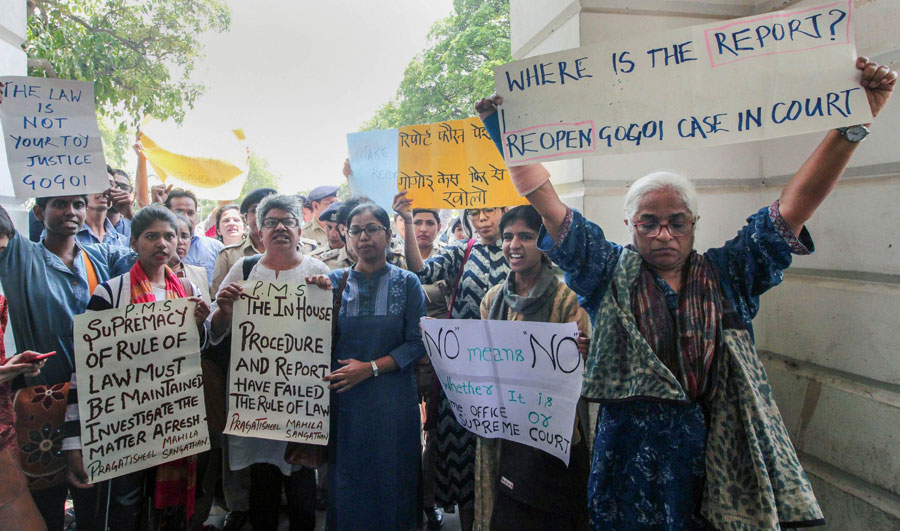 The more powerful an institution the more discreetly it needs to use its power. A complaint of sexual harassment in the workplace against the Chief Justice of India is undoubtedly a highly sensitive matter, particularly since the complainant said she was unfairly dismissed from her job in court after the event and her family persecuted ever since. As the Supreme Court is the ultimate upholder of law and the Constitution and the highest dispenser of justice in the land, the country looks up to it in establishing exemplary standards in morals and ethics too. So even in the most sensitive cases that touch upon the institution, this temple of probity and neutrality is expected to follow not just correct but also transparently fair procedure. But in the process of giving a ‘clean chit’ to the CJI in the matter of the sexual harassment complaint, and in concluding that there was ‘nothing substantial’ in it, the perception of fairness has been dented. The 2013 law against sexual harassment in the workplace did not alter the 1999 decision of the court that three judges would hear such complaints against a Supreme Court judge. But the Supreme Court, or any court, is also a workplace, and the rules applicable to other workplaces should operate here too. A committee of three sitting Supreme Court judges who ultimately report to the CJI cannot be said to fulfil the requirement of neutrality implied by those rules. The complainant claimed that she felt intimidated with this, and since she was not allowed a lawyer, she withdrew. There may be nothing substantial in her complaint, but the imbalance of powers during the process of hearing it went against the appearance of fairness and equity.

Perceptions of exemplary fairness were further disturbed at the committee’s decision to continue the inquiry ex parte. According to convention, this happens only when a party refuses to appear at the hearing after being given many chances. Now the ex parte procedure may play into the hands of those who do not wish the justice system well. The complainant having been refused a copy of the report, which is required by the 2013 law, the perception of equitable procedure was hurt further. Such damage affects not just people’s trust but the moral authority of the Supreme Court as well. This must be avoided at all cost.