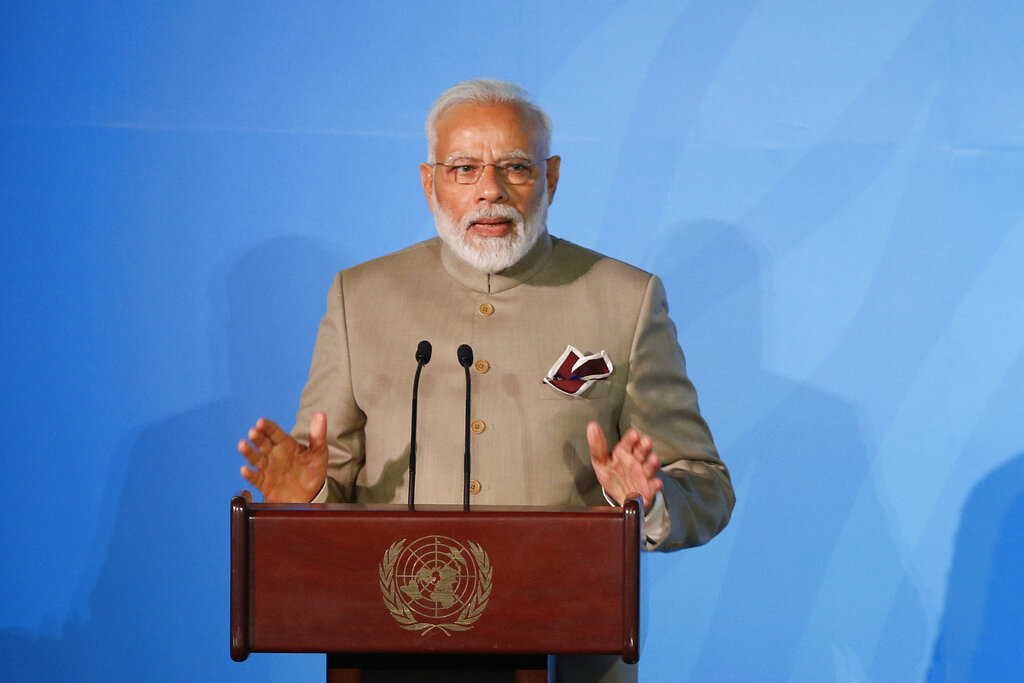 Political inertia has been one of the stumbling blocks on the path of global mitigatory action against climate change. Greta Thunberg’s denouncement of the passivity of heads of states — the young climate activist exposed the complicity of world leaders with her searching remarks at the Climate Action Summit of the United Nations — thus merits greater attention. Yet, it must also be acknowledged that some elected leaders are attempting to rouse the comity of nations from its slumber. Hearteningly, the Indian prime minister is among them. Narendra Modi did not choose to mince words in his speech at the UN summit, reminding nations and their custodians of the inevitability of climate change. The time for talk, Mr Modi told the audience, is over and discussions must now give way to concrete action. The urgency of action that was demanded by the Indian prime minister has been on the mind of the scientific community that has been warning influential climate sceptics — the president of the United States of America, who pulled his nation out of the Paris treaty, is among them — that the world is running out of time. Hopefully, bickering nations would be inspired to rally around Mr Modi’s frank but also timely call for intervention. Speedy, collaborative action on the basis of sound scientific recommendations could yet make some difference to the fate of the planet.

As proof of concrete action, Mr Modi spoke of India raising its green energy target. This is certainly welcome. But this, even Mr Modi would admit, is not enough for the nation to tide over the crisis. The green report card of Mr Modi’s government bears several red marks. The easing of environmental clearances, the unchecked pollution of rivers, the whittling down of the integrity of regulatory bodies — the National Board for Wildlife is an example — alleged denotification of protected areas as well as the assault on the rights of forest communities have contributed to India’s worsening ranking in the 2018 Environmental Performance Index under Mr Modi’s watch. The prime minister may have inadvertently suggested a way to resolve these acts of commission. He has called for an andolan, a people’s movement, which could eventually demand accountability from leaders for their acts of commission. But only massive investments in education and public awareness can give India its own legion of Ms Thunbergs.

Teen to climate uncles: ‘how dare you!’