Advertisement
Home / Opinion / This species is as endangered as the tiger, so why don't we care?

This species is as endangered as the tiger, so why don't we care?

If wetlands are allowed to perish, it will be impossible to save the fauna that is supported by this unique ecosystem 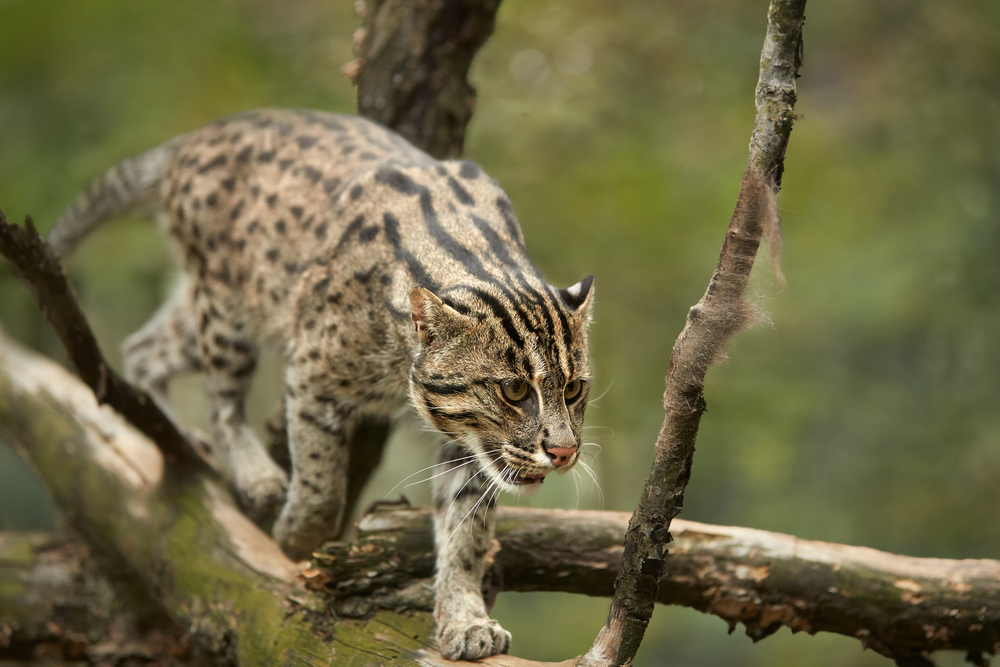 One of the reasons for the disappearance of the fishing cat is the destruction of its habitat — wetlands.
Shutterstock
The Telegraph   |   Published 04.03.19, 07:59 AM

Sir — Bengalis take great pride in the tiger, or bagh. But none seems to be concerned about the fate of the fishing cat, or baghrol. This species is as endangered as the tiger. One of the reasons for its disappearance is the destruction of its habitat — wetlands. Calcutta’s wetlands are facing an existential threat. If they are allowed to perish, it will be impossible to save the fauna that is supported by this unique ecosystem.

Sir — A kiosk selling Burdwan’s signature sweets — mihidana, sitabhog and lyangcha — has come up on the premises of Mahanayak Uttam Kumar metro station in Tollygunge. The sweetmeats are apparently sourced from the mishti hub in New Town. The tiny shop is doing brisk business. There are two reasons for the sales. The location is strategic; Bengalis are famed for their sweet tooth. The patrons are delighted: they need not travel to Burdwan any longer to savour its delights. Additionally, the metro ride, synonymous with glitches, delays and sweaty bodies, never tasted sweeter.

Sir — It is painful that Suranjan Das, the vice-chancellor of Jadavpur University, was heckled and assaulted when he tried to intervene in a scuffle between two groups of students (“Unacceptable”, Feb 22). Das had to be hospitalized on account of the assault. The two groups of students were demanding that student union elections be held and that an enquiry report over an alleged molestation be disclosed.

Students have every right to demonstrate peacefully. But violence in the name of agitation is unacceptable. Jadavpur University is considered to be a centre of excellence. Do the unruly students realize that they have tarnished the reputation of an institution that has produced many men and women of letters?

It was sagacious on the part of Das to not reveal the identity of the culprits even though he was asked to do so by the education minister who was visiting him. Das’s gesture is a testimony to the guru-shishya parampara. The students must apologize to Das. They must understand that the vice-chancellor cannot act independently when it comes to announcing the date for holding elections for the students’ union. The students must realize the gravity of their error, forsake violence and redeem the reputation of Jadavpur University.

Sir — It is shocking that the vice-chancellor of Jadavpur University was the target of the fury of students demanding union elections. The assault on Suranjan Das reflects poorly on an institution of national importance. A decision on the election date does not depend wholly on the vice-chancellor; the latter has to consult the government too. Elections cannot be kept in abeyance indefinitely and the state government cannot evade its responsibilities on the matter. It seems that a section of the students is yet to understand this basic fact.

Jadavpur University has witnessed several incidents of indiscipline by students. The campus atmosphere has been vitiated. Incidents of violence cannot be ruled out entirely in the future. All stakeholders must be made accountable for these transgressions.

Sir — Communist regimes are often criticized for the level of censorship they exercise on the media and the citizens. Controlling the dissemination of information, after all, is the most efficient method of shaping the popular discourse. This principle made itself apparent, once again, through two recent incidents in China. Foreign tourists are being denied entry into Tibet until April. Incidentally, the 60th anniversary of the Lhasa uprising falls in March. Having faced considerable international criticism for its ill-treatment of the Uighur population in ‘re-education camps’, China has gone as far as taking a BBC programme off the air.

However, very little is ever said about another — invisible — form of censorship in the dominant capitalist world order. Instead of smothering specific information, this kind of censorship operates by drowning the people in a deluge of irrelevant information, coupled with selective omission. The method may be different, but the result is the same.

China attempts to deflect public attention from the Tiananmen Square massacre by inundating the public discourse with inanities. But the US-backed Indonesian invasion of East Timor and the subsequent genocide in the 1970s never even entered public consciousness, thanks to its selective omission in the mass media. Given the complicity of corporations and the government in today’s political system, this is little more than a form of systemic censorship. No war crime or State-sponsored repression is addressed as long as ignoring it is economically beneficial to the world powers. Criticism, if it exists at all, is fleeting and is instantaneously replaced with advertisements, propaganda and misinformation. It is hardly surprising then that popular opinion is just as controlled in democracies as in authoritarian regimes.