The etiology of antagonism is complex in India 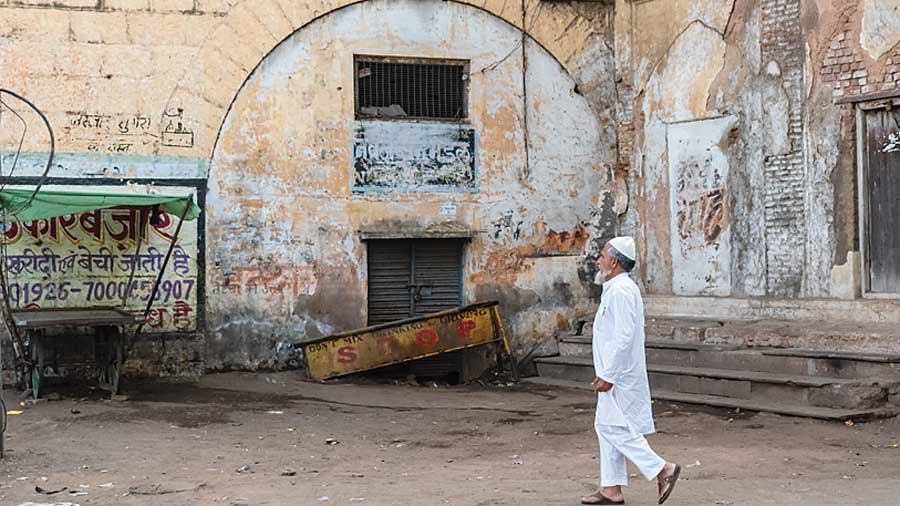 People often tell me Bengal will soon have a Muslim majority. The ominous tone warns of an apocalypse such as that predicted for Afghanistan once the Americans leave. What is even more worrying is the profound mistrust with which today’s majority seems to view its supposed successor. Not that anyone admits animosity. A saffron activist I tried to ask laughed off the question, strengthening the suspicion that those who speak on Hindu-Muslim issues ignore the drawn sword covered in pleasantries lying between the two communities.

I have no idea how Muslims feel about Hindus: in that respect I am like James Baldwin, the black American writer who confessed he would never know whether the white liftman had kept him waiting because he was black or the lift was genuinely busy. But persistent signs of Hindu misgivings invite two conclusions. First, while a single legal system may be ideal for national unity, it is folly to expect two such sharply different groups ever to blend into the melting pot of a unitary society. The realistic aim would be what Canadian sociologists call a “tossed salad”, a multicultural mix that is harmonious precisely because it doesn’t deny space to any ingredient. Second, although Mohan Bhagwat’s commendable assurances are welcome as an expression of his own enlightened outlook, I wonder whether comments addressed only (or mainly) to Muslims are at all relevant for general social conditions.

The respective strengths of the two communities suggest that although Muslims are capable of making a nuisance of themselves, only Hindus can change the ground rules. Indeed, even alter the ground altogether. We have seen that with triple talaq, the Ayodhya temple, Jammu and Kashmir and Lakshadweep. I am not saying any of these actions was wrong, only that they reflect Hindu priorities. As Jawaharlal Nehru believed, following Jean-Paul Sartre’s assessment of France’s Jew-Gentile question, the peril lies in majority communalism.

There are just so many of us that “India, Hindu India, is eternal”, as V.S. Naipaul and countless others have written. We will always carry the day. Not that we can all be lumped together. Leaving aside differences of language and region, some might be Hindus by conviction, as Mohandas Karamchand Gandhi became in London. At the same time, ambition and expediency are making devout Hindus of more and more politicians, judges, businessmen, diplomats, bureaucrats and media personnel. The third group — the vast majority — is Hindu by instinct. Religion, culture and identity are rolled into one for it. It sees lighting lamps for inaugurations and smashing coconuts for launches — customs that Syed Shahabuddin decried as unsecular — as innocently Indian.

The two overlapping identities which fuelled the political demand to call all Indians Hindu can prompt rich irony. Just when the Trinamul Congress was basking in the triumph of having delivered a resounding blow to the Hindutva party, some errant members who had boarded what they then thought was the winning bandwagon shaved their heads and sprinkled Ganga water to signify their ghar wapsi. It was the only form of penance they knew.

Obviously, some characteristics are common to all three groups. Although a nod (and perhaps more) from above helped, the “radicalization” of Hindus that the president of the All India Majlis-e-Ittehadul Muslimeen, Asaduddin Owaisi, blames for Muslims being lynched would not have happened otherwise. The majority communalism Nehru feared rests on conscious or subconscious prejudice that can be tapped by events like the recent Haryana mahapanchayat or by politicians like the state’s Bharatiya Janata Party spokesperson, Suraj Pal Amu, who heads an organization called the Karni Sena, and reportedly makes inflammable comments.

The etiology of antagonism is more complex in India than in Sartre’s France. Family servants from Bihar who believed the British should have handed India back to the Muslims from whom they took it would not kill a snake that had crept into the bathroom because it was ‘Shiv ki jatha’ and harmless. A local equivalent of Sartre’s notion of “the idea of the Jew” may stoke passion, but beard, muslin cap, mosque, minaret and muezzin back theory with a tangible personalized target in this land of evocative imagery. “Is the groom Bengali?” was asked at a rare mixed-religion marriage in Calcutta that I attended. “No, Muslim” was the answer. Overhearing, the groom shot back, “You’re quite right. We are Persian!” A Hindu guest whispered he had to say that to avoid being dismissed as a Dalit convert.

Folklore keeps passions festering. However vigorously denied, they are part of the Hindu’s collective memory. Even a liberal thinker like Nirad C. Chaudhuri confessed that while he respected the logic of numbers in undivided Bengal, “what repelled [him] was the idea of living under Muslim social and cultural domination”. He tried to rationalize this aversion by saying that Muslims would reshape even the Bengali language. When the communal award of 1932 promised Muslim dominance in government, he predicted that the official education system would be recast in a Muslim mould.

Leaving aside social and sexual overtones and ritual taboos, pan-Islamic sentiment was one cause of Hindu resentment, even though it was fanned by the calculated cynicism of Gandhi’s Khilafat movement. Chaudhuri talks of a rustic lad who had never left his Bengal village claiming dates as his favourite fruit because they came from Arabia. Those who attributed animosity to the communal basis of Bengal’s agrarian discontent and economic inequality were proved partly right when the new East Pakistan government lost no time in abolishing zamindari.

During visits to East Pakistan in the 1960s, I found local officials and grassroots politicians surprisingly sensitive to traditional Hindu sensibilities. Anxious to be hospitable but nervous about giving offence, they seemed to expect me to burst out like Shylock to Bassanio, “I will buy with you, sell with you, talk with you, walk with you, and so following, but I will not eat with you, drink with you, nor pray with you”. My hosts couldn’t know that in my childhood we shared a sprawling railway bungalow in Lucknow with a Muslim colleague of my father’s and his family because of a shortage of official accommodation. The bungalow was big enough for distanced living but we shared a kitchen and ate together. They were enriching convivial occasions but I cannot forget a visiting aunt’s start of surprise when someone from the other family picked up a paratha, tore it in two and passed one half to her with his left hand. The National Awami Party’s Muzaffar Ahmed blamed Bengal’s “two-hookah culture” and, implicitly, Hindu exclusiveness, for partition.

Asking Muslims not to be trapped in a cycle of fear somehow misses the point. Assurances that violence in the name of cow protection cannot be condoned, that those who are guilty of lynching are against Hindutva, and that anyone who says Muslims should not live in India is not a Hindu will be credible only when offenders are brought to speedy and deterrent justice. Otherwise, the victim will suspect a trap. Well-meant statements about Hindus and Muslims being of the same nation with a common DNA can sound like a clever way of reiterating that Muslims are lapsed Hindus awaiting reconversion. The pledge that Indians alone can be dominant in a democracy could be another affirmation of the majoritarian principle. No minority ever wins the numbers game.

That makes the majority’s education a matter of the utmost importance. But it will remain a distant dream as long as universities are encouraged to teach astrology, politicians recommend cow dung and urine for treatment, and senior leaders boast of artificial insemination and plastic surgery in Vedic times. “Give me an educated mother, I shall promise you the birth of a civilized, educated nation,” Napoleon said. Rulers are even more like a mother when a semi-literate nation is steeped in superstition.