The EIA notification is a recipe for disaster 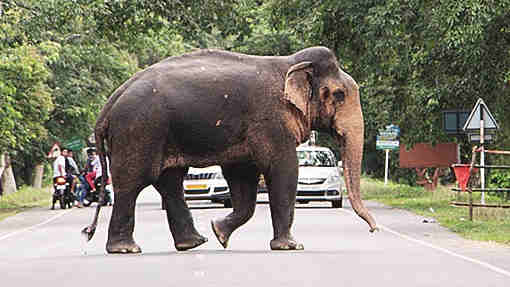 A remarkable positive lesson of the Covid-19-induced lockdowns has been a better understanding of what our daily activities do to nature. It was like a controlled experiment in a laboratory: with the economy shut down for all practical purposes, there were blue skies, cleaner air and rivers, and greater visibility of animals moving out of forests with less fear as they checked out the world we share with them. Of course, economic lockdowns cannot be the cure for continuous environmental decay. However, it was a lesson that should remove doubts in the minds of those who still believe that humans are the masters of the universe and the rest of nature is at our service, to be used and exploited at will. Another important lesson that the pandemic is teaching us is the fact that we can all survive on much less than what we actually consume. Our material needs are often inessential and induced by the bombarding of corporate advertisements. Instead of consuming to live, we have begun living to consume. Consumption has become an end in itself.

Two important conclusions can be drawn from the interrelated lessons. The first is that the obsession with economic growth measured by the aggregate statistic called gross domestic product is inadequate to indicate the well-being of the people and the planet they inhabit. Moreover, the usual activities of production and consumption inflict severe damage to the natural environment, polluting life-support systems like clean air, fresh water and fertile soil as well as exhausting non-renewable natural resources like oil and mineral ores. Hence, if there is a return to business-as-usual after the pandemic wanes, the systematic damage of the natural environment will continue. That can only jeopardize life on this planet, including human life, both for the present as well as for future generations. The second conclusion is that alternatives to an exclusive obsession with aggregate growth are possible, with more emphasis on a fairer distribution of existing resources and wealth, coupled with higher stress on creative pursuits and culture. John Stuart Mill described it in his prescription for a steady-State where a low growth-rate was accompanied by what he described as a cultivation of the “social graces”.

Many thinkers are trying to imagine a world after Covid-19. Most believe that many things will have to change: how we work, how we travel, how we socialize, healthcare systems, the delivery of educational services and so on. Nations will have a chance to reset their economic priorities. Not that all nations will exercise that option. Many will return to business-as-usual with terrible long-term consequences. Business, politics, and even science have got enmeshed in a web of myopic greed. Tomorrow is just another new day to make money and dominate nature. The world, in the recent past, has witnessed the emergence of authoritarian leaders in many countries who believe that protecting the environment is a liberal conspiracy to reduce profits and economic development. India, too, has an option to change the course of economic development towards a more sustainable one. The nation had been one of the pioneers of an international movement for environmental protection and has a comprehensive set of legislations on different aspects of environmental conservation. It is another matter altogether that there has been a widening gap between the ground reality and the law. India was ranked 177 out of 180 nations measured by the Environmental Performance Index published by Yale University in 2018. India has marginally improved its rank to 168 in 2020. Most experts believe that India has to redouble its efforts at sustainable development. The Union government does not seem to share that view.

A recent development in the law is a newly amended notification of the Environmental Impact Assessment 2020 replacing the earlier EIA of 2006. The EIA entails that any development project must get a clearance from the ministry of environment, forest and climate change to ensure that the project does not damage the natural environment beyond repair. The clearance was mandatory before any major development project could commence. There has been some amount of dilution in the reading and the interpretation of the EIA notification since 2006. Business lobbies have complained about the clearance, claiming that it takes too long to prepare the documents. Then the government took an even longer time to give the clearance. Perhaps in response to these complaints, the National Democratic Alliance government has come up with the amended version, which will set the environmental management clock back.

Two basic principles guide environmental management. Since nature is a shared resource belonging to everybody, changes brought about by large projects need to be understood by the people — the beneficiaries as well as by those adversely affected by the damage caused by building the artefacts of the project. Hence people’s participation in decision-making is of utmost importance. Many of the benefits and the damages are uncertain. In such a situation, the precautionary principle of risk management is adopted which suggests that in the presence of prima facie evidence that an action can cause heavy environmental damage, it would be best not to adopt it. This is better than allowing the damage to occur, and then trying to make repairs. Expert opinion is needed for these assessments. It reflects the philosophy of prevention being better than cure.

The new EIA seems to violate both these principles. In a rush to attract new investments, the government has virtually done away with public consultation in the assessment process and also the use of expert opinion. Even reports of violations of environmental laws made by affected parties can now be ignored by the government. Penalties in the form of remedial action can be levied by a government agency or a regulator on the basis of a suo moto admission by the project developer that a law has been violated. It is not clear why developers would like to bring penalties upon themselves. There is a long list of industries exempt from EIA clearance altogether: coal, oil, methane and shale oil to name a few. All these can create heavy pollution and natural destruction. National parks, roads and highway construction have also been given a large leeway to encroach upon the environment. Ex-post facto clearances can be given by the government in such cases.

The document is open to many ambiguities and different interpretations. This can only encourage opportunistic behaviour by business and government alike. In the last few years, more than 4,000 hectares of forest land have been diverted for coal-mining. In a grim finding, a World Bank study stated that almost 23 per cent of mortality among children under five is due to environmental factors — of which 12.6 per cent of children pass away due to concerns with water supply, sanitation and hygiene while indoor air pollution claims 9.8 per cent of the children. Unsurprisingly, the report noted that the damage caused by environmental degradation affects the poor population more. Rich and powerful businessmen will be happy with the new EIA notification. The poor will hardly know what its implications are to their lives. It will improve the ease of doing business, but it will also cause irreparable harm to the nation’s future. The obsessive engagement with GDP is an erroneous understanding of what constitutes economic and social well-being at best and is a supreme act of anthropogenic arrogance at the worst.