The disturbing implications of the custodial death of Father Stan Swamy 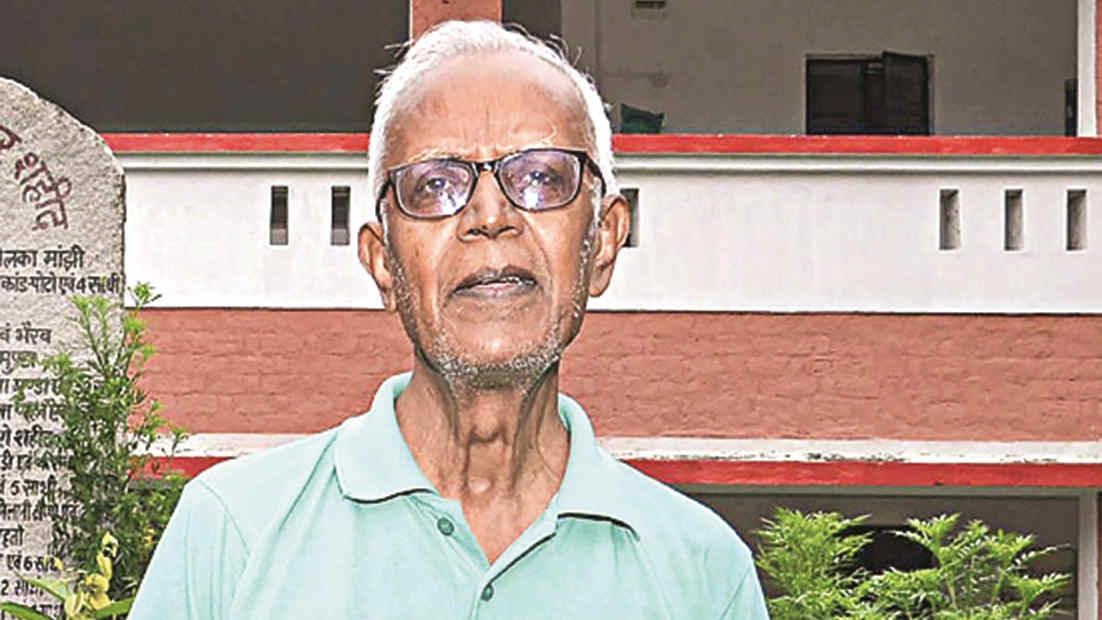 The custodial death of Father Stan Swamy, a physically frail octogenarian social worker, left me thinking, as a citizen, about its larger significance. It is obviously something to be deeply ashamed about. It represents the cruelty, callousness and violence of the State at its worst. Not all Indians will share this same feeling, though. Many will defend it as collateral damage in the fight against terrorism and political violence. Others will remain silent with the plea that it does not concern them. A few will remain significantly silent, signalling a strong endorsement of the event. I thought of splitting my feelings into a number of arguments that lead to rather disturbing conclusions. Such deaths have occurred many times in the past, and will occur again in the future. The Stan Swamy case is only a recent example that can be analysed.

My first argument pertains to treating the case as not one of active killing, like in an encounter, but a case of letting someone die consciously, ignoring the cause leading to the death. Philosophers and ethicists do make a distinction between killing and letting die. There could be many ambiguities involved. Since the latter is not an act of agency, it is considered by many — though not all — as being a little more defensible than outright killing, and hence less morally reprehensible. In the process of letting a person die, there could be excuses like forgetfulness, or inability to gauge the seriousness of the cause leading to the death, or even ignorance about the facts and context of the case. However, there are opposite possibilities too. The act of letting a person die could be very cold and calculating, where the person or persons who could have stopped the death have something valuable to gain. The gains could be financial benefits, romantic relationships, power or revenge. Therefore, the context and circumstantial evidence can be quite important in morally judging such an outcome.

My second argument is about context. In this case, the context was crystal clear. The incarcerated person was awaiting trial for an inordinately long time, he was ill, he was old. The reason for his being arrested was in connection with a high-profile case of conspiracy and violence. No one in authority, starting from the prison officials, the prosecutors, the investigators, the courts and government officials and ministers could claim ignorance or forgetfulness. Indeed, if anything, there was a denial of access to something as simple as a drinking straw for a man whose hands were no longer strong and stable. Hence, it is well-nigh impossible to believe that no one knew where things were heading. The violence lay in the denial of basic human needs. One may argue that in prisons people are supposed to be deprived of certain privileges that a free citizen enjoys. This would also include the freedom not to be physically coerced. Should all prisoners face the same degree of coercion? If we include children in juvenile homes, women and old people all as a homogeneous crowd that can be meted out the same set of denials, then we are no different from a Nazi Germany or a Stalinist Russia. The issue is about certain human rights no State can deny, especially when the prisoner has not even been tried and found guilty of the charges levied against him.

My next argument leads to the question: what if he had actually participated in a conspiracy to create political chaos and murder? Why should he be treated with leniency in jail? This argument is naïve to say the least, vicious at the very worst. A person is not found guilty beyond reasonable doubt unless tried by a court of law. The trial must follow due legal processes. In this case, Stan Swamy was far away from being tried or questioned. The charges against him were not fully framed even months after him being held. Yet it was supposed to be a case of the highest importance and sensitivity. Those who think he was indeed guilty, and some form of extra-legal or divine justice was meted out to him, have no idea of the sanctity of the rule of law in a civilized society. There are many people in our nation who believe in extra-legal justice: the prevalence of lynching, encounter deaths, honour killings and murder are just a few examples. These people have an extraordinary distrust in the legal system: its timely closure of cases, its sense of fairness and its vulnerabilities. It is symptomatic of a malfunctioning democracy.

Another ‘argument’ worth noting is the complete absence of any argument: an eerie silence from the vast majority of citizens. Does it not concern them, or does one not want to get involved in matters of statecraft? A silence can signify many things. It can immediately be taken as a sign of ignorance, not knowing all the details of the matter and hence not considering it prudent to voice an opinion. Usually, these people never get fully informed, simply because they do not want to be. The other reason for silence could be a fear of taking sides, or an absence of any concern for other people. These positions invariably help the political establishment: the less noise the better. Finally, there is another reason for silence, and that is a tacit endorsement of what happened. It reflects an extraordinary degree of arrogance: we can do it and nobody cares or dares to say anything against it. It gives the political establishment more confidence to try out similar projects of letting die. Political goals can be achieved more easily with the silence of those who might have raised their voices in opposition. The stifling of dissent, the shying away through special draconian laws from the natural course of justice, direct and indirect violence — all point to a large democratic deficit. New experiments can be carried out and the scale of violence easily escalated if the need arose.

The final argument, possibly the most common in contemporary India, is the use of examples from the past, or from other countries: did you see what Mao did? Do you know what Aurangzeb did? Do you know what Indira Gandhi did? Did you protest earlier? These examples are supposed to justify current acts that are similar. However, as a citizen, I live in the here and now. I am not interested in the history of violence when morally judging a contemporary act of cruelty. In any event, historical examples can only be prompts to make us a little more decent and compassionate, not justify brutality. Examples and counter examples, though illustrative on occasions, are never an adequate substitute for an argument. The case of Stan Swamy will be forgotten quite soon, as have been thousands of similar cases of people who have died at the hands of the State, people whose names one never ever heard of. State violence will also remain. However, as citizens, we need to interrogate the stony silence of the powers that be. Otherwise all of us become morally complicit in condoning acts of violence that are increasing rapidly in India.

We ought to have the moral courage and human decency to apologize with folded hands to the memory of Father Stan Swamy. But we will not. Does anyone really care?