The digital will become political in the near future 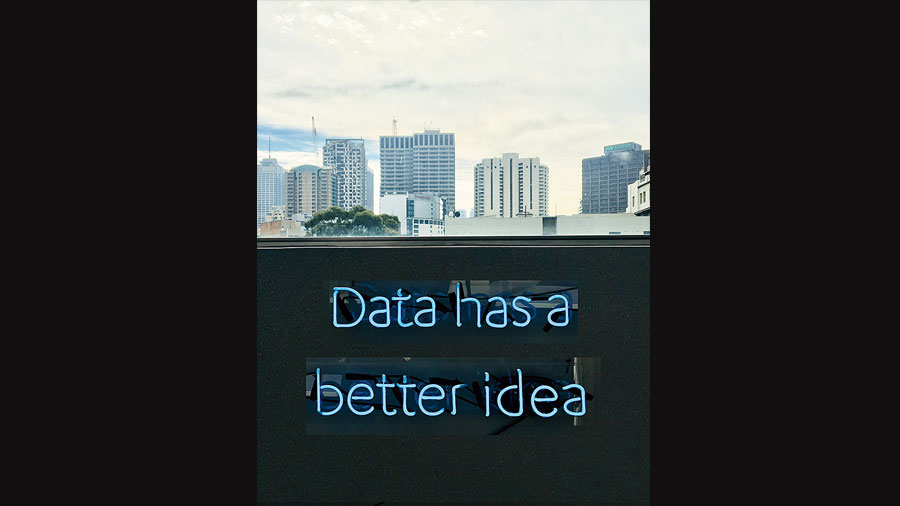 We have entered the era of big data. This era, which is just beginning, will have a greater impact on our lives than the advent of the computer did. Giant technology firms have access to a vast amount of our personal data, with or without our consent. They leverage the data for commercial interests of their own. They can monitor and influence our behaviour and actions. Control is the key, and we are often unaware of this enormous power. Politicians across the world have always leveraged information about particular groups, or individuals of interest, through surveillance mechanisms. In the emerging world of big data, governments can potentially magnify their surveillance powers and control over citizens many times more if only they had access to the kind of data that tech firms have. Hence, we are witnessing a rising tension between big tech and big government about ownership and use of data.

The speed at which data is generated is astonishingly fast. It is claimed that every two years, the world generates more data than it ever did in the past, giving us a clue about the magnitude of the explosive increase. In short, the digital is becoming political. Who wins this battle for data is yet to be fully understood, but politics will change forever. The Pegasus moment is just one small example of the things to come. The battle to own our bodies and our minds will become increasingly intense. In this context, it may be interesting to speculate on the kinds of change politics might experience. We must realize that the prevalent form of representative democracy the world has experienced over the past two centuries will not last forever. It is bound to change along with a changing world. We can discern the patterns already. The role played by Cambridge Analytica in the elections in the United States of America is not a one-off event. It is part of an emerging trend. It may not be uniform across the world, but there will be no running away from these changes. We are in the midst of a historic shift in the human condition, no less important than the discovery of agriculture or the emergence of industry. Only this time we have to learn to live with non-human, or partially human, machines.

Let us examine a few common features of political life. To begin with, try to think about the possible concentration of power. New technologies have a well-defined code of what we can or cannot do with them. The limits are part of the architecture. Machines and the new body-sensors will know more about us than we do ourselves. What news we receive, what comes first when we search on the internet, the way facts are chosen and presented — all this controls and influences our perceptions about reality. The machines will begin by showing us what we want to see and hear. Ultimately, Big Brother will control what we see and hear. Our scrutiny by machines will increase manifold. If machines can, in the near future, pick up signals about our emotional reactions and feelings, then we will enter a Kafkaesque world of trials without ever knowing the cause. Power will be concentrated in the hands of the people behind the machines.

The next aspect of politics to be affected would be democracy. Potentially, new technologies of communication can make democratic decision-making more transparent. More public reactions could be made part of the information on the basis of which a public-policy decision would be made. But people’s information would already be tainted by the subtle persuasive power of the machine. Moreover, on any matter of public debate, the robots will have far greater information and analytical reasoning power than any ordinary mortal. If we want decisions to be based on the best available information and analysis, then the question would inevitably arise as to whether the robots should be allowed to vote or not. It might also be the case that all robots may not arrive at exactly the same decision.

Let us examine another aspect of politics which is vital for any society: freedom of thought, speech and action. This freedom can be potentially enhanced through technology. However, what is socially permitted and what are the limits of acceptable behaviour will be determined by technology too. Social freedom, to be distinguished from anarchy, must reflect some shared basic values. However, the individual under surveillance is constantly controlled and influenced. Hence the shared values would be dictated by machines. Dave Eggers, in his book, The Circle, describes a giant tech firm that is run by three unseen founders. The firm specializes in continuously getting clients to rate everything under the sun on its digital platform. The world sees the voting outcomes as the truth and they shape what is considered good or bad by a vast number of users. Values, like consensus and truth, are created notions.

Finally, even issues of distributive justice can be decided by algorithms: the screening of candidates for a job, insurance awards, stock market trade, and sanction of bank loans. Machines can also be coded with built-in biases against a particular gender, race, or ethnicity. Courts could become less useful as the merits of a case might be perfectly analysed with available evidence and all prior case precedents. No single lawyer or judge could ever do this. Public policy could also be screened through data analytics algorithms to find out the best available option or whether a policy is feasible or not. These are just a few examples of possible changes.

A couple of issues are worth considering at this stage. Big Data is Big Power. Whosoever owns it and knows how to control it rules the world. Old-time politicians will be worthless in this game. Old-time business tycoons will also become obsolete. The new social engineers will be the new software experts. Even the old software engineers will be redundant. The new breed will be super-intelligent persons, possibly many of them half-human and half-machine or even a full-fledged robot that learns on its own. On them the moral burden of defining ethical behaviour will lie. They will define consensus, truth, values, and actionable agendas for society. At the same time, a very large part of the global populace will become useless and unemployable. Their ability to survive will depend on this new breed of super intelligent beings.

Yet, the digital will be the only avenue open to raise voices of dissent, revolt against a machine system that redefines culture and values, demand more freedom or justice. It would be the best way to organize and hold the system accountable. This will not be easy: dissent and protest never were.