Advertisement
Home / Opinion / What makes images and words original and authentic in the digital age?

Technology has given birth to complex questions related to copyright, ownership, legal rights, and profit-making 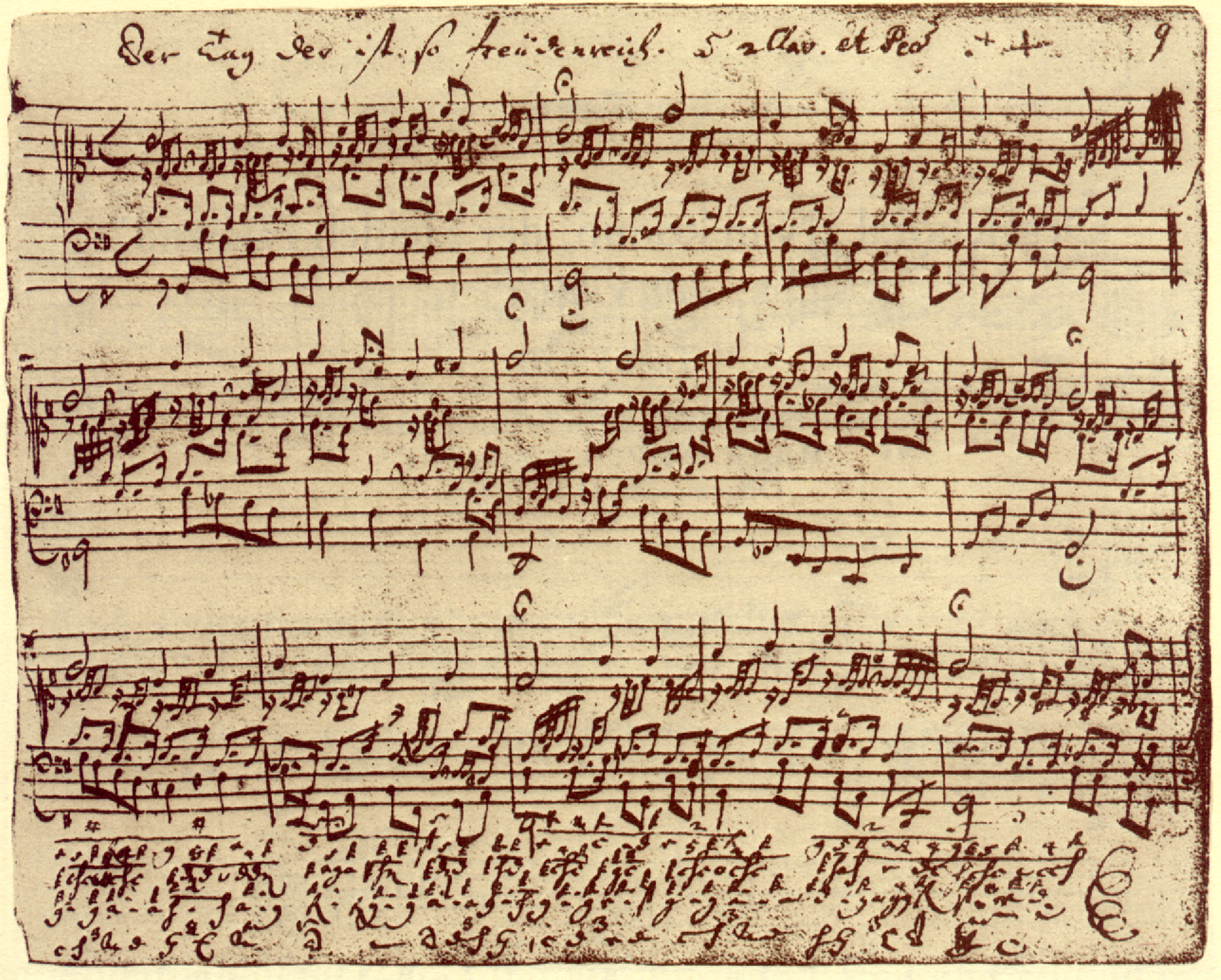 A scanned copy of the first page of Johann Sebastian Bach's manuscript of a choral prelude, "Der Tag der ist so freudenreich" (the day is so joyful) BWV 605, written in the early eighteenth century
Wikimedia Commons
Samantak Das   |   Published 23.11.18, 03:11 AM

A couple of years ago, I walked into a classroom to discuss an essay by, if I can recall accurately, Raymond Williams, and had the peculiar sensation that something was not quite right. The students were there, in their usual places, the room was suffused by the usual neon-white light, the usual low buzz of conversation went down the usual couple of notches as I went to the table and plonked down my books, and then ceased altogether as I started talking. The students, doing their MPhil and PhD coursework, were, typically, more attentive than in the average undergraduate classroom, and seemed not only to be listening to what I was saying but also taking down notes; a few minutes into my spiel someone raised her hand and asked me a pointed question which told me she was well-acquainted with the text being discussed… And then it struck me: in a class of some 20-odd students, there was not a single piece of paper to be seen (except, of course, for the books on the table in front of me). Every single student had the text open in front of her or him, but not on a printed page; they had it displayed on their smartphones, or tablets, or laptops; and they were taking notes on the same devices, or recording them on small digital recorders. I was so struck by this that I stopped and asked if they found it strange to be in a classroom, discussing literature, without a single shred of paper, or any kind of writing implement in view. Even as I said this, I realized that this way of doing things came as naturally to them as jotting down a thought or a phrase in my notebook came to me.

As this realization struck, I also remembered, with something akin to shock, that the number of books and journals I had in digital form far exceeded the number of books of which I had physical copies; and the same was true for works in other media — such as photographs, various kinds of music and, of course, films. An attempt at stocktaking had to be abandoned when the numbers crept up to six figures for books and journals, five figures for pieces of music (ranging from symphonies lasting hours to three-minute pop songs), and the high four figures for movies and related audio-visual items (television serials, documentaries, stand-up comedy, you name it). If I were to do nothing for the rest of my life but read every book and journal article in my possession, listen to every song I have and watch every movie stored on my hard drives, I would have to live to 270 and give up eating, sleeping, and all other bodily functions. Without quite realizing just how it had happened I had metamorphosed from a discerning collector of items that I valued into a hoarder who stored things because, well, actually just because they were so readily available. And I am certainly not the only one doing this. I have friends who have collections (hoards?) of over 10,000 films and many of the students at the university where I am employed possess close to a hundred thousand books, journals, articles; and, of course, these figures do not include the millions upon millions of items that can be accessed with a couple of mouse-clicks.

In perhaps his best-known essay, “The Work of Art in the Age of its Technological Reproducibility” (1935-6), the German critic, Walter Benjamin (1892-1940), had noted that when a work of art is “designed for reproducibility” it makes no sense to seek for the “original” or the “authentic” work, and “as soon as the criterion of authenticity ceases to be applied to artistic production, the whole social function of art is revolutionized”. Later on, in the same essay, Benjamin goes on to assert that the “technological reproducibility of the artwork changes the relation of the masses to art”; shorn of the “uniqueness”, “authenticity” and “aura” of the “original”, designed to be consumed by a tiny elite (think of any famous painting), the work of art that is designed to be reproduced (such as film) becomes politically charged and potentially revolutionary, the reason why the “extremely backward attitude toward a Picasso painting changes into a highly progressive reaction to a Chaplin film”.

What our digital age seems to have done is blur the boundaries between works of art designed to be reproducible and works intended to retain the ‘aura’ of their authentic originality. It may be possible to argue that the digital reproduction of a work that first came into existence in non-digital form, say, Shakespeare’s First Folio, is “merely” a reproduction, and the 233 copies of the work that survive should not be confused with a digital copy, even if the digital copy allows a reader to see details that one would not normally notice if one held a Folio in one’s hands. But what is one to make of works that are “born digital”? Not just film and video, many (most?) literary texts are now born digital — and many remain so without ever taking on printed form; even those which do appear on paper may continue to enjoy an afterlife in their digital avatars. I am pecking out this piece on a computer and, once it appears in print, I will send hyperlinks to friends and relatives who do not have access to the print version of this newspaper, in order to enable them to read the digital version. I know photographers, visual artists, musicians, and poets who prefer to keep their creations digital instead of making prints, or compact discs, or books, out of them. The modes of transmission and circulation of born-digital works are, I would argue, considerably different from anything we have encountered before. Not only do these not possess Benjamin’s aura or claim authenticity for themselves, but it also no longer makes sense to speak of the original in contrast to a copy.

When we take a photograph and email it to friends, what are we sending them, a copy or an original? And what of the image stored in our smartphone or chip? Is that the real thing, the original? Time was when, if I wanted to read a book that a friend had, she would have to lend it to me. If she gave it to me, she would no longer have it herself (unless she bought another copy for her personal library). Now, when I ask for a book, my friend can both give it to me and still possess her own copy, especially if it was born digital. The same holds true for a film, a song, a picture, and so forth. More importantly perhaps, both items are identical in every way, with no way of easily determining which of the two preceded the other.

This way of creating and transmitting works has given birth to complex new and difficult questions related to copyright, ownership, legal rights, models of revenue-generation and profit-making. The property-relations that undergirt a work of art have changed irrevocably and we are still trying to come to terms with them, but I suppose that’s a whole new story.