A question of representation 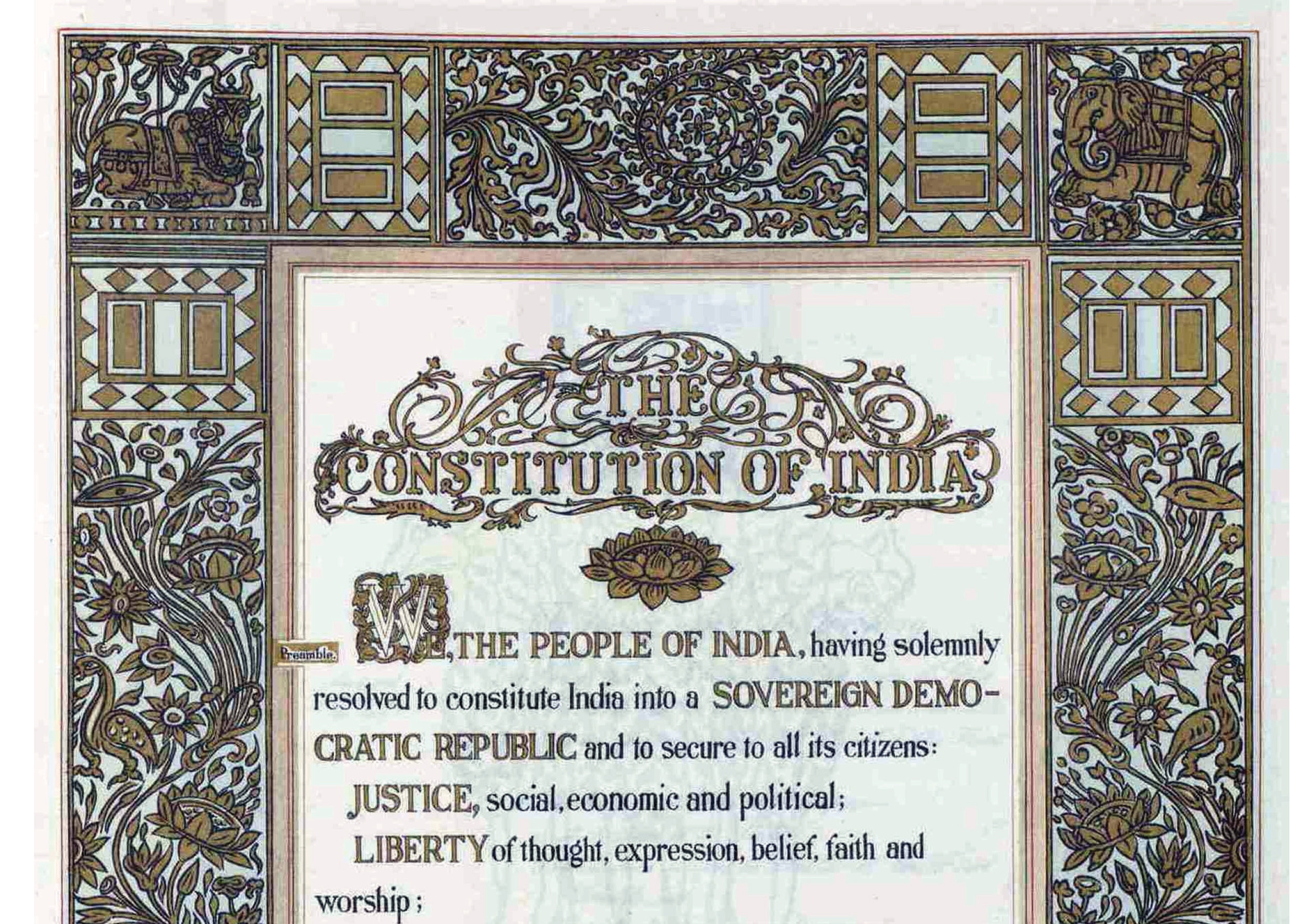 The 1950 Constitution has sustained the constitutional democratic structure of governance that Indian Constitution-makers built by being respectful to the values of Enlightenment philosophy. The 1928 Motilal Nehru Report and the 1945 Sapru Constitutional Proposals were useful inputs for the Constitution, besides, of course, the British initiatives at organizing governance in India by following, in steps, the structure of the Westminster form of constitutional democracy. Nonetheless, there is no dispute that the Constituent Assembly was elected on ‘restricted franchise’ with just 10 per cent of the Indian population as the voting rights were given to the Indians on the basis of very stringent criteria of education and share of tax. It is also true the suggestion for constituting a Constituent Assembly was made by the 1946 Cabinet Mission; its origin was alien. Moreover, calculations show that as many as 250 provisions were taken from the erstwhile 1935 Government of India Act; especially the Emergency provisos (Part XVIII of the 1950 Constitution) were a verbatim reproduction of the provisions contained in the 1935 Government of India Act. Even the Preamble to the Constitution of India was, to a significant extent, based on the Preamble to the 1789 US Constitution.

One should give due appreciation to Benegal Narsing Rau who prepared the draft Constitution, which B.R. Ambedkar placed before the Assembly for discussion. Being the chairman of the Drafting Committee, he had the entire responsibility which he successfully discharged with the help of two competent colleagues, B.N. Rau and S.N. Mukherjee, the chief draftsmen of the Constitution. Given his experience during the preparation of the 1935 Government of India Act, Rau was chosen by Ambedkar; as a result, the 1950 Constitution had a clear reflection of the ideological tilt of the 1935 Act. Opposed to this endeavour, the Gandhians expressed their resentment by saying, “We came here to listen to Veena and Sitar, but we were forced to listen to the British Band.” Similarly, another Gandhian, Arun Guha, also condemned Ambedkar and his colleagues for supporting liberalism by undermining the Gandhian idea of village swaraj. To pacify the Gandhians, the framers agreed to keep village panchayat in the non-justiciable section of the Directive Principles of State Policy (Part IV of the Constitution). This demand was fulfilled in 1992 when, with the adoption of the 73rd Amendment Act, the village panchayat was made part of the justiciable segment of the Constitution. This point is made to argue that the Indian Constitution has a powerful design to include provisions, which are contextually relevant. Examples can be multiplied. For instance, in 1971, with the passing of the 24th Amendment Act, the government allowed Parliament to dilute fundamental rights of the people enshrined in Part III of the Constitution. It was abrogated by resorting to the authority given to Parliament in Part XX of the Constitution in 1977 with the acceptance of the 42nd Amendment Act. These examples are cited to put across the point that nothing is sacrosanct in the Constitution of India; if there is a provision which is ultra vires to the fundamental ethos of the Constitution, it can easily be rescinded. There is, of course, a caveat. With the evolution of the Basic Structure doctrine, the amendments cannot be promulgated at will. While perusing the origin and development of this doctrine, one can refer to the idea of the Due Process of Law, which was part and parcel of the 1789 US Constitution. The idea gained ground in India’s case in many landmark judicial pronouncements, beginning with the 1964 Sajjan Singh versus State of Rajasthan, the 1967 Golaknath case, the 1973 Kesavananda Bharati case, among others.

Let’s go back to the moot point. Given the available historical/archival sources, it can safely be argued that those who drafted the Constitution did not represent Indians in general given the design of restricted franchise that had prevailed then. In response to this charge, Ambedkar retorted that the US Constitution was also designed by a minority who represented the values and norms that were useful for Americans at large. This was the justification that Babasaheb provided which, however, did not please the Gandhians and some of the other members with different ideological inclinations. Another important point needs to be reiterated, especially now when constitutionality is being sought to be redefined for partisan gains. The State is authorized to change or adopt new laws by following stipulated rules and regulations. Even if this is contrary to the popular will, anarchism will lead us nowhere; we will have to go back to Parliament which is constituted by universal adult suffrage. If change is absolutely required, it has to be done by our representatives in Parliament, as it had happened in 1977 when the 1971 law authorizing Parliament to curtail fundamental rights was repealed. Here, we must also remind ourselves that in 1977, the parliamentarians also added new words in the Preamble to the 1950 Constitution. So nothing is sacrosanct except that it has to be respectful of the basic structure of the Constitution.

Two fundamental points need reiteration. First, anarchy is contrary to the democratic values that our freedom fighters and the framers of the Constitution nurtured so assiduously. They gave us a Constitution which, being drawn on what they preferred then, continues to remain a bacon of light in spite of hiccups now and then. Second, by laying out a workable amendment procedure, the founding fathers have left enough scope to make the Constitution contextually relevant.

Rabble-rousing is not a solution if we have faith in parliamentary democracy. Condemnation of Parliament takes us nowhere if we have respect for the basic structure of the Constitution. Would any meaningful purpose be served by allowing the politics of anarchy to raise its head, resulting in the democratic means of protest and dissent taking a back seat?

The author is vice-chancellor, Visva-Bharati University