The century of wars

It is now time for humans to unite, learn adaptation, respect the logic of evolution and manage to survive Covid and much more 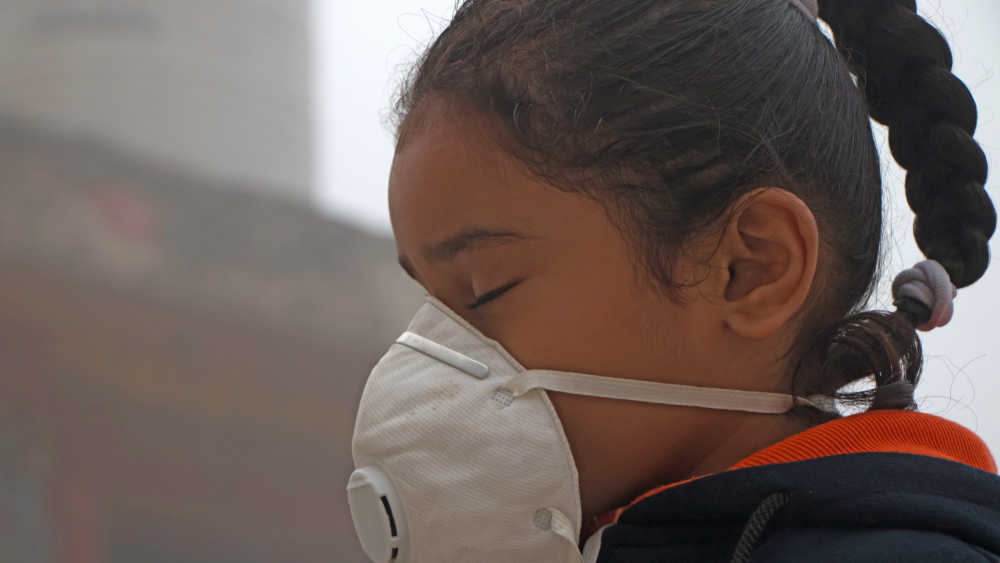 Just before the outbreak of Covid-19, we saw that schools in Delhi had to be locked down as there was not enough oxygen in the air for children to breathe freely.
Shutterstock
G.N. Devy   |   Published 11.06.21, 02:01 AM

The beginning of the year, 2000, had brought great excitement among people of all continents. That was the year marking the beginning of not just a new century but also a new millennium. Many names were suggested as historical tags for the new century; but, probably, the one that was received with the greatest enthusiasm was ‘knowledge century’. But no one talks of the present century now using that term. The world has meekly accepted to look askance at what is in store for Homo sapiens. At this juncture, the future looks so embattled. We are surrounded by so many newly-unfolding war fronts.

Let me begin with news reports about a strange war that appeared in several newspapers in Karnataka.  Some 800 elephants roaming in what is known as the ‘elephant corridor’ of the Western Ghats have started a systematic war with the human inhabitants there. The conflict has been recorded by forest officials since 2014. During the ‘war’, so many humans have been maimed by elephants and so many elephants have been shot dead. The tension between the two warring sides is so acute that the forest officials in Hassan district have decided to instal sensors to alert the inhabitants of the presence of elephants in their vicinity. A siren begins when these sensors pick up the presence of elephants and humans run to the nearest safe-shelter, reminding one of Londoners getting into tube stations when Hitler’s military planes hovered over the city during the Second World War.

Before the news about the elephants in the forests in India, one had read about the outburst of forest fires in Australia. They had spread for over nearly 110,000 square kilometres and had caused the death of 33 persons. Australia is not the only continent where forest fires have besieged humans. The North and South Americas, East Africa and Southeast Asia, have witnessed an increase in the frequency of wildfires.

As if war with elephants and forest fires were not enough of strange news, one was stunned to read that a professor of astronomy at Harvard, Avi Loeb, had claimed that the floating object spotted in outer space in 2017 was not natural but launched by another intelligent species. In his provocative book, Extraterrestrial: The First Sign of Intelligent Life Beyond Earth, Loeb warned the world that to not take the existence of an extraterrestrial species seriously could prove to be a fatal mistake. The object he discusses is given the name, ‘Oumuamua’, a word from the language of an indigenous community. Loeb’s argument is that the orbit through which the object moved did not follow the laws of gravitation. It clearly showed that a ‘non-gravitational force’ was directing its movements. He believes that it is a spaceship powered by solar power generated by using huge mirrors set on its body. His conclusion is that the existence of extraterrestrials, a subject of science fiction and movies, can no more be seen as just a figment of imagination or fantasy. Another professor has brought in even more disconcerting news for humans. Idan Segev of the Hebrew University of Jerusalem and his team of scientists are busy forming artificial human brain cells. His research will feed into placing the intelligent machines on a par with the most innovative humans. Combined with the rampant use of artificial intelligence by State powers for surveillance, the scientific advancement visualized by the researchers in Israel reveals before us the spectre of having a mix of intelligent machines and humans as the ‘ruling class’ in the coming decades.

The coronavirus disease spell has made the shortage of oxygen for medical purposes big news. But just before the outbreak of Covid-19, we had seen that schools in Delhi had to be locked down as there was not enough oxygen in the air for children to breathe freely. But before the big economies of the world find a solution to this seemingly irreversible problem, David Beasley of the World Food Programme has given a stern warning that over 83 crore people in the world — that is one in every 10 humans — have lost their food security. Agriculture and fishing as conventional methods of food production have become unviable livelihood choices. The utter disregard of the Indian government for the farmers’ discontent is not just an expression of its characteristic arrogance. It is also a reflection of how low agriculture now ranks in the economic policies of governments.

What do these apparently diverse calamities threatening human existence indicate? The wars fought by us centuries ago were mostly faith-based. The wars fought during the 19th century were nationalistic in character. The wars fought during the last century were driven by ideologies combined with economic interests. The wars waiting for us on the horizon are of a different character and of a different order. These will be wars for or with the environment, with the forces of natural evolution, with non-human intelligence and with life and objects that belong to a different framework of matter and motion. Sadly, governments remain in the old world mindset; they are prisoners of terribly dated political ideologies focused on faith-based divisions, territorial contestations and narrow nationalism. Although the proponents of ‘Cosmopolitan Democracy’ have made a beginning by thinking about political systems necessary for equipping humans to fight these new wars, their voice is still very feeble. But time is ticking fast. There are unprecedented wars waiting for us. It is now time for humans to unite, learn adaptation, respect the logic of evolution and manage to survive Covid and much more through this century of wars.