Advertisement
Home / Opinion / Not quite green

The carbon cost of digitization is an under-reported story 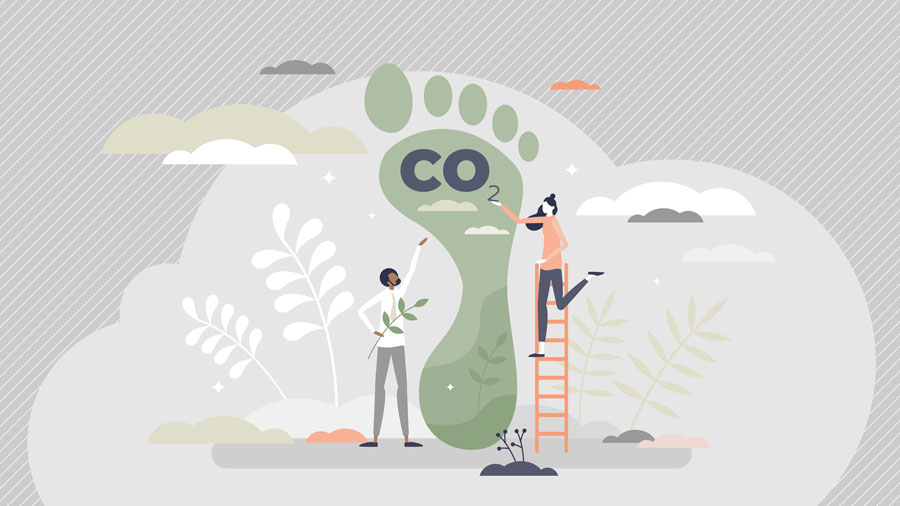 A climate conference has come and gone without the environmental impact of digitalization receiving any meaningful attention. Given how purposefully both the world and India continue to march towards a sweeping digital transformation of communication and manifold other activities, this is curious. When practically all manner of human activity is being put under the carbon footprint scanner, why is the ever-burgeoning use of the internet not an issue? Depending as it does on energy consumption?

As the website called Reset.org summarizes it, millions of search queries per second, voluminous streaming of songs and videos and billions of emails sent add up to an ever-increasing global demand for electricity and to rising CO2 emissions as well. Our increasing reliance on digital tools has an environmental impact that’s becoming harder to ignore for those who research it. For the rest of us, it is invisible and a non-issue. The absence of adequate media consciousness and, therefore, focus on this emerging elephant in the room is part of the problem. The carbon cost of digitization is a remarkably under-reported story.

This PTI report last September is a rare one that goes into some of these issues quoting recent research. Digitization is believed to be green in theory; it is assumed that information and communications technologies are clean. But they are not, and require design changes to make them more so. The post-Covid digital transformation being accelerated across businesses and financial processes is expanding the appetite for tech jobs and, therefore, tech talent. India is becoming the base to which global ICT companies are transferring their back-room operations by setting up data centres. This is also adding to the digital carbon footprint the country will have to absorb.

So what kind of redesign would mitigate the carbon emissions? Experts from the DigitalGoes.Green Foundation quoted by the PTI report cite the example of a single intervention in the design of YouTube video streaming services that could enable “emissions savings of up to 586 KtCO2e, with equivalent carbon savings as Google’s entire effort in the past five years to change to 100% renewables.” “Besides, Video streaming services, other services such as roll out of 5G; massive build-up of Cloud; Online Ads; Gaming; Artificial Intelligence; Quantum Computing and Blockchain would offer similar benefits from a renewed emphasis on redesigning digital products and services which keep sustainability in mind,” the report says.

For the growing tribe of environment reporters in this country, there is a whole new beat here to be expanded. Going digital makes its own demand on renewable energy.

That media consumption is a producer of considerable emissions is not in doubt. Between them, Google and Facebook create the maximum data. Research is producing varying estimates of what this adds up to. Reset.org quotes one example from a researcher at the Öko-Institut which estimates that each search query emits around 1.45 grammes of CO2. An individual using a search engine to make around 50 search queries per day can produce 26 kilogrammes of CO2 per year. Add that up for millions of individuals. Google has been putting out environment reports estimating its own carbon footprint. Its 2017 report puts its carbon footprint for 2016 at 2.9 million tonnes of CO2e and its electrical energy consumption at 6.2 terawatt hours.

Online searches are a smaller problem than music and video streaming. Reset quotes The Shift Project to estimate that 80 per cent of all data flow through the internet in the form of moving images. Estimates of what the CO2 consumption of streamed online video is vary in different studies. Researchers say concrete figures are difficult to determine because the results depend heavily on the choice of device, the type of network connection and the resolution.

If data travelling around the globe consumes energy, the smart devices that make this consumption possible with their too-short lives end up as toxic electronic waste. That is another dimension of India’s smartphone explosion and its population going digital. And the greater the ease of communication, the more the use of expendable communication. Social media garrulity has its carbon price, whether anybody is worrying about this or not.

Then there is blockchain. Even as its use is both debated and promoted, its energy consumption is not talked about. Eleanor Wragg writes in Global Trade Review that the system underlying the cryptocurrency bitcoin has emerged as a clear enabler of the future of trade finance. But its energy-use is gargantuan, with environmental implications. It uses far more energy than rival cryptocurrencies. Forex Suggest, a South Africa-based site that produced a Global Impact of Crypto Trading report, estimates the level of forest expansion required. Drawing on it, Fortune reports that offsetting bitcoin’s carbon footprint would require planting 300 million new trees. Somewhat different in scale from newsprint’s wood pulp consumption.

The question at the end of the day is this: can the goal of Digital India and the goal of net-zero emissions that the prime minister announced go hand in hand? And if they need to, are enough people thinking about how to ensure compatibility?