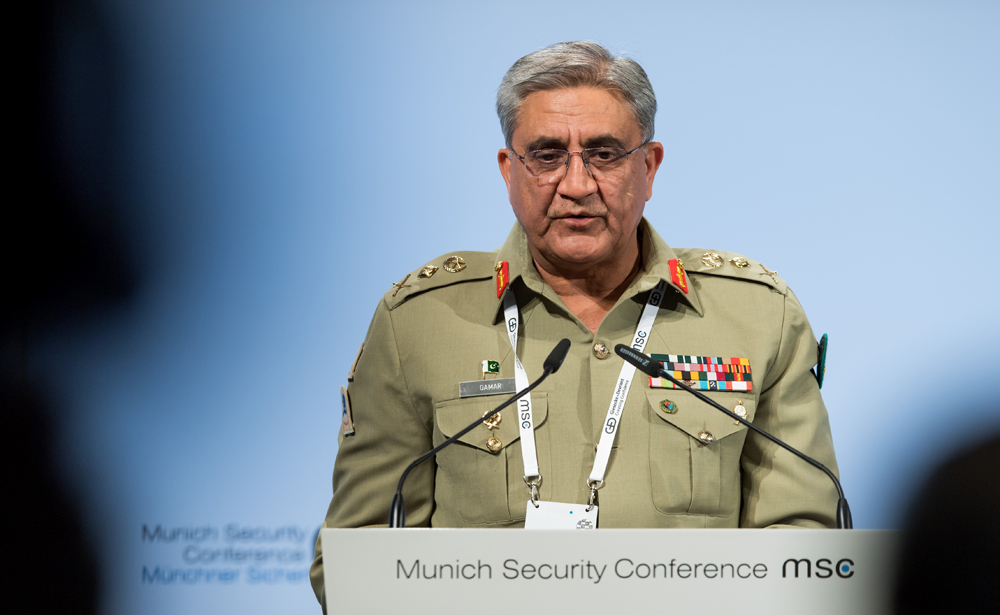 Over the last two months, there have been intriguing developments in Pakistan’s domestic political scenario. First, veteran politician Maulana Fazlur Rehman of the Jamaat Ulema-e-Islam (Fazlur) launched an ‘Azadi’ march from Karachi to Islamabad in late October. The resulting sit-ins in the capital received extensive coverage before they were called off abruptly 13 days later. Second, Gen Qamar Javed Bajwa’s extension as Chief of Army Staff (COAS) was stayed by the Supreme Court. He later received a six-month reprieve on the day that he was to retire.

This ongoing churn in the Pakistani military-jihadi complex (MJC) — a dynamic syndicate of military, militant, radical Islamist and political-economic structures — presents a good opportunity to ask a broader question. Are these events linked to India and current developments in the Indo-Pakistan relationship?

Going out on a limb, we think they do and here’s how. There are indications that Gen Bajwa has put the brakes on terrorist organisations such as the Lashkar-e-Taiba (LeT) and Jaish-e-Mohammad (JeM). The former has shown restraint for over a year and the latter has been inactive for at least six months. This control has not been popular in the MJC, particularly after India’s decision to amend Article 370. Gen Bajwa’s extension further galvanised seething factions within the MJC with the result that they first tried to take a shot at Gen Bajwa through Fazlur Rehman and then through the Supreme Court. And because some of this churn is inextricably linked to Pakistan’s equation with India, the dust is unlikely to settle unless something happens on the Indian front.

This explanation is not accepted by many in India. Rather, the common view is that the Modi government’s forceful posture has brought the Pakistan Army down to its knees. In this narrative, the Uri surgical strikes and the Balakot air attacks have raised Pakistan’s costs for engaging in terrorism to such an extent that it must meekly accept India’s August 5th decision on J&K.

However, this Modi-centred explanation is unsatisfactory in many important ways. For example, it doesn’t explain why Pakistan opened the Kartarpur corridor and why Gen Bajwa, very visibly, showed that the army was on board with the decision. To believe recent quotes in the media attributed to Pakistan’s railways minister Sheikh Rashid that Gen Bajwa has hit India by “creating a new environment of peace and winning itself love of the Sikh community” is nothing but naivete. Neither Modi government’s actions on the LoC nor Gen Bajwa’s “sinister” design explain why this overly friendly gesture was made.

This linear narrative also ignores that India reciprocated on Kartarpur by laying the foundation stone on 26/11, virtually signalling that Mumbai was behind us. Similarly, both India and Pakistan allowed former Norwegian prime minister Kjell Magne Bondevik, a Lutheran pastor and currently into conflict resolution, to visit both the Kashmirs after the Kartarpur ceremony. This was the first time in more than five years that a foreign envoy was allowed to visit the valley, sparking off speculations that his discussions in Srinagar could be related to the Manmohan-Musharraf four-point formula.

Moreover, this “India has handcuffed Pakistani MJC” view is based on a weak understanding of Pakistan’s strategies and capabilities. India’s actions on the LoC doubtless hurt Pakistan but they would have been met with quick retaliatory action. Moreover, ground-based operations of a shallow depth, which this government has labelled as “surgical strikes”, have often happened in the past and against virtually all of India’s neighbours. Pakistan has also conducted similar operations. Operations like the Balakot airstrikes are definitely of a higher magnitude but the aircraft intruded only to a shallow depth. Yes, the targets were deep inside PoK but probably caused no real damage. Moreover, such strikes can be done once but cannot be done repeatedly as the retaliation could well be punitive.

Overall, none of these attacks prevent Pakistan from using terrorism within Kashmir. This is a low-cost operation for them, one that they have perfected over the years. Despite India raising the costs —real or perceived — Pakistan could have still done what it usually does. If anything, India’s restrictions in Kashmir provided them with the perfect alibi.

Another popular explanation for Pakistan’s muted reaction is the force of the Financial Action Task Force (FATF) sanctions. The narrative goes that Pakistan’s poor economic condition, exacerbated by the pressure applied through FATF, is restricting Pakistan’s terror modules. In reality, the FATF is vastly misunderstood. FATF’s role in combating terror financing is limited to setting global standards to combat terrorist financing, assisting jurisdictions in implementing financial provisions of the United Nations Security Council resolutions on terrorism, and evaluating countries’ ability to prevent, detect, investigate and prosecute the financing of terrorism. By its own admission, FATF acknowledges that “many countries have not yet implemented the FATF Standards effectively.” In essence, FATF has bark but little bite and certainly no power to impose sanctions. What’s being miscalculated is that Kashmir is a low-cost operation for Pakistan and can be masked in such a manner that it does not attract the attention of the FATF.

All this means that the correct explanation has to be endogenous to machinations within the Pakistani MJC. Gen Bajwa’s tenure as COAS has been a tumultuous one right from the beginning when it came out that he regarded extremism as a bigger threat than India. Opposition to his policies kept building up and culminated finally in Maulana Fazlur Rehman’s march under the excuse of seeking Imran Khan’s ouster. Before the march, Rehman had reached out to both the PMLN and PPP and both had been supportive but suggested deferring it till after Gen Bajwa got his extension. Rehman went ahead at which point support from the others petered out. That he went as far as he did, marching through Sindh and Punjab, could not have been without some support from within the MJC.

Once he had made his presence known in the capital, he accused the government of being under the influence of an “Ahmadi lobby”. He made the point that Imran Khan had stood quietly while India assimilated Kashmir. The target of both these accusations was Gen Bajwa, not Imran Khan.

For now, there seems to be a pause with Supreme Court’s reprieve to Gen Bajwa but this game is not over yet. To the extent that the MJC weakens from the inside, it is in India’s interests. But it would be equally incorrect to think that India’s actions have changed the MJC’s stance permanently. This churn might result in Pakistan’s actions regressing to the mean in terms of using terror as a means of foreign policy. A realistic assessment should factor these possibilities going ahead instead of being under the impression that India has already won.