The battle against sedition is far from over 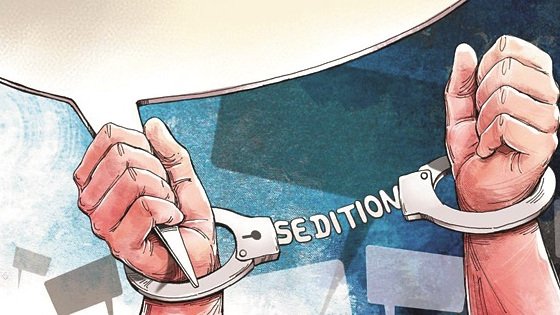 After pronouncing that “every journalist is entitled to protection” from charges of sedition, the Supreme Court may soon begin a review of the constitutional validity of Section 124A. It’s axiomatic that the abolition of seditious libel will help in protecting certain kinds of free speech. But the bigger question is this: is the law of sedition the only or, for that matter, the biggest impediment in our path to a freer future? More pertinently, what is the role of the higher judiciary beyond reading down or striking off a statute? Does our Constitution instruct that the Supreme Court should exercise the counter-majoritarian power of judicial oversight rarely and sparingly? Or is it a living Constitution that mandates eternal judicial vigilance?

It’s not just the indiscriminate use of Section 124A that is stifling free speech and diminishing our democracy. It’s the systemization of harassment and the weaponization of every possible piece of law to persecute opponents and critics of the government that are extenuating individual freedoms and civil liberties. So even if Section 124A goes, the punishment of ‘seditious libel’ will continue in one form or the other.

Governments of all stripes have sought to suppress dissent. But some governments go further, they systematize the witch-hunt of those they consider ‘disloyal’, ‘subversive’ or ‘traitors’.

The government of the US president, John Adams, prosecuted dozens of Republican senators, journalists and writers under the Alien and the Sedition Acts of 1798 for “false, scandalous and malicious writing”. One  hundred and forty years later, at the height of the ‘red scare’, the Harry Truman government set up a House Committee to investigate ‘disloyalty’ and ‘rebellion’ among private citizens. From 1950 to 1954, the senator, John McCarthy, carried out an unprecedented purge of ‘communists’.

But what puts the Narendra Modi regime in a league of its own is that there is hardly an example of a constitutional democracy weaponizing ordinary laws like those on corruption, money-laundering, income tax evasion, information technology and rules on foreign exchange to crush the Opposition and muzzle the dissenters as the Modi government has done.

Section 124A is only one of the quivers in the vast legal armoury deployed against ‘urban-naxals’, ‘sickularists’, ‘anti-nationals’ and ‘agents of Pakistan’. More commonly (mis)used laws include the Unlawful Activities (Prevention) Act, Prevention of Money Laundering Act, National Security Act, Public Safety Act, Prevention of Corruption Act, Conservation of Foreign Exchange and Prevention of Smuggling Activities Act, Information Technology Act and provisions of the Indian Penal Code like Sections 153B (imputations, assertions prejudicial to national-integration) and 505(2) (statements conducing to public mischief). The sheer range of laws misused, abused and misapplied by this government is bewildering. The witch-hunt is so legally evolved, strategically sophisticated and tactically calibrated that it grinds down the regime’s opponents to either submission or decimation.

NDTV, Newsclick, Lawyers Collective, Teesta Setalvad, and Amnesty International India, for instance, were not booked on charges of sedition. They were, instead, charged with money laundering, financial impropriety or embezzlement. Many legislators and ministers of the Trinamul Congress, the former aides of the Kerala chief minister, Pinarayi Vijayan, several MLAs and ministers of the Aam Aadmi Party (like Satyendra Jain), and Congress leaders like P. Chidambaram and D.K. Shivakumar are also facing charges of corruption and/or money-laundering brought by specialized agencies like the Central Bureau of Investigation and /or the Enforcement Directorate. The family of Ashok Lavasa, who handed 11 dissent notes against inflammatory election speeches by Narendra Modi and Amit Shah, is facing investigations by the ED and the IT department. The list of the victims of governmental abuse of power and laws is long and counting. The latest targets are Twitter, Facebook, WhatsApp, Signal and Telegram.

It took a great political fightback and a spirited election campaign mounted in defence of free speech and democracy by Thomas Jefferson to end the oppression unleashed by John Adams.

McCarthyism was contained by the US Supreme Court. Under Fred M. Vinson as chief justice (1946-53), the court largely rubber-stamped government action against those accused of being ‘communists’ and ‘subversives’ (The Supreme Court and McCarthy-Era Repression by Robert M. Lichtman). But in 1953, Earl Warren took over as chief justice and brought about a constitutional revolution’. The Warren Court (1953-1969) decided dozens of cases involving alleged subversives and dissenters and set aside the abusive proceedings. In 1962, the court formally rejected the crime of ‘seditious libel’ as fundamentally incompatible with the freedom of speech guaranteed by the First Amendment.

The Warren Court changed the course of history of the United States of America by advancing equal protection, civil rights, and democratic governance. ‘Constitutional revolution’ was brought not by the occasional brilliance of striking down a statute here or a penal provision there, but by the court constantly blunting and frustrating governmental abuse and weighing in on the side of religious minorities, political dissenters, the blacks, the poor, and the disadvantaged.

Contrast it with the functioning of the Supreme Court of India since 2014. Overwhelmed by the ascendance of a ‘nationalist’ and seemingly indefeasible government, the court arguably took shelter under ‘mechanical jurisprudence’. To put it mildly, the court has been in an ultra-conservative mode. In almost every politically sensitive case, the government came out victorious.

Take a brief survey of some of the recent apex court rulings: this court has limited jurisdiction to review defence contracts (Rafale verdict); financial planning is the government’s prerogative and “no one could question it” (judgment on PM-Cares Fund); Sahara-Birla diaries “constituted random loose sheets of paper on the basis of which high public functionaries occupying important offices cannot be subjected to investigation”; the scheme of electoral bonds is operating “without impediment” since January 2018 and the court does not see any justification for staying it (Electoral bonds case); the question of validity of the restrictions imposed in Kashmir to be assessed by a review committee set up by the government that imposed the curbs in the first place (the case involving the editor of Kashmir Times, Anuradha Bhasin). Apart from being an ‘executive-minded’ court, the top court’s foot-dragging over seminal constitutional questions, such as the validity of the Citizenship (Amendment) Act of 2019, the abrogation of Article 370 and the 2019 UAPA amendment act, reeks of judicial indecisiveness. Dozens of habeas corpus petitions were frustrated by judicial inaction.

With no judicial oversight to invigilate its actions, a majoritarian Central government has packed all institutions of import — administrative, investigative, constitutional and statutory — with political weaklings who act in a blatantly partisan manner.

The Supreme Court’s quashing of the sedition charges against the journalist, Vinod Dua, and its move to carry out a fresh judicial review of 124A are welcome. But to reignite the fast extinguishing flame of civil liberties and fundamental freedoms, it will need nothing short of a constitutional revolution. Can the court make human rights and civil liberties the dominant constitutional theme? Rather than reinforcing the status quo, can it weigh on the side of the disadvantaged and the persecuted? It is on this anvil that the court will be tested and assessed.