The Assam Rifles lesson for Manipur

Can the history of the Cachar Levy have a lesson for the Manipur government in resolving its Village Defence Force dilemma? 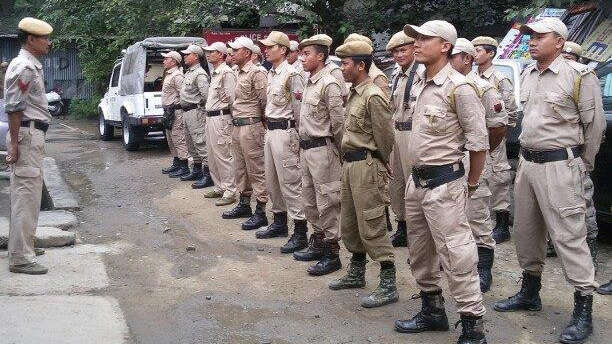 It should not surprise anyone that prolonged insurgencies leave behind scars, some barely visible but, nonetheless, excruciating. The case of the civil militia, Village Defence Force, in Manipur, raised in 2008 after an assault on a village by an insurgent group, is particularly poignant. That was a period marked by uncertainty and chaos in the state when insurgency was at one of its peaks. Every morning, newspaper headlines screamed of gory gun violence, unrest over alleged fake encounters, or else the continuation of the Armed Forces (Special Powers) Act.

The fateful incident took place during the Yaoshang (Holi) festival celebrated for five days and marked by sporting events and revelries of the Thabal Chongba (moonlight dance) late into the night. On March 24, at a Thabal Chongba at Heirok village about 35 kilometres from Imphal, an insurgent organization, which later confessed that it was out to eliminate a party offender in the crowd, opened fire, killing three and injuring several more. Enraged villagers went on a warpath and decided to ban all insurgent activists and sympathizers from their village. They also pleaded with the government to arm them.

After some hesitation, the government decided to take advantage of the situation and give the idea of a civil militia a try. The VDF took birth at Heirok with 300 recruits initially. But the initiative soon spread to villages across the state with youth lining up to join it, not always out of vengeful anger against insurgents but in the hope that this would ultimately land them a respectable job, a consequence predictable in a state with high youth unemployment and where only government jobs are considered noteworthy. Today, there are 10,050 of these men although, officially, only 1,500 are listed.

These young men were recruited not under established recruitment rules or with service guarantees: they were village volunteers armed by the government and paid Rs 1,500 initially. The sum was later raised to Rs 3,000. The stipend now stands at Rs 8,500. At the time when the VDF came into being, in Chhattisgarh, a similar initiative, the Salwa Judum, was drawing flak: in 2011, it was declared illegal and unconstitutional by the Supreme Court. But the VDF prevailed in Manipur, probably because nobody challenged its legality but also because the government benefited from its service.

The VDF soon became a handy force, put to service as any police constabulary but paid much less. Its assignments range from static guard duties at vital installations, road-opening duties during public unrest, sentry duties for lesser VIPs and so on with no holidays. The service contract is for a year at a time, but is extended almost as a norm. This was expected because insurgency in Manipur, although now in a lull, is far from resolved. Moreover, after 13 years of employment, it would be difficult to let go of the personnel who have passed the age to seek fresh employment. Trapped in a job that has no certainty of lasting throughout their careers or offers scope for promotion, signs of unrest are becoming evident. Some members have allegedly begun leaning on such petty crimes as serving as conduits for drug-traffickers or on bootlegging.

Perhaps the Northeast’s colonial history has a lesson here. After the British established their administration in Assam in 1826, they began withdrawing their army from the region since it was no longer cost effective. But by 1835, they realized there was a need for greater security than the police could provide. The civil officer, E.R. Grange, came up with the idea of raising the Cachar Levy, a civil militia officered by the police in the beginning but, later, by the military. This militia ultimately became India’s first paramilitary force — the Assam Rifles.

In History of the Assam Rifles, L.W. Shakespear describes the Cachar Levy as a force “less paid than the military, but better armed than the police”. To motivate the personnel, each of the five original units of this force was attached to a Gurkha Rifles formation and the promise was that those who performed well would be absorbed into the army formation they were affiliated to. Indeed, this militia, which became the Assam Military Police, came to be a fertile nursery for the Gurkha Rifles; so much so that during the First World War, it was drained of experienced personnel who were supplied as troopers to the Gurkha Rifles to fight in Europe at the rate of 200 a month till the end of 1917. This, Shakespear notes, was one of the reasons why the force took longer than expected in putting down the Kuki Rebellion. In recognition, immediately after the War, this militia was officially recognized as a paramilitary force and christened Assam Rifles.

Could this history of the Cachar Levy have a lesson for the Manipur government in resolving its VDF dilemma? Could there be a mechanism to have them gradually absorbed into related government services according to performance and calibre?