After the Bagree Market fire, lessons from 17th-century London

In the wake of the Great Fire of London, authorities missed the opportunity create to a grand new Baroque city to rival Paris. 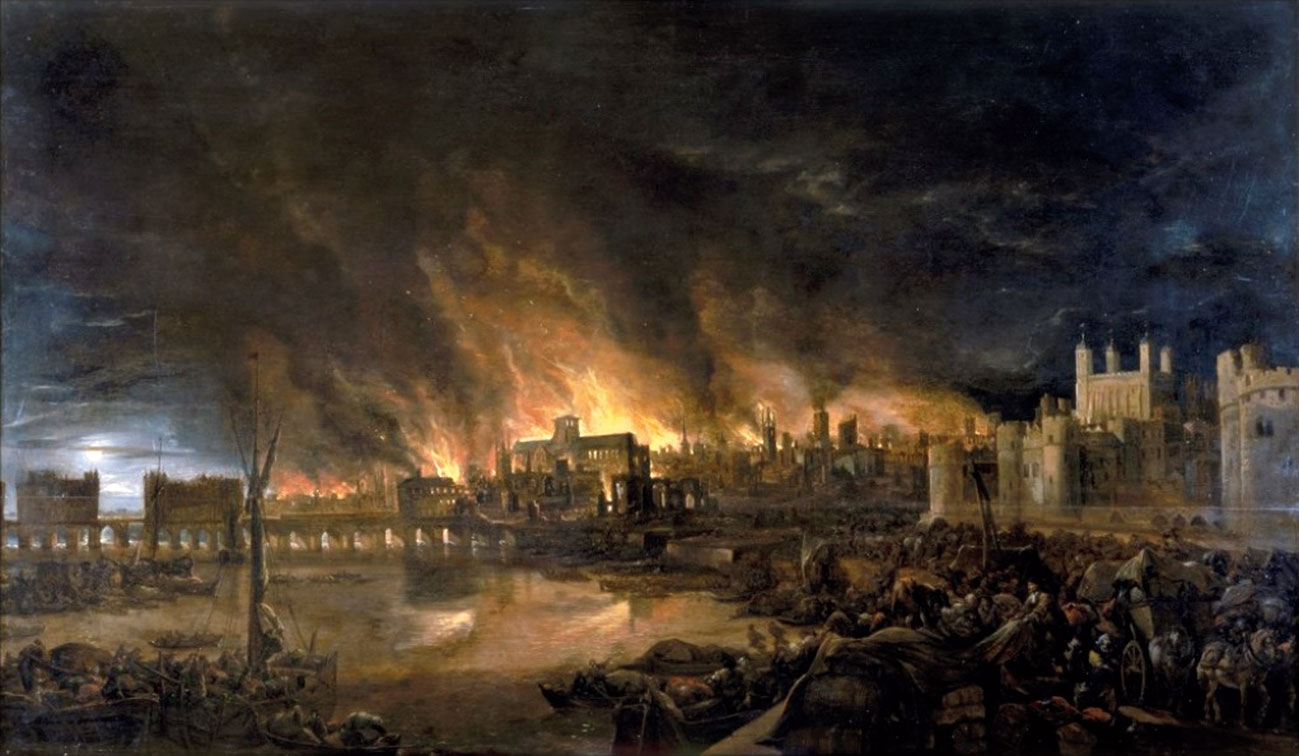 The Great Fire of London raged for five days in September 1666. Although many reasons are cited for the conflagration that destroyed the homes of 70,000 of the 80,000 inhabitants of the City of London, the central fact was the greed to maximize every opportunity to make money, like letting out lavatories for purposes for which they were never intended, as Mamata Banerjee tartly remarked in the context of the Bagree Market fire.

Covering some 700 acres and home to about one-sixth of London's inhabitants, the City, which the flames engulfed, was bounded by an 18-feet Roman wall and the river Thames. It was London’s Burrabazar of the day, the throbbing commercial heart of the capital, England’s largest market and busiest port, dominated by the trading and manufacturing classes. This urban sprawl was also a polluted and congested warren of narrow, winding, cobbled alleys, already packed with refugees, where fire engines couldn’t move and water pipes couldn’t be manoeuvred. Among the human habitations crowded to bursting point were factories and foundries, smithies and glaziers, sources of heat, sparks and pollution, that provided jobs.

Such fire hazards were illegal but flourished in practice. It’s not known whether anyone was bribed, but a contemporary observer noted that “the covetousness of the citizens and connivancy (corruption) of Magistrates” made the law a dead letter there too. The chief executive, the Lord Mayor of London, was a notorious “yes man”.

The rulers were more to blame than the ruled. They were in charge. Being educated, wealthy and of high position, they should have set an example to the multitude. But the mix of politics and profiteering responsible for tragedies like the Bagree Market fire led to a small fire in a bakery in the early hours of September 2 spreading rapidly across the City. The flames couldn’t be contained by demolishing houses (17th century’s most effective fire-fighting technique) because of the Lord Mayor’s fatal indecisiveness, and because no one knew who the adjoining properties belonged to. The London the chief minister wants to recreate by the Hooghly was the original inspiration for benami property. Shops and houses were let and sub-let, leased and mortgaged so many times that it was impossible to establish “to whom all the houses and ground did in truth belong” or to negotiate realistic compensation with their true owners.

London long ago sorted out titles but the stalls set up under political patronage all over Calcutta and the tangled masses of wire that festoon grimy walls and provide overhead canopies, testifying to illicit connections, would still impede water engines when another fire breaks out. At one time, three rows of hawkers on the same pavement around New Market owed allegiance to three different parties. Traders keep democracy going.

The 1632 fire cleared London Bridge, the only physical link between the City and the south bank of the Thames, of houses that were a deathtrap. But similar constructions persisted elsewhere. A typical timbered tenement house of six or seven storeys had a narrow footprint at ground level but maximized its use of land by “encroaching” on the street through projecting upper floors called “jetties”. With the gradually increasing size of these upper storeys, the top jetties often shut out the sunlight from the narrow lanes. Such a house constituted a double fire hazard “as it does facilitate a conflagration, so does it also hinder the remedy”. In 1661, King Charles II, restored to sovereignty only the previous year, issued a proclamation forbidding “overhanging” windows and jetties, but the citizenry and building authorities ignored it. Four years later, he warned sharply of the risk of fire from the narrowness of the streets and authorized both imprisonment of recalcitrant builders and demolition of dangerous buildings. It, too, had little impact.

Wooden buildings and thatch roofing were explicitly forbidden as being inflammable, but the authorities turned a blind eye to the widespread use of these cheap materials. They were not the only combustibles. There were no plastics as in the Bagree Market, but fabrics, oil, pitch, coal, tallow, fats, sugar, alcohol, turpentine and stored gunpowder fed the flames. They melted the imported steel lying along the wharves and the great iron chains and locks on the City gates.

Such a cataclysmic event cannot but breed suspicion of sabotage. In Calcutta, one hears of real estate machinations and the ploys of the Trinamul Congress’s enemies bent on shaping politics through one disaster after another. London resonated in 1666 with allegations of foreigners and papists preparing to invade. Unable to forget that the City of London had been a republican bastion during the Civil War which had taken toll of his father’s life, the king feared another rebellion. Likewise, the City Fathers refused Charles’s offer of royal troops. They would have been political dynamite.

Fears of terrorism received a boost when the General Letter Office in Threadneedle Street was burned down and The London Gazette just managed to put out its Monday issue before the printer’s premises went up in flames. The entire country depended on these communications, and rumours filled up the void they left. With another Anglo-Dutch War waging, reports circulated of foreign undercover agents casting “fireballs” into houses, or caught with hand grenades or matches. Violence erupted in the streets, foreign-owned shops were looted, and a scapegoat found in an obviously innocent but simple-minded French watchmaker who was hanged at Tyburn.

A special Fire Court to deal with disputes between tenants and landlords and decide who should rebuild, based on ability to pay, was in session from February 1667 to September 1672. Without this prompt and efficient tribunal, lengthy legal wrangles would have seriously delayed the rebuilding which was so necessary for London’s recovery.

The social and economic consequences were devastating. The material destruction included 13,500 houses, 87 parish churches, 44 company halls, the Royal Exchange, the Custom House, St Paul’s Cathedral, the Bridewell Palace and other City prisons, and the City’s Ludgate, Newgate and Aldersgate gates. The loss was initially calculated at £100,000,000. All prices soared. Hiring a cart cost a couple of shillings before the fire; it rose to £40, equivalent to more than £4,000 in 2005, afterwards. A diarist recorded as many as “200,000 people of all ranks and stations dispersed, and lying along their heaps of what they could save” in the fields towards Islington and Highgate. Encouraging the homeless to move out of London, the king ordered “all Cities and Towns whatsoever shall without any contradiction receive the said distressed persons and permit them the free exercise of their manual trades.”

Historians feel the authorities did not seize the opportunity of creating a grand new Baroque London to rival Paris. Charles II was enthusiastic and supporters drew up plans for piazzas and palazzos. But labour and money were in short supply. The fire didn’t impinge directly on the lives of the aristocracy. Land records were in utter confusion. As reconstruction accompanied rehabilitation, the Crown had to be content with recreating much of the old street plan with improved hygiene and fire-safety measures. Roads were wider. Open and accessible wharves were built along the Thames. Nothing was allowed to obstruct access to the river. New buildings were of brick and stone, not wood.

Although Christopher Wren’s St Paul’s Cathedral and 52 other churches genuflected to the ideal of the City Beautiful, what emerged was the City Liveable. A devastating outbreak of bubonic plague such as killed one-fifth of London’s population in 1665 would no longer be possible. But Paris was a distant dream. That is something that a chief minister whose rhetoric often soars beyond her ability to deliver cannot afford to forget. Any relaxation of building rules will only mean loopholes for further abuse and future catastrophes. The need is for stringent regulation and far stricter supervision.