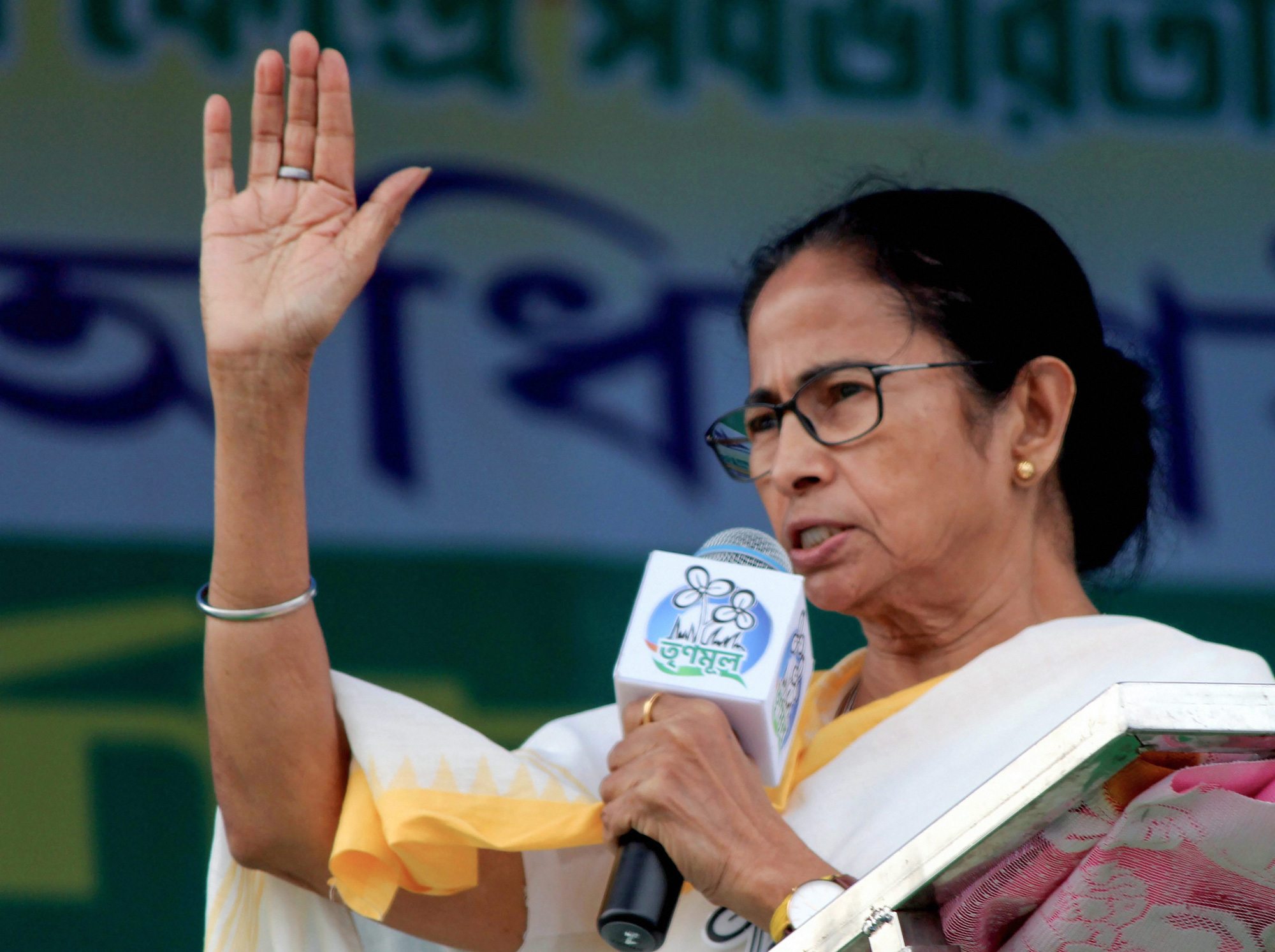 Mamata Banerjee’s party seems to have a finger on the pulse of Bengal. Supporters of a TMC candidate reportedly distributed 'nakuldana', sweet tidbits that are integral to the 'prasad' offered to deities
(PTI photo)
The Telegraph   |     |   Published 08.04.19, 11:00 AM

Sir — Politics, like truth, can be stranger than fiction. The Trinamul Congress, which rules Bengal, seems to have hit upon a novel way of canvassing for votes. Supporters of a TMC candidate in Bolpur are said to have distributed nakuldana — these sweet tidbits are integral to the prasad offered to deities at home — to citizens. Mamata Banerjee’s party seems to have a finger on the pulse of Bengal. Are not Bengalis renowned for their formidable sweet tooth? The sweet offerings will undoubtedly help voters forget some of the bitter truths that confront Bengal today.

Sir — The Congress has come out with an election manifesto with a promise to uplift the poor. But the party seems to have forgotten the plight of the salaried middle class that is often taxed excessively.

The Bharatiya Janata Party has, expectedly, criticized the manifesto. Arvind Panagariya, the former vice-chairman of Niti Aayog, is convinced that the Nyay scheme, a source of guaranteed income for the poorest of the poor, may not be possible to implement. This is a source of concern. The Congress president should issue a written statement saying that the programme will be implemented without delay and without taxing the common man if his party were to come to power. If it fails to keep these pledges, the Congress government should resign. There should be legal provisions to dismiss a government if it fails to fulfil 50 per cent of its poll pledges in the first two years of governance.

Sir — The Congress is high on promise and low on performance. It is trying to reach out to the farming community. Hence the talk of a separate kisan budget. The party has been encouraging loan waivers. This is nothing but a ploy to encourage defaulters.

While pledging loan waivers, political parties forget that taxpayers’ money is being used to fulfil such an assurance. Would such money not be better spent on building roads, schools and hospitals, generating electricity and providing irrigation?

The manifesto focuses on employment generation. But Narendra Modi did not exactly inherit an economy where everyone was employed. A single rate has been mulled for the goods and services tax, while the Niti Aayog is to be scrapped. How would rescinding nearly every decision taken by the government headed by Modi lead to the welfare of the people?

The manifesto also promises to review the Armed Forces (Special Powers) Act and abolish the sedition law. Would not the army be inconvenienced by changes in the AFSPA?

The manifesto is silent on Articles 370 and 35A.

The Congress must make its stand clear on these sensitive issues.

Sir — Apart from creating jobs, the Congress has made a minimum income guarantee to the poor. It remains to be seen how many of these promises will come to fruition. But what merits serious concern is the Congress’s demand for repealing the sedition law. Secessionists have already turned their guns against the State. Doing away with the sedition law will cost the nation dearly. The Congress should think twice before attempting to scrap this provision if it comes to power.

Sir — Under Nyay, the Congress has pledged to issue a guaranteed cash transfer to the poorest 20 per cent of the population. But where will this money be deposited? Will the funds go to the Jan Dhan accounts opened by the Narendra Modi-led government? Or will new accounts be opened for this purpose ?

Sir — Gone are the days when readers, upon opening morning newspapers, would look up the cartoon of the day. India then boasted of eminent cartoonists such as K. Shankar Pillai — known as Shankar — R.K. Laxman (can anyone forget his Common Man?), P.K. Sankaran Kutty Nair (he was popular as Kutty) to name a few. These stalwarts are no more, and others are too old to work any longer. They had left readers spellbound with their imagination and humour.

Gradually, newspapers stopped allotting space for cartoons, trading them for advertisements or news. But a good cartoon can be a delightful instance of black humour and sarcasm. It is a source of rich commentary through the visual medium. Readers chuckle at it.

Sensible politicians and their supporters do not mind cartoonists poking fun at leaders. It has been reported that the former prime minister, Indira Gandhi, had been an admirer of the works of Laxman and Kutty. Incidentally, Laxman has been a recipient of the Padma Bhushan.

Readers long for the reintroduction of quality cartoons in newspapers. India does not lack talented cartoonists these days either. What is required is the ability to accept their work and humour in a sporting spirit so that these artists feel encouraged to express their witty visions without the fear of retribution.