Swearing in. Swearing out

Members shouted “Jai Shri Ram”, as if it were a deterrent instead of what it is 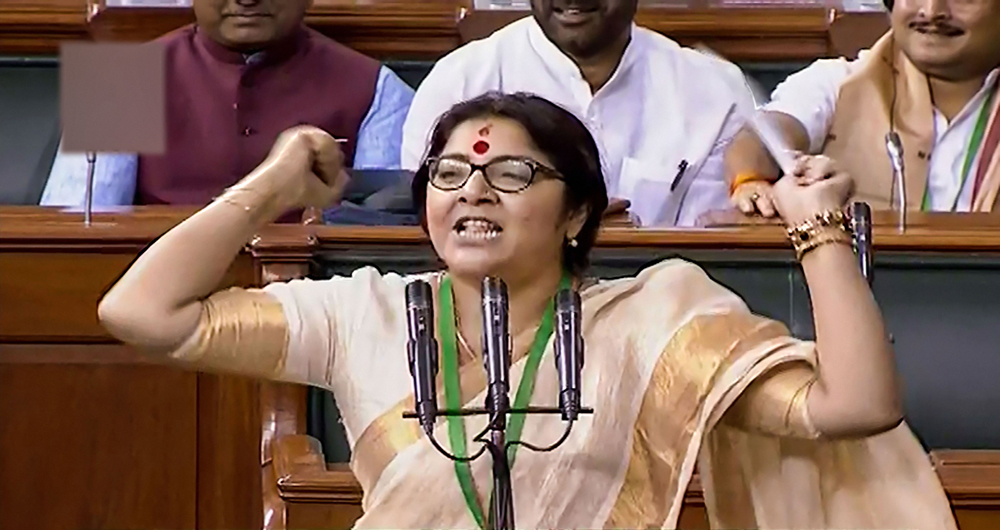 June 17 was Day 1 of the 17th Lok Sabha. The 320 members who took oath that day looked sober enough. Yes, Meenakshi Lekhi, who otherwise spews ire, spewed Sanskrit, but what of it? And then Pragya Thakur got up to take oath. After a hiccupping start — she had appended her guru's name to her own creating some confusion and much furore — seething with indignation, she wrapped up with a muted “Bharat Mata Ki Jai”. On Day 2, 214 members took oath. Among the first few was Sunny Deol. And no, he didn't take the cue from Ms Thakur — kasam Ganga maiya ki. In fact, he had a near giggling fit after he said, “I will withhold the sovereignty and integrity of India...” (instead of saying “I will uphold etc.”). At number 43, Shashi Tharoor took oath, dressed in blue, matching pocket square in place. He did say a clipped “Jai Hind”, but without any ado and only a courteous flick of two locks that formed an inverted V down his forehead.

Taking whose name in vain?

It was at number 90 — come Asaduddin Owaisi’s turn — that the wind changed. It seemed like a troop of college back-benchers had found entry. Members shouted “Jai Shri Ram”, as if it were a deterrent instead of what it is. Oath done, Owaisi responded spiritedly, “Jai Bheem. Jai Meem. Takbeer. Allahu Akbar. Jai Hind.” When Hema Malini glided down in her salmon pink saree, the members cooed: “Radhe, Radhe.” She dimpled and echoed the same. And then Ravi Kishan erupted into a longwinded “Har Har Mahadev”.