Sunny Deol has chosen to walk in his father's footsteps 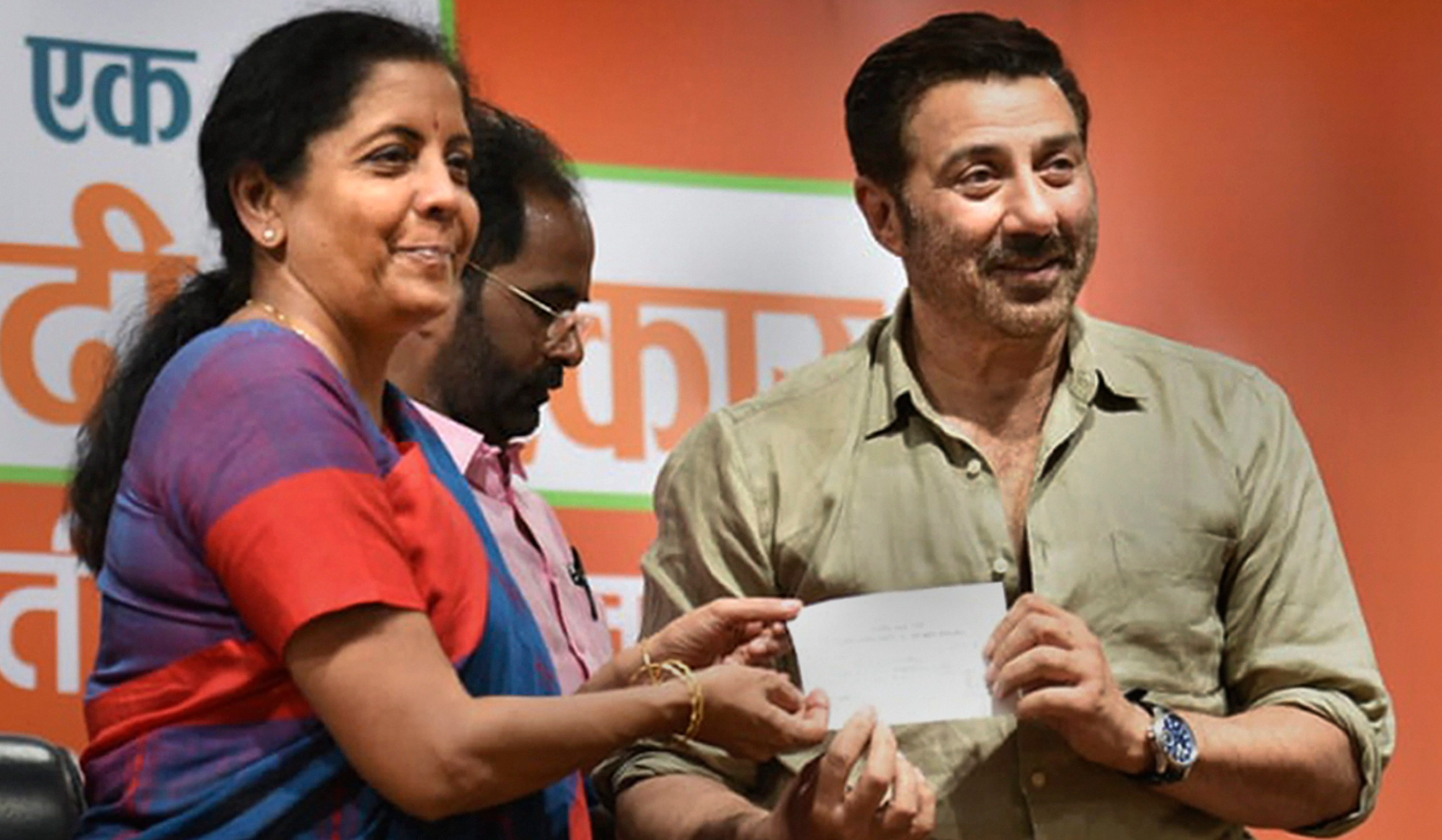 Sir — Indian tradition glorifies the obedient son. Is that why the actor, Sunny Deol, chose to walk in the footsteps of his father, Dharmendra, and decided to lend muscle to the Bharatiya Janata Party’s cause of reclaiming the throne in Delhi? Sanskari Indians are known to value consistency as much as hoary tradition. So Sunny should not be blamed if he turns out to be as ineffectual as Dharmendra when it comes to improving the lives of the citizens as a public representative.

Sir — Serial blasts killed over 300 people and left scores injured in Sri Lanka on Easter Sunday (“Massacre on Easter”, April 22). The coordinated attacks with suicide bombers were South Asia’s worst terror strike since the mayhem in Mumbai in 2008. It’s a pity that so many, including foreign nationals, should be slain on one of the holiest days in the island’s calendar. The targeting of churches suggests a religious motive. The police chief had said that there had been intelligence reports about a possible attack. The Islamic State has now claimed responsibility. The Muslim community in Sri Lanka has been largely peaceful. The terrorists have struck in the midst of political turbulence since the president and the prime minister are not on the best of terms. They must now work together to forestall a serious security threat.

Sir — Churches and luxury hotels in and around Colombo were targeted during Easter. The bomb attacks must be condemned in the strongest terms. This was the biggest terrorist attack in Sri Lanka since the cessation of civil war. The bloodshed would certainly have an adverse impact on trade and tourism in the island nation.

Some of the blasts took place in places of worship. This goes to show, once again, that terror has no respect for religion. Terrorism can be battled only through coordinated efforts by the international community. Sharing intelligence, choking the financial support of terrorists and greater collaboration are reliable strategies.

Sir — In a dastardly act, the IS carried out a series of bomb blasts in Sri Lanka. Nothing can be more despicable than shedding blood in the house of god. A number of foreigners, including Indians, perished in the attacks. The world has united in condemning the violence. Strictest action should be taken against the perpetrators.

Sir —Terrorism reared its ugly head in Sri Lanka, once again, killing hundreds of people. The scale of the attack kindled memories of the days of the civil war. In fact, the blasts took place before the 10th anniversary of the defeat of the Liberation Tigers of Tamil Eelam in May 2009. But even the LTTE, which pioneered the use of sea, air and ground-based suicide bombings, did not target civilians indiscriminately. It is being claimed that the Sri Lankan government had received a warning from intelligence sources but it went unheeded. Ten years of peace seem to have lulled the defence authorities into a false sense of security. The terrorists must be punished and terrorism rooted out.

Sir — It is shocking to learn that Jet Airways had to suspend its operations. (“Jet suspends all flights”, April 18). The sudden collapse of the airline can be attributed to the failures of the management and the supervisory staff. The aviation industry in India has been suffering on account of a number of factors. The salaries of pilots are high. Airfares are not raised when expenditures rise. The new government should take urgent remedial steps to revive the fortunes of Jet Airways and its employees at the earliest.

Sir — The suspension of operations by Jet Airways has come as a severe blow to its employees and their families. When a thriving organization turns into a loss-making entity, regulators cannot escape charges of lax supervision. The directorate general of civil aviation must share the blame for the debacle suffered by the airline.

The assets of the airline are in place. It possesses efficient employees. What is needed is effective planning and management through governmental intervention. Not so long ago, Air India too was in a dire state. But it got saved because of the measures undertaken by the government.