Some simple steps can help street animals in this harsh winter 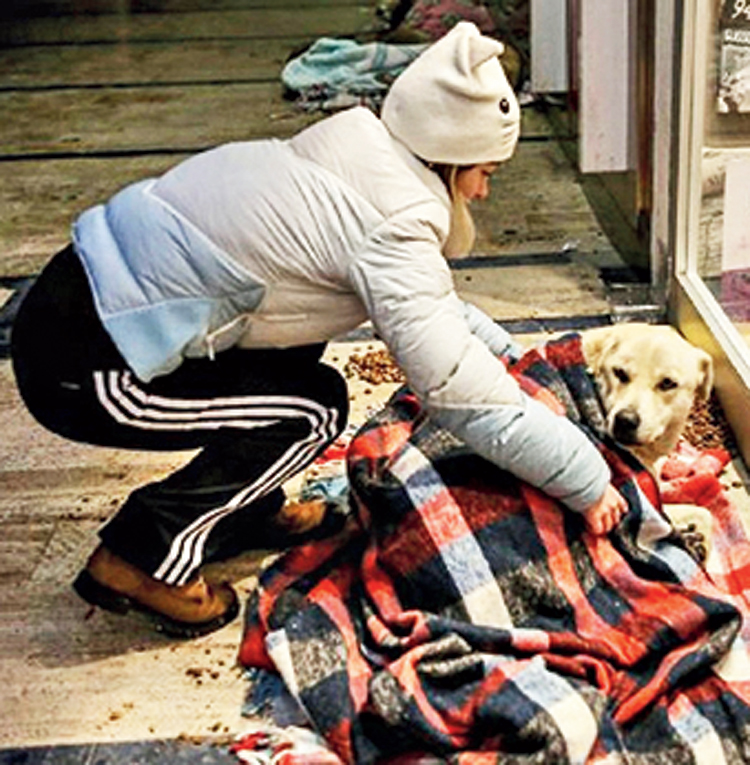 Sir — In the midst of winter, Twitterati found on the social media app a sight that warmed their hearts. A rickshaw driver was giving a ride to a stray dog who had been wrapped in a blanket. The image should serve as an important reminder — stray animals on the street have nothing to protect them from the biting cold and often succumb to it. Simple steps like putting out old gunny bags on the streets, or giving old clothes to stray animals can be of great help. Opening the gates of residential complexes to them at night can also prevent them from having to brave sleeping under open skies.

Sir — The way in which Arif Mohammad Khan, the governor of Kerala, conducted himself at the Indian History Congress in Kannur left a lot to be desired. He presented himself as a loyal supporter of the Bharatiya Janata Party, who was eager to ingratiate himself with the party that had nominated him as the governor.

Unfortunately, Khan deviated from the topic at hand to laud the controversial Citizenship (Amendment) Act and denounce those who have spoken up against it. How can someone who holds a constitutional position abuse people peacefully protesting in a democracy by saying things like, “it was for the likes of you that Maulana [Azad] said Partition took away the dirt, but left dirty water in potholes... You are causing [a] foul smell”.

It is ironical that the governor was misquoting — Khan has denied this allegation — Maulana Azad and falsifying history at a history congress. Is it any wonder that Khan provoked the noted historian, Irfan Habib, who recommended that the governor quote Godse instead of Azad? Khan’s defence of the CAA was just a regurgitation of what the BJP has said on the law, which has been passed in order to implement its Hindutva agenda. Khan seems to be finding it hard to accept and cope with the limitations of a gubernatorial post. If he wants to behave like a politician, he can quit the present post and go back to full-time politics.

Sir — It was shocking to learn that more than 80 per cent of adolescents do not even spend even one hour on physical activities, putting themselves at risk of lifestyle diseases. India along with Bangladesh and the United States of America are on the last rung of a report brought out by the World Health Organization. The study found that here boys are especially at risk since they are not involved even in domestic chores unlike girls. For a sound mind and fit body, exercise is absolutely essential. In the light of these findings, schools need to mandate one compulsory hour of physical activity for students on a regular basis.

Sir — Enormous talent, intelligence and skills are necessary to create genetically edited babies who would be immune to viruses like HIV. In this respect, the research of the professor, He Jiankui, could well be considered a scientific breakthrough. But the professor has been convicted for violating ethics and profiteering. Even the scientific community has criticized him for undertaking such a risky process. But one is forced to concede that risks are involved in all scientific breakthroughs. Only time will tell whether the professor was right.

Sir — In a world where overpopulation is rapidly depleting the earth’s resources at a rate higher than the one at which these can be replenished, is it really prudent to genetically modify humans to be immune to death? Scientific research should be aimed at curing disease and not indiscriminately eradicating bacterias and viruses. The latter will tip the balance against natural lifecycles on earth. Genetic modification — if the results of the process on plants and crops are any indication — can be dangerous. It seeks to give an unfair advantage to one species in the food chains.