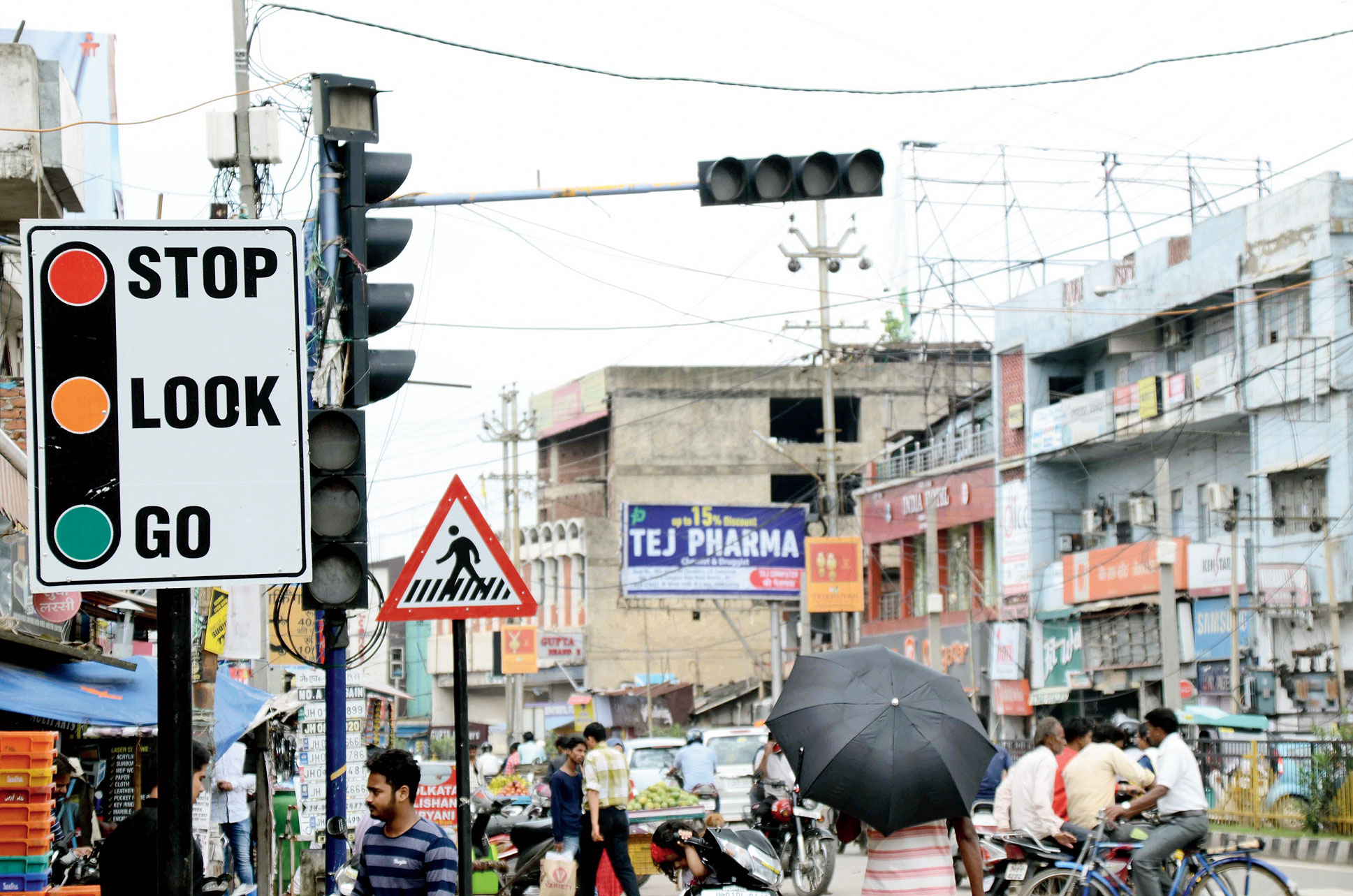 Defunct traffic lights near Ratan Talkies in Ranchi on Sunday
Picture by Manob Chowdhary
The Editorial Board   |   Published 16.09.19, 08:35 PM

Carelessness comes at a price. The amended Motor Vehicles Act aims to bring down the costliest outcome of carelessness: loss of life. But few states have been able to look past the steep fines prescribed by the new law to realize that it proposes to save what is priceless — human life. Over a dozen states have either decided to not implement the amended regulations or have watered down the penalties, at times by almost 90 per cent, rendering them as ineffective as before. The consensus among parties across the political spectrum is almost poignant. States governed by Opposition parties, such as Congress-led Madhya Pradesh, Chhattisgarh, Rajasthan and Punjab as well as West Bengal under the Trinamul Congress, have decried the new law as ‘anti-people’. The Bharatiya Janata Party has been only too happy to put people’s displeasure over their safety. The reason for this deviance is not difficult to discern — the politics of populism. Maharashtra and Jharkhand, where the BJP is in power, are slated to go to polls soon. It is unlikely that the Opposition in these states would haul the state BJP up for not following a Central legislation. The Union minister for road transport, Nitin Gadkari, has cut a lonely figure in the course of his defence of the Central law. He has made it clear that the stiff fines are not intended to garner revenue but to reduce the number of accidents in a country whose people seem to be loath to obey rules. The figures vindicate Mr Gadkari’s concern: 1.5 lakh people die in road accidents each year in India, making up for 10 per cent of all such fatalities worldwide. Evidently, the din of populism is enough to drown righteous noises of even ministers.

The irony of populism is that the malaise often ends up compromising the well-being of the people themselves. For once, the blame cannot be put on politicians alone. Competitive populism thrives because of the dour refusal of citizens to uphold the law in letter and spirit. There is concern that the new law could lead to corruption. Indeed, in Chandigarh, policemen have refused to enforce the steeper fines in lieu of bribes. Better monitoring could have done away with such transgressions. In fact, the amended Act foresaw this very problem and proposed electronic monitoring — body cameras on police personnel — to eliminate petty corruption. But these irregularities cannot take away from the necessity of the law. Hefty fines may not make roads safe on their own. They, however, are a start. The right medicine can only make a difference when it is administered uniformly.