The Parliament deadlock, a recurrent feature in recent times, is inimical to the health of parliamentary democracy 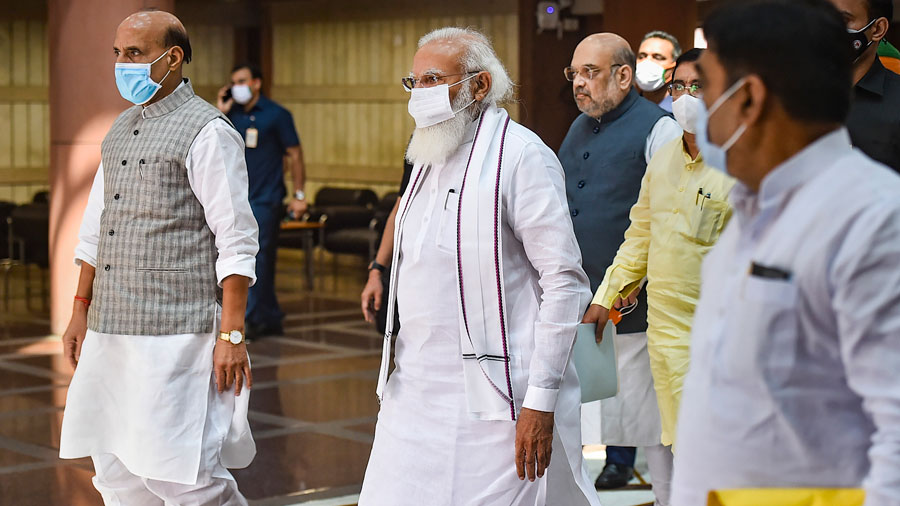 Swallowing a bitter pill is seldom a pleasant experience. The prime minister, Narendra Modi, has lashed out at the Opposition for stalling proceedings in Parliament. It is possible that the Opposition — it is protesting against the Centre’s refusal to address its concerns on a range of issues, including allegations of surveillance against the government as well as its refusal to roll back the controversial farm laws — may have simply taken a leaf out of the Bharatiya Janata Party’s book of parliamentary conduct. After all, the BJP had paralysed the 15th Lok Sabha — its productivity was the worst in five decades — with its leaders claiming that the stifling of the august House was a form of democratic protest. Mr Modi is crying foul, with the proverbial boot now on the other foot.

Of course, the Indian Parliament has had a sorry history of being unproductive as an institution. Unfortunately, the monsoon session is not proving to be an exception. Data suggest that repeated disruptions have led to over 80 per cent of Parliament’s time being wasted, with the two Houses clocking an abysmal 17 per cent productivity. The consequences can be ominous for public welfare and democracy. For instance, several bills have been rushed through by the government amidst the din without adequate scrutiny and discussion. This absence of deliberation goes against the democratic ethos and is likely to strengthen public endorsement of a presidential, as opposed to parliamentary, form of governance. There is certainly a case for raising the number of working days for Parliament: this was one of the suggestions that was put forward in the course of a historic conference in 2001 that was attended by luminaries cutting across party lines. A higher number of working days for parliamentarians would give the Opposition more time to put forward its views or contest those presented by the government. At the moment, the government’s business is given precedence. But the greater impediment is the erosion in the compact of cooperation between government and Opposition. Mr Modi leads an obtuse, arrogant dispensation that seems to believe that debate is entirely dispensable. An enlivened Opposition would have none of it. The deadlock, a recurrent feature in recent times, is inimical to the health of parliamentary democracy.