Sole responsibility: The shoe fight may hurt the BJP 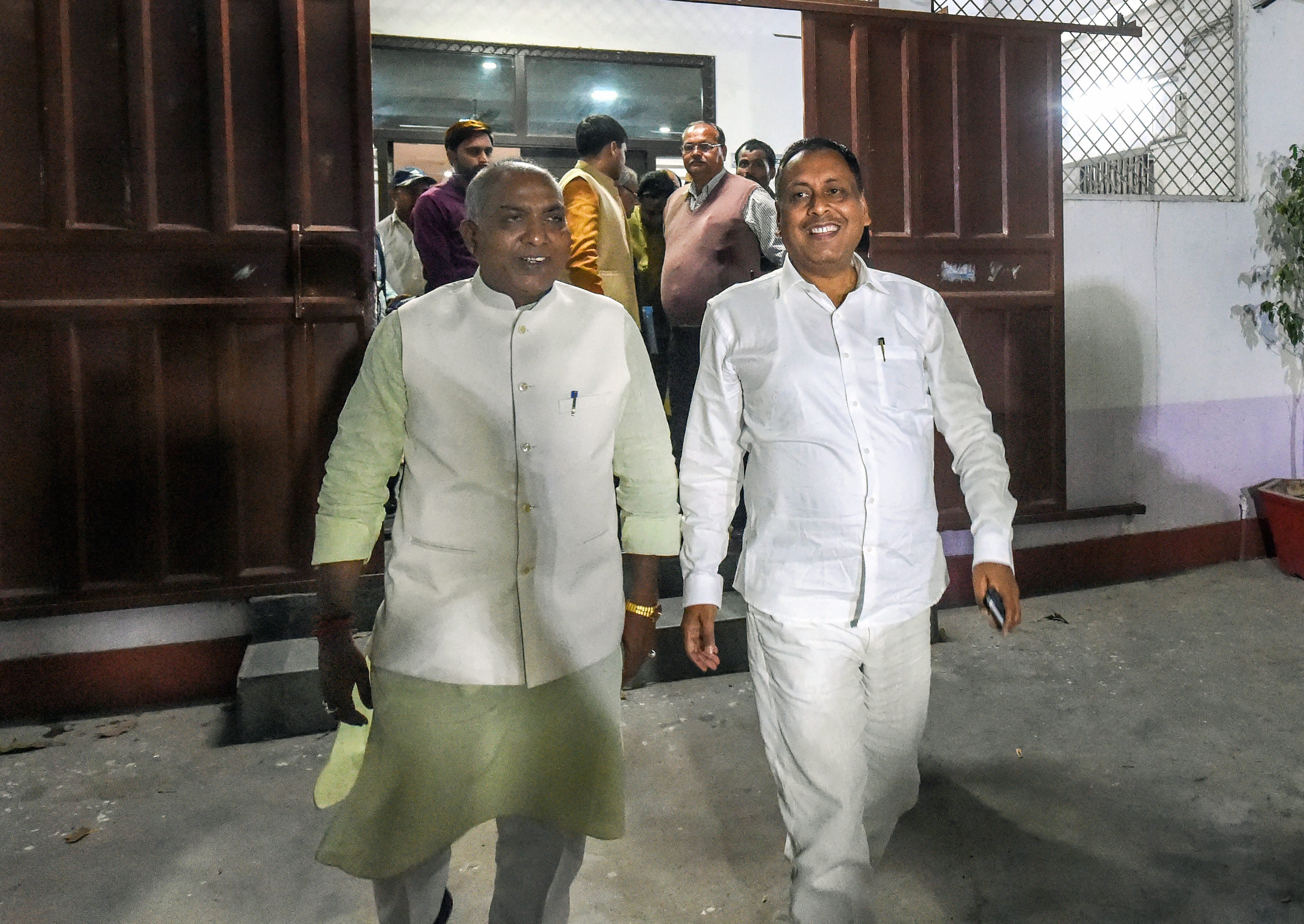 The Bharatiya Janata Party is truly an outfit with a difference. The video of a BJP parliamentarian raining ‘shoe blows’ on a party MLA in Uttar Pradesh was looked at as an act that would cause heavy damage to the BJP ahead of the elections. But not everyone in the BJP believes that these fears will come true. Privately, party leaders pointed towards the castes of the aggressor, Sharad Tripathi, and of the ‘victim’ — the shoe-whipped MLA — Rakesh Singh Baghel, to claim that the incident might actually help the party. The Lok Sabha MP, Tripathi, is a Brahmin while Baghel, an MLA, is a Thakur. Party leaders say that under the present chief minister, Yogi Adityanath — he is a Thakur — there are widespread complaints about ‘thakur-raaj’ in UP. The rivalry between the two castes in the corridors of power in UP is well known. In fact, in order to introduce a semblance of balance, the BJP appointed Mahendra Pandey, a Pandit (Brahmin), as state party chief after Adityanath became the CM. “We were getting reports that Pandits are unhappy with the BJP given the way Thakurs were running the show in the state. The viral video will make the Pandits happy,” quipped one BJP leader.

It’s no secret that the former prime minister and Janata Dal (Secular) president, HD Deve Gowda, is waiting to launch the third generation of his clan into politics. Nikhil Gowda, the son of CM HD Kumaraswamy, is almost certain to contest the general election from Mandya. But another grandson is giving Gowda a bit of a headache. Prajwal Revanna, the son of the minister, HD Revanna, a member of the Gowda clan, is the cause of the Vokkaliga patriarch’s heartburn. Prajwal had openly accused the party of encouraging the ‘suitcase culture’ — money playing a part in everything — and sycophancy, putting Deve Gowda and the JD(S) in a spot of trouble a couple of years ago. Will Deve Gowda vacate his Hassan seat to launch Prajwal, setting aside the displeasure in the rank and file?

Apparently, the main grudge of Alpesh Thakor, the young leader from Gujarat who, as the grapevine had it, would cross over from the Congress to the BJP, is that the direct line with Rahul Gandhi he had soon after joining the Congress is no longer active. Earlier, he could talk to Rahul anytime, or communicate through texts, but that advantage has slowly vanished. Most central and state leaders have to work the proper channels or seek an appointment with Rahul’s office. Only a few enjoy the privilege of a direct connection via mobile phone with the boss. There are whispers that Thakor had conveyed his grudge to Rahul, but to no avail. Incidentally, a number of leaders in the Congress as well as those in the Opposition have aired a similar complaint even though it is practically impossible for a party president to maintain one-on-one communication with every important leader in a party as big as the Congress. Incidentally, Rahul’s secretary, Kaushal Vidyarthee, receives thousands of calls and messages every day, making a prompt response virtually impossible. A number of individuals joined the Congress in the last two years, impressed by Rahul’s warmth and accessibility. They are now lamenting the loss of the hotline with their boss. But does a hotline like this exist in any other party?

There’s a lot in a name. Consider the example of Priyanka Gandhi Vadra. Leaders in the BJP have instructed friendly journalists and pro-government agencies, including Doordarshan and All India Radio, to address her as Priyanka Vadra. ‘Gandhi’, according to the BJP, has a mass appeal while ‘Vadra’, the wise men in Nagpur think, could be a liability. The Congress, on the other hand, would love to stick to Priyanka Gandhi but, reluctantly, uses her full name. The nameplate at the Congress headquarter thus says Priyanka Gandhi Vadra.

Ashutosh, a former leader of the Aam Aadmi Party and journalist, has published an article on the failure of the AAP and the Congress in forming an alliance for the upcoming Lok Sabha polls in Delhi. Known as a strong opponent of ties with the Congress while he was a part of the AAP’s apex political affairs committee, Ashutosh wrote that Arvind Kejriwal offered only one of Delhi’s seven seats to the Congress, which had demanded three seats. He described Delhi’s CM as “impatient” and added that both parties would be “doomed” if they were to contest separately.

It seems that the going could get rough for Shashi Tharoor in Thiruvananthapuram as well. A triangular contest and anti-incumbency are said to be Tharoor’s immediate concerns. The ruling Left Democratic Front is set to field C Divakaran, a veteran, while the BJP is looking to cash in on the Sabarimala issue by recalling the former state president, Kummanam Rajasekharan, from the Mizoram Raj Bhavan possibly to take Tharoor on.

The Balakot air strike and the release of Abhinandan Varthaman, the BJP feels, have generated a wave of support for Narendra Modi. The Lok Sabha polls are in its pocket. Even 2024 is said to be a cake walk. The reason, according to internal assessments, is the burgeoning middle-class, which is said to be a staunch supporter of the BJP. Is this why Amit Shah says that the BJP will rule for 50 years?