But will people influenced by the echo chamber of social media know to make the right choice? 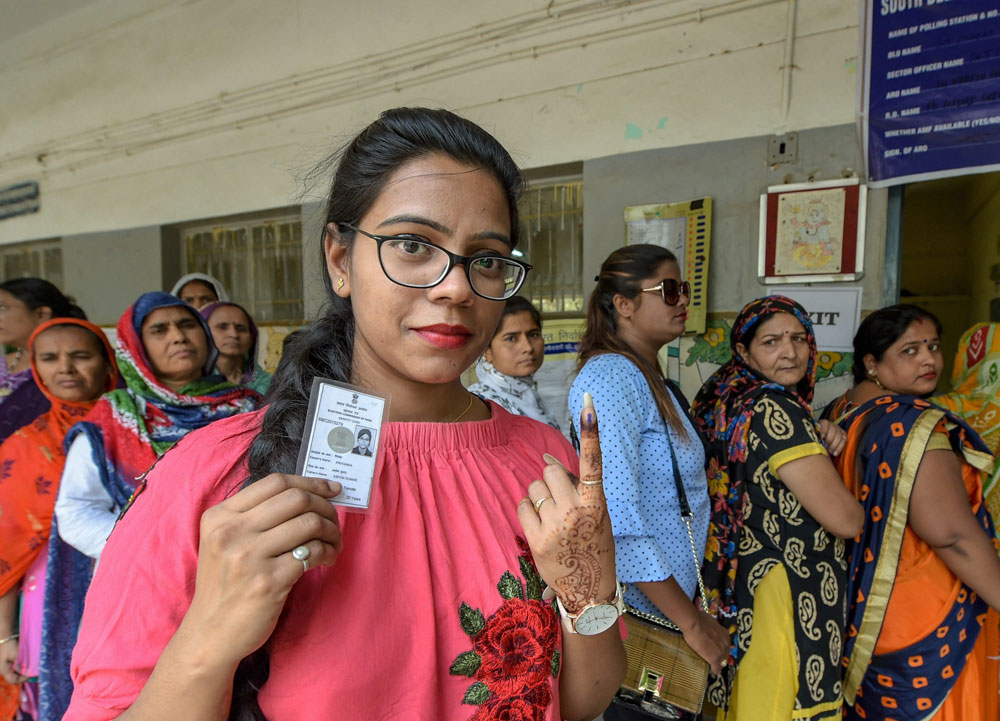 Sir — Voting in India has gone from being a nondescript duty to a matter of demonstrable pride. In the age of social media, flaunting an inked finger is now par for the course. The lure of posting such a selfie seems strong enough to drag even the most indifferent voter to the booth. This is encouraging. But will people influenced by the echo chamber of social media know to make the right choice? The government voted to power, after all, will outlast the indelible ink.

Sir — A lot has changed in four years. In 2015, the renowned Time magazine had featured Narendra Modi on its cover with the words, “Why Modi matters”. Now, he has been featured on the cover once again, but the words accompanying his image have changed into, “India’s divider in chief”. The phrase refers to an article by the writer, Aatish Taseer — son of the journalist, Tavleen Singh, and the Pakistani statesman, Salman Taseer — which claims that division is plainly visible in India. Whether it is mob lynchings, the appointment of Yogi Adityanath as the chief minister, or the Bharatiya Janata Party’s decision to field the terror-accused Pragya Singh Thakur from Bhopal, the veins of divisive ideology run deep in the country, according to Aatish Taseer.

In the same article, Taseer is also critical of the Opposition, calling it a “weak, “ragtag” coalition. He says that the Congress has “little to offer than the dynastic principle” and describes Rahul Gandhi as “an unteachable mediocrity”. This notwithstanding, there can be no condoning what the Narendra Modi and Amit Shah duo has done to the country. One only hopes that Indians have realized what the BJP is capable of doing, how communal it is and how dangerous this can be for India. The sooner people see this truth, the better it is for this country.

Sir — The inferior quality of public discourse has been cause for concern for quite some time. Take, for instance, the fracas over Aatish Taseer’s article about Narendra Modi in the Time magazine. How does it matter whether Taseer is a Pakistani or whether he has a Pakistani father? He is free to give his opinion. One may agree or disagree with Taseer, even criticize him in the strictest of terms but why take pot-shots at his nationality? Taseer is well within his rights to write what he believes to be true.

Sir — The popular opinion seems to be that Tavleen Singh has got a taste of her own medicine. It cannot be denied that hate-mongers do not spare anyone, even their own apologists. But it is also equally true that rubbing a person’s face in their mistakes will only make them more hostile. A quiet word, or a rational explanation can achieve wonders that harsh rebuke can never hope to.