Smooth transition in Oman good for the region

Sultan Qaboos leaves behind a rich legacy, he pushed education, opened the economy to non-oil sectors 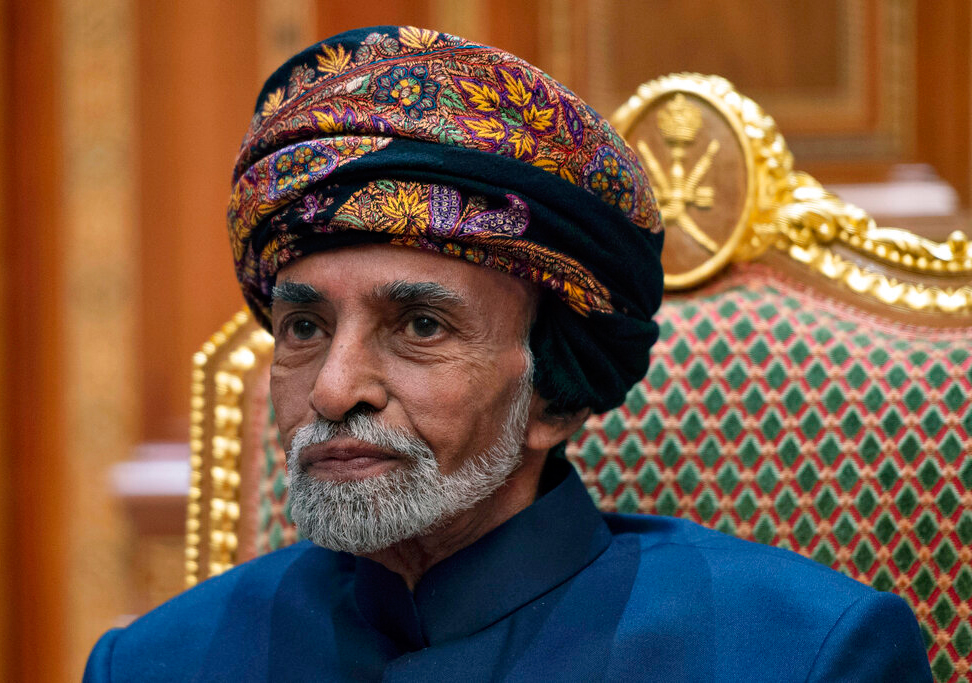 The passing away of Sultan Qaboos bin Said Al Said of Oman, the longest serving monarch in the gulf, who ruled for 45 years, ends an epochal era. Oman has declared a state mourning for three days and the Omani flag will be flown at half-mast for 40 days. Although never acknowledged officially, Sultan Qaboos was apparently suffering from colon cancer since 2014, and had been in Germany and Belgium multiple times for treatment. Haitham Bin Tariq Al Said, 65, well known to India, and the serving Culture and Heritage Minister was sworn in as the new Sultan before the Ruling Family Council on Saturday, 11 January.

According to a 1996 decree, read with its amendments, the much admired Qaboos’s successor was to be chosen by a royal family council within three days, failing which a Council of Military and Security officials, Supreme Court chiefs and heads of the two Consultative Assemblies had to put into power the person whose name has been secretly written in a sealed envelope by the deceased Sultan.

According to unofficial reports, Qaboos was on life support for a few days and the process of selection was completed before the announcement of his passing away. Photographs put out by the Royal Office indicate that the decision was made on the basis of the name in the sealed envelope. The Sultan of Oman must be a member of the royal family as well as “Muslim, mature, rational and the legitimate son of Omani Muslim parents”. Amongst the 80 odd possible contenders, Qaboos had two other male cousins, who were amongst the frontrunners. These included Assad Bin Tariq Al Said, the eldest, and a brother of Qaboos’s ex-wife – a personal representative of the Sultan and a Sandhurst graduate; and Shihab Bin Tariq Al Said, a royal adviser and an ex-naval commander. They, along with the new Sultan Haitam bin Tariq Al Said are sons of Tariq Al Said, who was Oman’s first Prime Minister. The fourth main contender was Taimur Bin Said, son of Assad Bin Tariq Al Said - born in 1980 and a senior official in Oman’s State Scientific Research Council – who had represented the Sultan on several occasions.

The new Sultan is a graduate of Oxford University Foreign Service Programme and went to Pembroke College in Britain for his post-graduation. He was the first head of the Oman Football Association in the 1980s, and is a sports enthusiast. He served as Under Secretary (1986 to 1994), and later as the Secretary General in the Ministry of Foreign Affairs (1994 to 2002).

Born in Salalah, an Omani coastal town, washed by the Indian monsoon, on November 18, 1940 as the only son of Sultan Said bin Taimur, a Mayo Alumnus - who ruled Oman since 1930 – the deceased Sultan Qaboos had a lonely and cloistered childhood. When Qaboos visited his grandfather, who lived in India from 1930 to 1965 and is now buried in Mumbai - he was tutored privately by Shankar Dayal Sharma, who rose to become the President of India. In 1996, when Shankar Dayal Sharma visited Oman as President, Sultan Qaboos broke protocol to receive him at the airport, drove him personally, and made it a point to spend considerable time with him.

In 1960, Qaboos went on to study at the British Royal military Academy in Sandhurst, served in the British army for a year, and after an educational tour of the world, returned to Oman in 1964, when he was asked to study Islam and the Omani culture and heritage by his father. Meanwhile, the British wanted Oman to open up to the outside world due to the discovery of oil in the 1960s, and given the reluctance of Sultan Said bin Taimur, helped Sultan Qaboos to depose his father in a bloodless coup in 1970. Sultan Said bin Taimur was shipped off to Britain, where he died in 1972. Sultan Qaboos had the challenge of fending off rebels from Dhofar, which he did with the help of Britain, Jordan and Iran, and was able to meet the challenge of various factions and regions by uniting them with a combination of responsible positions and accommodation - devoting himself to being a nation builder, a modernizer and strengthening Omani culture and identity. In 1978, he married Nawwal bint Tariq, a cousin, but the marriage ended in two years without any children.

Qaboos established Oman’s first cabinet, government departments and two advisory bodies, including the elected Shura Council representing the country’s provinces or Wilayats. In 1996, Oman got its Constitution. Qaboos also modernized the Omani army, but given the background of the rebellion and regional rivalries, he kept extensive executive powers in his hands. Besides being the ruler, he served as the country’s Prime Minister, the Supreme Commander of the Army, defence and foreign ministry as well as the governor of the Central bank. In 2011, when Oman also saw street protests in line with Arab Spring; protestors demanded jobs, higher pay, lower taxes and wider political reforms but did not seek the removal of Qaboos – a testimony to his popularity. He responded by creating 50,000 new jobs, increasing state spending in public services and expanding powers of the elected Shura Council.

Sultan Qaboos will be remembered as the father of modern Oman. He pushed education, healthcare, greater participation of women in civil affairs, roads and highways, trade, and opening up the economy to the non-oil sectors like tourism. Qaboos admired classical music, and in 2011 he opened the Royal Oman Opera House in Muscat. He set up oil refineries, a number of ports as well as fish processing plants. Qaboos followed a policy of good neighborliness and cordial ties with different countries -a policy dubbed as “a friend of all and a foe of none”. Oman under Qaboos thus emerged as a trusted mediator in a number of disputes, helping defuse the 2013 US- Iran stand off and played a key role reaching a nuclear deal between Iran and big powers, including the US, in 2015. Oman maintained excellent relations with regional rivals Saudi Arabia as well as Iran.

Oman under Qaboos helped release 15 UK sailors from Iran in 2007 and signed a landmark 25-year agreement with Iran for supply of natural gas. Qaboos did not join Saudi Arabia and UAE in the war again Al Houthis in Yemen, in keeping with Qaboos’s belief that the issue could only be solved through dialogue. For the same reason, Oman did not take sides in a dispute between Qatar and the GCC states of Saudi Arabia, UAE and Bahrain. Oman also did not break ties with Egypt when it established ties with Israel unlike other Arab or GCC states. Qaboos was awarded a number of times for his role as messenger of peace, and India also honoured him with the Jawaharlal Award for International Understanding in 2004.

Under Sultan Qaboos, defence, trade, investment and people to people ties as well as intelligence cooperation with India all grew leaps and bounds. Strong links were developed between the armies, navies and air forces, and regular exercises are now a norm. Oman has been extending support to Indian navy’s anti piracy missions and Indian naval ships are regularly welcomed by Oman for overseas deployments. Indian naval ships and aircraft repeatedly utilize Omani airports and airbases for refueling and operational turnaround.

A defence Cooperation Agreement was signed in 2006. India helped Oman in building a border fence on the Oman Yemen border in order to protect Oman from growing unrest in Yemen. India has a listening post in Ras Al Hadd and berthing rights for the Indian navy at the Muscat naval base. In February 2018 India secured access to the facilities at Duqm port for the Air Force and Navy and in 2019 a maritime cooperation agreement was signed which will have far reaching implications for connectivity in the region.

Bilateral trade reached US$6.7 billion in 2017-18. Over 3200 Indian companies operate in Oman, with an investment of $2 billion. In Duqm special economic zone, an Indo Oman joint venture Sebacic Oman is undertaking a $1.2 billion project for the largest Sebacic Acid plant in the region. A ”little India” integrated tourism project worth $ 748 million will come up in Duqm in the near future. An Oman India bilateral Investment fund is functional. Oman has also invested mainly in the oil and refinery sector in India. Qaboos personally granted support to the building of two temples in the country. Oman is the only country in the middle east to have an indigenous Hindu minority. A Hindu crematorium is located in Sohar, south west of Muscat.

Oman occupies the South East corner of the Arabian Peninsula and holds a strategic enclave across from Iran at the Strait of Hormuz – a narrow waterway at the mouth of the Persian Gulf and the route for tankers carrying about one sixth of the world’s oil supply. A many as 800,000 Indians live and work in Oman. The smooth transition process should, therefore, be welcomed in India and the region.

Sultan Qaboos leaves behind a rich legacy. In a rare interview with Kuwaiti publication Al Seyassah in 2008, Sultan Qaboos had said ”The sun has risen on our land, and we will regain our previous fame and strength and become a country worthy of respect and appreciation.” It will be important for the new Sultan to maintain Oman’s status as a mature and neutral state. There are new challenges facing the Omani economy, including unemployment. He will need to ensure that there is no Royal family discord, and no resurgence of tribal rivalries and political instability, at a time when young leaders have assumed power in neighbouring Saudi Arabia and the UAE. Oman will need to continue playing a significant leadership and mediatory role in the region, riddled with jalousies and disputes. Oman’s desire for peace and stability and Sultan Haitam Bin Tariq Al Said’s proximity to the decision-making process in the past will enable him to continue Oman’s policies.