How would these institutions pay the extra interest at a time when bigger commercial banks are finding it difficult to channelize collected deposits? 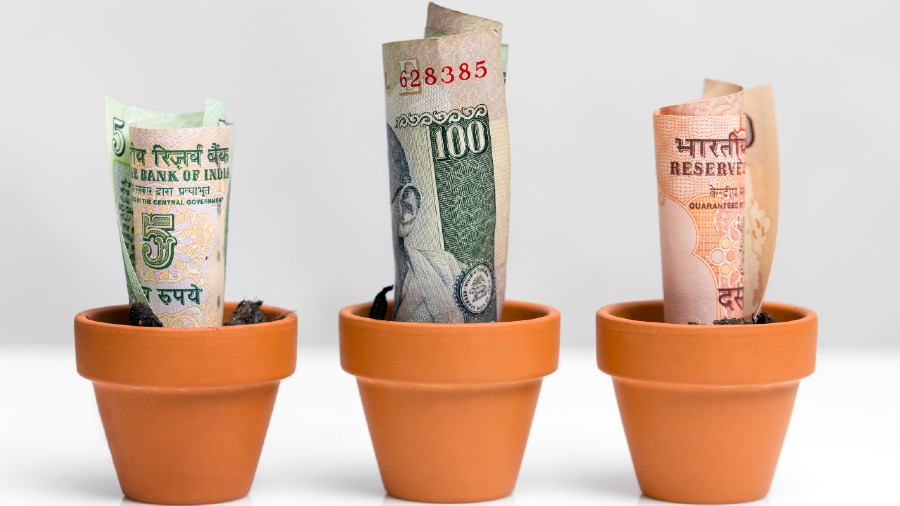 New signboards are often visible, advertising the names of small finance banks. Promoters with 10-year experience in banking and finance of pre-existing, non-banking finance companies, micro-finance institutions and local area banks with a minimum corpus of Rs 200 crore were invited by the Reserve Bank of India in 2014 to open small finance banks. At least 40% of the initial capital was to be contributed by the promoters. These banks have completed five years in operation with some dominance in states with greater number of banking branches than others. This trend, observed by the RBI, indicates a deviation from their intended target to reach the unbanked and under-served areas and customers.

Fixed deposits in banks and small savings deposits in post offices should come under the lens at this juncture of the discussion. In 2019-20, 84.24% of the household financial savings were made in small savings, fixed deposits in banks, and in insurance. In 2020-21, a gross Rs 93,73,55.25 crore deposits were collected from small savings alone whereas a gross Rs 62,47,58.22 crore could be collected up to November 2021 in the current financial year. These investments are specially backed by state governments as they could borrow from these deposits. Investment in shares and debentures (including mutual funds) formed a minuscule 3.39% of the overall savings for 2019-20. But an unforeseen rise in investment has been spotted, whether in the new issue market or the secondary market, in the last two years, In 2020-21, 1.43 crore new investors were added up. Individual investors pumped in a total of Rs 1,37,000 crore during 2020 and in the first nine months of 2021 in the equity market, out of which Rs 86,000 crore was in 2021 alone. This is indicative of a desperation to make quick money when the interest rate in the deposit market is going down and inflation remains high. With higher interest rates on deposits, the small finance banks have an edge over others. These banks registered an 89% compounded annual growth rate in deposits between 2018-2020.

Currently, the interest rate offered by small finance banks on deposits ranges between 7.75% for senior citizens and 7.25% for others. The PPF earns 7.10%; the senior citizens savings scheme 7.40%; post office deposits yield between 5.5-6.7 per cent; a five-year fixed deposit in public or a private bank offers between 4.9%-5.5%. Bandhan Bank and Yes Bank offer a maximum of 7% interest to senior citizens and 6.25% to other customers. Small finance banks are, evidently, ahead of all of these in terms of interest rates.

How would these institutions manage to pay the extra interest at a time when bigger commercial banks are finding it difficult to channelize collected deposits? RBI guidelines mandate that small finance banks have to maintain 75% of the net credit for the priority sector and that 50% of the loans are to be given worth 25 lakh. As of December 2020, their market share in small loans remains relatively high at 6%. Priority sector lending prioritizes funds for specific sectors like agriculture and allied activities, education, housing and food for the poor, most of which yield somewhere between 7-8.5 per cent annually to the bankers. The spread, thus, becomes thin for small finance banks, enhancing the risk of bad debt. The credit rating agency, ICRA, has cautioned about the higher proportion of unsecured loans being allowed by these banks despite operating mostly in the retail segment. During the pandemic, these banks witnessed a decline in collections which resulted in reporting gross non-performing assets of 6.4 per cent as on September 30, 2021 against 5 per cent on March 31, 2021.
Citizens appear to be not only forgetful of the scams over the decades but they also have a poor level of financial literacy to comprehend the risks in investment. The regulators remain silent spectators and start framing rules once a scam is exposed. At a government-hosted event, the prime minister highlighted the role of the Deposit Insurance and Credit Guarantee Corporation, an RBI subsidiary, which will guarantee investments in fixed deposits of up to Rs 5 lakh. But the principle of caveat emptor was evoked by the RBI governor in the same event when he advised investors not to run after higher interests and depend even on deposit insurance solely.