Slip or not: Delhi Police and riot evidence

A statement by academics, lawyers and activists suggests that the northeast Delhi violence is being used as a ruse to detain those who protested democratically against new citizenship laws 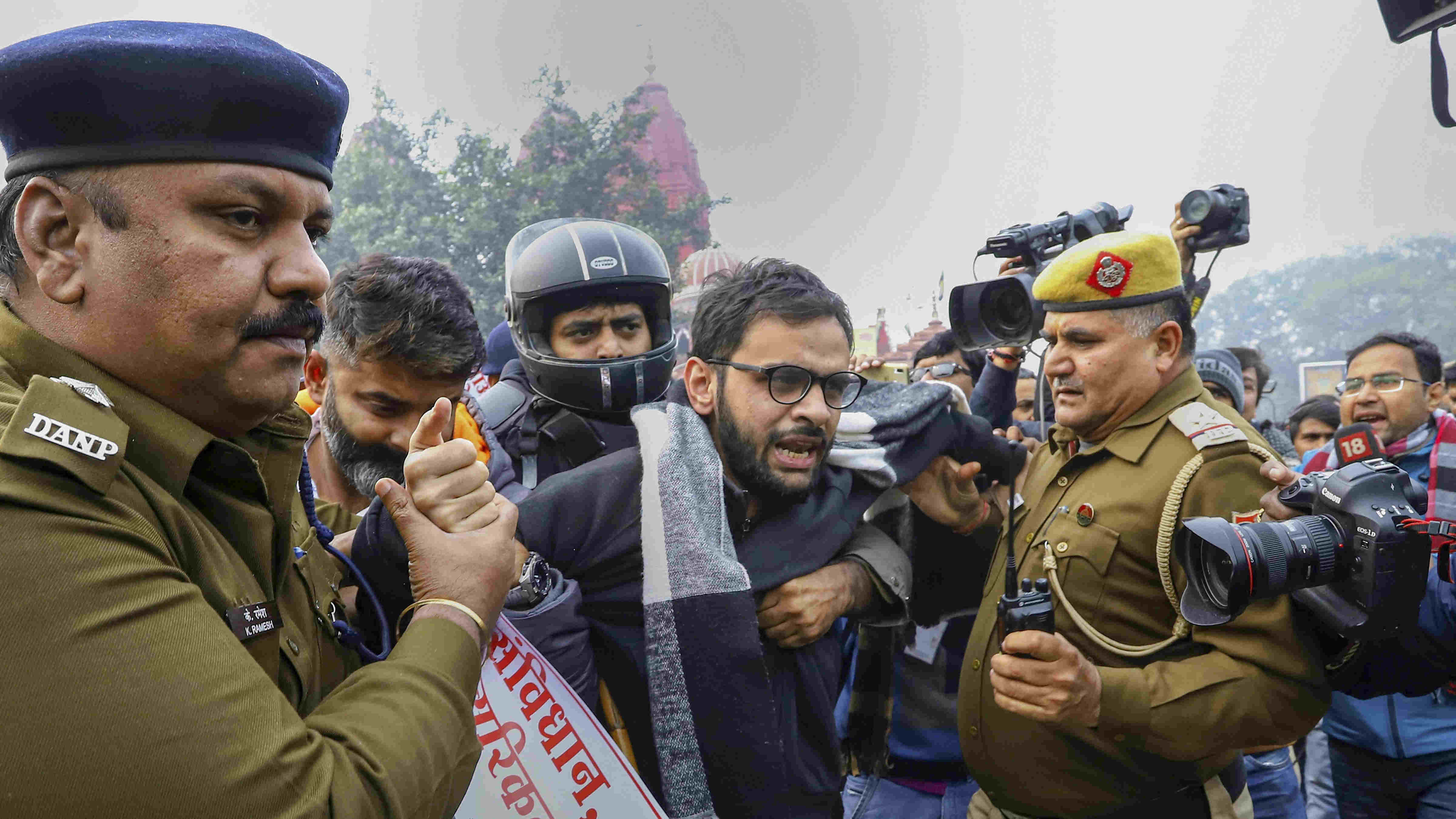 In this file photo dated Dec. 19, 2019, former JNU student and activist Umar Khalid is detained by police for defying prohibitory orders imposed by the Delhi Police in the area during an anti-Citizenship Act protest, at Red Fort, in New Delhi.
PTI
The Editorial Board   |   Published 16.09.20, 02:08 AM

Eleven lakh pages of technical data cannot be a joke. On these would be based the questioning of Umar Khalid, a former student of Jawaharlal Nehru University and one of the protestors against the Citizenship (Amendment) Act. He has been arrested for inciting the riots in northeast Delhi in February. But are the Delhi police sure that the 10 days of custody granted by the court would be sufficient to ‘confront’ him with all the evidence? After all, they have not displayed as much efficiency in formulating credible accusations as in arresting young people on the charge of having incited or organized or taken part in the February violence. Based on the so-called disclosure statements of two students arrested earlier, Natasha Narwal and Devangana Kalita, the police named the academics, Jayati Ghosh and Apoorvanand, and the politicians, Sitaram Yechury and Yogendra Yadav, in a supplementary charge sheet. In a kind of black comicality, not only do the main sections of the two statements tally in spelling errors and wrong English, but both show that the purported makers of the statements have also written that they refuse to sign them.

The purpose of these documents — hovering between assumed factuality and malicious fiction — is revealing. Lawyers point out that, according to the Indian Evidence Act, confessions to the police are not admissible as evidence in court. The Delhi police are not ignorant of this. So the supplementary charge sheet was possibly formulated as part of the police’s efforts to harass, intimidate and humiliate citizens who can be associated with dissent. A statement by academics, lawyers and activists speaking up against the continued arrests of anti-CAA activists, including Umar Khalid’s, suggests that the northeast Delhi violence is being used as a ruse to detain those who protested democratically against new citizenship laws; it is a kind of ‘witch-hunt’. It is a comment on the Delhi police’s actions that retired senior police officers have reminded the police commissioner of the question raised by Julio Riberio, former director general of police: are the police being true to their oath? The former Supreme Court judge, Madan B. Lokur, has said that the Centre is using an iron hand to curb free speech. But perhaps it is not surprising that the police are being obvious. To intimidate and silence, being barefaced is likely to be more effective.