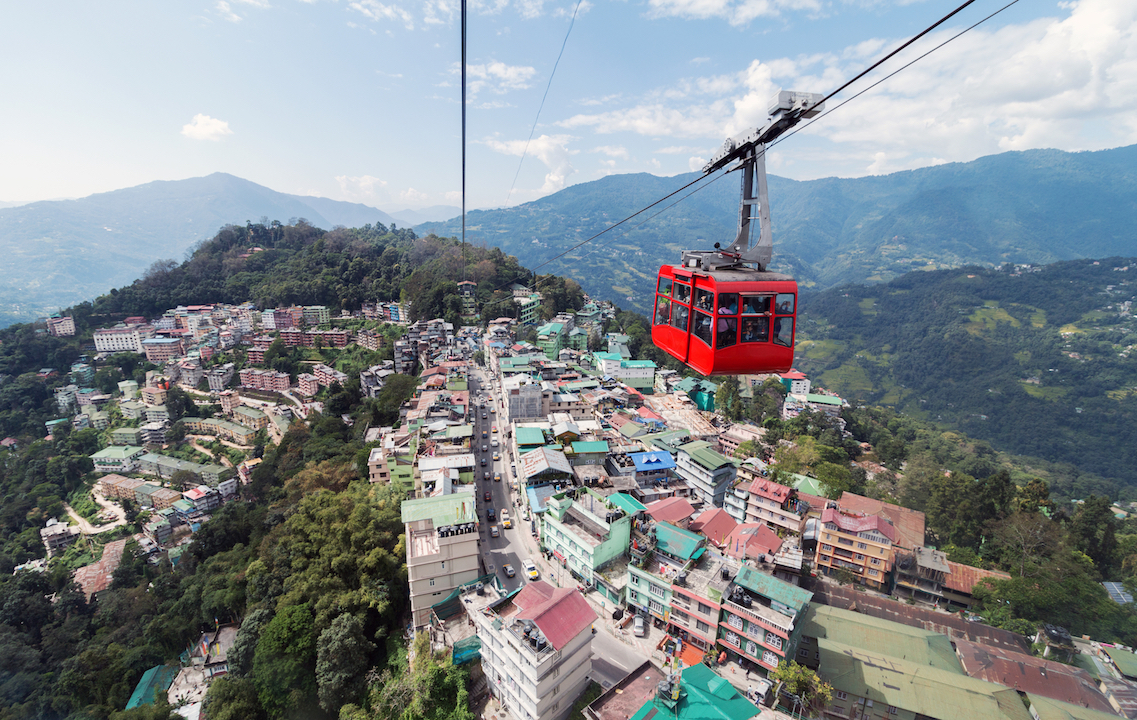 View of Gangtok. Sikkim has a poverty ratio of 8 to 9 per cent, much lower than the all-India average, so the resources required to implement universal basic income would not be very challenging to generate
Shutterstock
The Editorial Board   |     |   Published 15.01.19, 03:05 AM

The Sikkim Democratic Front has announced in its election manifesto that it will implement a Universal Basic Income scheme in the state if it returns to power in 2019. The much debated UBI will then come into force for the first time in India in a small state with a population of only 700,000 people. The details of the scheme are not yet known, except for the plan being to obtain revenue from the sale of excess hydro-electric power generated in the state over and above its own demand. By definition, UBI is a fixed amount of income transferred by the government to every citizen irrespective of economic wealth and employment status. The monetary amount to be transferred per head, per month, is not known. Yet the amount has to be sufficient to pull the poorest of the poor above the poverty line. Officially, Sikkim has a poverty ratio of 8 to 9 per cent, much lower than the all-India average. This means that the total resources required would not be very challenging to generate.

Time for a trial run

The most common argument in favour of UBI is that it promotes social justice. Since it is supposed to displace all other welfare schemes and subsidies, the wastages from inefficient government projects and poor targeting would also cease. The main argument against the scheme revolves around the fact that such an initiative would give money to those who do not need it, and may actually reduce the incentive to work or even search for employment. The sole member from Sikkim in the Lok Sabha has argued that this scheme would allow young people to choose careers without worrying too much about the income they can earn. Indeed, many proponents of the scheme have argued that creative pursuits would increase: a higher number of young people could take up art or music or literary pursuits as viable career options. This scheme would, if implemented, provide a wealth of data for analysing the different impacts — how the amount is determined, how the beneficiaries react and, of course, what happens to incentive structures and career choices. In this context, the political leadership of Sikkim ought to look for lessons from a variety of income transfer schemes prevalent in the northeastern states under the ministry of development of north eastern region. Do these promote economic security and creativity? Or do they promote sloth and substance abuse? The experiment will certainly be worth the attempt.