Advertisement
Home / Opinion / Shine on: From a home of liberal arts to medicine & public health

Shine on: From a home of liberal arts to medicine & public health

EYE ON ENGLAND: The book to watch out for is 'Marina Wheeler's The Lost Homestead: My Family, Partition and the Punjab' 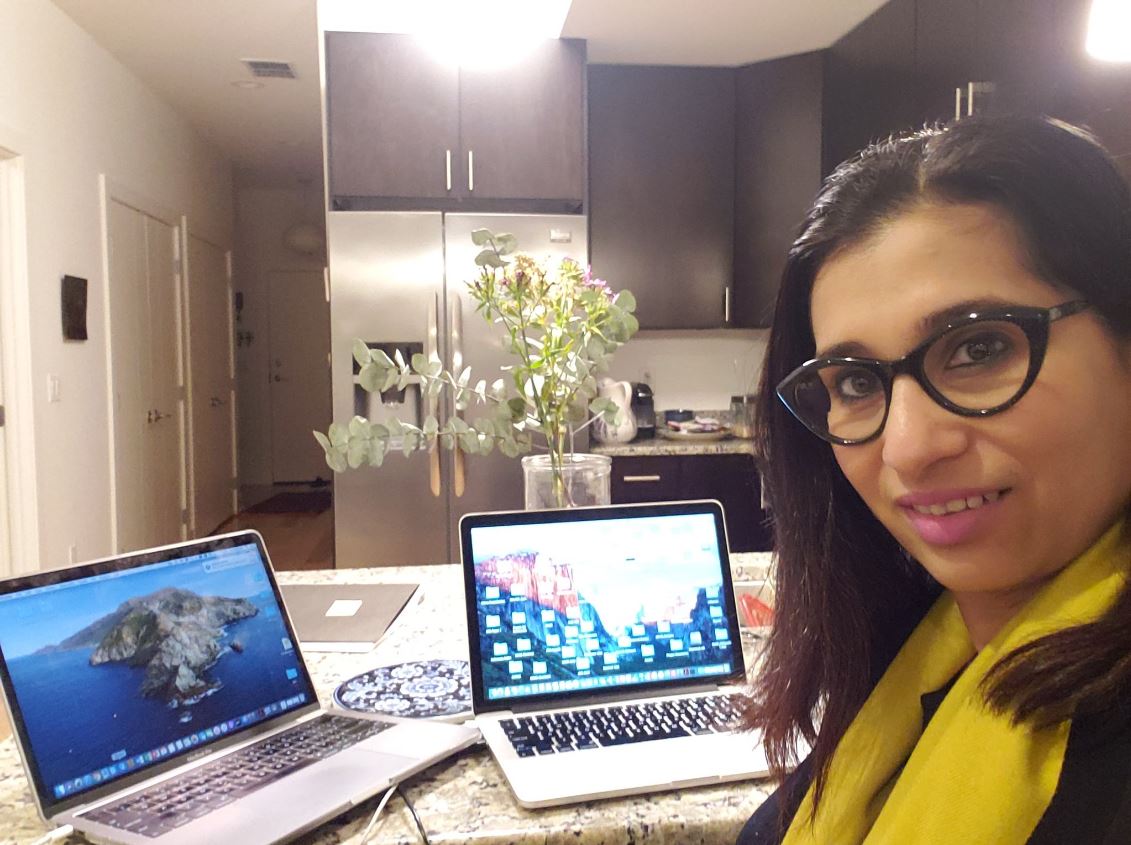 I really wanted to know about the personal side of Bhramar Mukherjee’s life. In Calcutta, she had been an academic high-flier at Presidency College and the Indian Statistical

Institute before going to the United States of America where, today, she is professor of biostatistics and epidemiology at the school of public health at Michigan University. I learnt about Mukherjee when she was interviewed recently on BBC Radio 4’s The World Tonight, where she said that with a draconian lockdown, the number of people infected with coronavirus in India might possibly be brought down from over a million to the thousands.

“I could not have pursued this career in India as I work in close collaboration with my colleagues in medicine and public health,” she tells me. “This integrated infrastructure of interdisciplinary work just does not exist in India. Mathematics and statistics are quite decoupled from health sciences.” She confides that as a schoolgirl she would hide her beloved mathematics and science books inside comics because her father, Ashok Mukhopadhyay, a founding member of the Theatre Workshop, was “passionate about the liberal and performing arts. Gauss, Newton, and Archimedes remained in the periphery while my father mandated we read the great Indian and Western classics in literature, visit art galleries, watch the best of world theatre and cinema, become immersed in Tagore and Harry Belafonte music, and deconstruct the theories of Derrida and Foucault.” She jokes she was “the black sheep of the Mukherjee family”.

She misses her “parents, sister, nephew and a large extended family in India” but feels she has done her own thing in the US. “I am most proud of being a full-time single parent — with no family support — while I rose through the academic ranks. This took extraordinarily hard work, discipline, determination and grit, but was truly worth it. I took my PhD qualifiers at Purdue (in Indiana) in August 1998, exactly 10 days after my daughter was born.”

The papers are full of recommendations on what to read in the time of Covid-19, but the book I am looking forward to is Marina Wheeler’s The Lost Homestead: My Family, Partition and the Punjab. Marina will be quite in demand at literary festivals in India and the United Kingdom. “Through her mother’s memories, accounts from her Indian family and her own research in both India and Pakistan, she explores how the peoples of these new nations struggled to recover and rebuild their lives,” says Marina’s publisher, Hodder & Stoughton.

Marina’s mother, Dip Singh, who died in February, aged 88, at her home in Sussex, married Charles Wheeler, one of BBC’s most distinguished foreign correspondents, in 1962 when he was posted in Delhi. Dip had previously been married to Khushwant Singh’s younger brother, Daljit. Charles and Dip had two daughters, Shirin and Marina, a Queen’s Counsel, who was married until recently to the present British prime minister, Boris Johnson.

Dip, a lover of literature and poetry and an accomplished linguist, worked for Amnesty International in London. Her Sikh family had to flee their home at the time of Partition. In reviewing Gurinder Chadha’s film, Viceroy’s House, Marina had written that “for people like Chadha and me, Partition is part of our family story. We have relatives who were caught up in it.”

Marina recalled that she “grew up with [her] mother’s wistful descriptions of life on the lost homestead: picking jasmine barefoot in the morning dew amid orchards of grapefruit and mango, and vines fertilized with goats’ blood.”

In times of crisis and economic hardship for many, one can rely on British black humour. Michael Deacon, the Daily Telegraph’s parliamentary sketchwriter, noted that burglars “have seen their takings collapse” and quoted “Barry Knuckles, president of the National Union of Housebreakers”: “It’s a nightmare. Now that the entire population is at home 24 hours a day, it’s impossible to burgle anyone.”

In the Financial Times, Robert Shrimsley commented: “It’s the burglars I feel sorry for... as self-employed operators, they are not yet covered by any of the government’s rescue schemes.” The man who could fix this is “Dishy Rishi” — the Mail’s description of the chancellor, Rishi Sunak.

Perhaps perversely, I prefer ITV’s new drama, Belgravia — possibly because a young couple are brought together by India — to Downton Abbey, which was also written by Lord Julian Fellowes and was received much more enthusiastically by television critics. Here is an exchange between the dashing Charles Pope, a cotton merchant keen to import the raw material from India for his mill in Manchester, and Lady Maria Grey, as bright as she is pretty.

Maria: India interests me. I have an uncle who served as governor of Bombay.

Pope: I have never been but I believe it’s a country with a great future.

Maria: Ruled by the British.

Pope is charmed when Maria urges him to visit the Taj Mahal if he goes to Agra on business: “It’s said it is the most beautiful monument to love ever built. The marble changes colour from a blush pink in the morning to milky white in the evening to a gold when lit by the moon. The legend is the shade reflects the mood of any woman who sees it.”