Context shapes even the most brilliant of minds 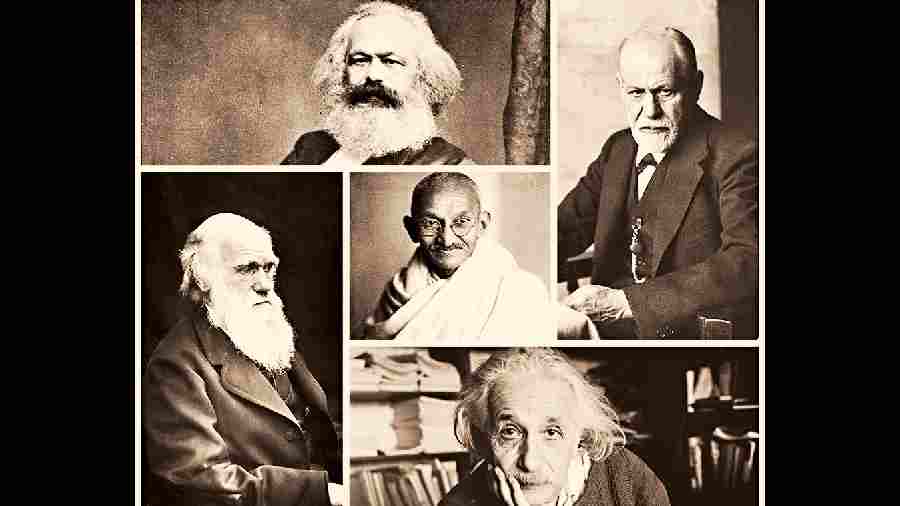 Minds that impact other minds are not born ‘ready-made’ to do their impacting.

But no mind, powerful or otherwise, is in vacuo. Contexts and the intellectual environment shape minds, all minds.

Books, which in point of fact are the subject matter of this column, form an essential part of that environment.

One assumes — I always did — that the author of On The Origin of Species(1859) was born with the brains needed to clarify and unify the world’s ideas on how we arose and the forms of life around us. Until very recently, that is, when I looked up relevant details on Uncle Google and Aunty Wiki on books that shaped the minds that have shaped ours. Those two finger-tip sources help up to a point but one has to know when to move from those key-buttons to materials and sources that belong to the loams of the earth, not the mists of Cyberia. And doing that journey from clues to findings I gathered that Darwin was drawn, not ephemerally or fleetingly, but deeply and abidingly, to Milton’s “Paradise Lost”. So? Is that work not a much-read text and if Darwin read it too, was he not doing what millions have also been doing? Yes, true. But then if one pauses to see what in Milton’s masterpiece might have transfixed Darwin’s gaze, the following passage from the book first published in 1667 zooms into view:“Into this wild Abyss/ this womb of Nature and perhaps her grave/ Of neither sea nor shore nor air nor fire/ But all these in their pregnant causes mixed/Confusedly, and which thus must ever fight/ Unless the Almighty Maker them ordain/ His dark materials to create more worlds/ Into the wild Abyss…

“Womb of Nature”, “pregnant causes”, “must ever fight”, “dark materials” are ideas and visions that fit seamlessly into the path-breaking evolutionary biologist’s theory of natural selection. His openness to such thoughts must have been part of Darwin’s subconsciousness on his five-year journey aboard HMS Beagle.

And Karl Marx? Did any books influence the co-author of the 1848 pamphlet, The Communist Manifesto, and the author of the four-volume Das Kapital (1867-1883)? Kant did, with his Antinomies, and Hegel with his dialectical method. I do not know if ‘influence' would be the right word but none other than Darwin’s Origin was cherished by the German philosopher and political theorist and originator of the socialist revolutionary theories that bear his name, for a very special and fascinating reason. Marx found in the theory of natural selection a resonance of his own singular theory of class struggle. Inscribing a copy of the second German edition of Kapital to Darwin, Marx signed off as “Your sincere admirer”. Darwin, more cautious, almost diplomatically so, acknowledged the gift with “We both earnestly desire the extension of knowledge.” SoMilton’s “pregnant causes… confusedly mixed… must ever fight…” can be seen as having activated, in some degree, both Darwin’s theory of natural selection and Marx’s doctrine of class struggle. Into what kind of new“worlds” or “the wild Abyss” we as earthlings living alongside 1600 nuclear warheads and unknown species of viruses and their variants, may not, for sheer equanimity, hazard a guess.

Lucille B. Ritvo tells us in Darwin’sInfluence on Freud: A Tale of Two Sciences (Yale University Press, 1990)about the founder of psychoanalysis that “Darwin’s influence… might have reached Freud during his formative years, first as an adolescent still in Gymnasium and then as a biologist-in-training at the University of Vienna Medical School.” She points to Freud saying about his ‘primal horde theory published in 1913, that his “attempt” was “based upon a hypothesis of Darwin’s deduced from the habits of the higher apes that men, too, originally lived in comparatively small groups or hordes within which the jealousy of the oldest and strongest male prevented sexual promiscuity.” Freud,in his Moses and Monotheism (1939)cited by Ritvo, says: “From Darwin I borrowed the hypothesis that human beings originally lived in small hordes, each of which was under the despotic rule of an older male.” Repression and suppression are agnatic cousins.Marx has been seen by some to hover over Freud’s views on repression in Civilisation and its Discontents.

Erik Erikson, the German-born psychoanalyst bridges Freud and Gandhi. His Gandhi’s Truth uses the author’s tools of early influences on individuals, including, of course, those experienced in childhood and adolescence. Young Mohandas’s seeing scenes from the Ramayana-derived epic story of Shravan Kumar, the youth who was killed accidentally, leaving his blind and old parents to die in agony, most clearly was one of the most abiding influences on Gandhi. That he was introduced to this experience by his ailing and soon-to-die father made him deeply receptive in his formative years to the New Testament’s examples of healing care shown by Christ and by those following the Christian ethic of serving humans in distress. Reducing his ego to zero was an aim Gandhi had given to himself as a son, a husband, a parent,a social leader, a political helmsman,a spiritual seeker, an Indian in South Africa, an Indian South African in England, a barrister-turned-politician,a fighter for freedom, a rebel against habituated and unjust customs,a Hindu, a striver for Hindu-Muslim unity, pacifist — all multiple identities. Erikson, author of the phrase, ‘identity-crisis’, and his work suggest that Gandhi’s strivings with his ego and the ego — individual and collective — of his people can be seen in ways that Freud has shown.

The psychoanalytical method may not be the best or most appropriate for a study and understanding of Gandhibut the reaction to both by racist fanatics in their countries (Hitler had Freud’s books burnt) shows a plangent mutuality.

It is no incidental or ‘personal thing’ that Albert Einstein held Gandhi in the esteem that he did. Among the works from outside the universe of science that influenced the most renowned physicist of our or any age was Benedictus de Spinoza’s Ethics, the philosophical text written in Latin by the Dutch philosopher between 1661and 1675 and first published posthumously in 1677. “Hatred”, says Spinoza,“is increased by being reciprocated and can, on the other hand, be destroyed by love.” Gandhi would have hearkened to those words. Like Gandhi, Einstein hadread Johann Wolfgang von Goethe. But going beyond Gandhi, Einstein was devoted to Goethe. He even had a bust of the German scientist, poet, playwright, philosopher and statesman placed on his desk. Days before he died, Einstein signed, along with Bertrand Russell and nine others (including Linus Pauling and Joliot Curie), the‘Russell-Einstein Manifesto’ of July 9, 1955, which highlighted the dangers posed by nuclear weapons and called upon world leaders to renounce war and seek peaceful resolutions to international conflict. Towards its end, the text ended memorably with the words,“Remember your humanity, forget the rest.”

I do not doubt when Einstein pondered those words, the words from the author of Faust resounded in his mind: “We are our devils; We drive ourselves out of our own Edens.”

What are the books that are influencing our impactful thinkers today, influencing us? As I see the list of best-sellers and biggest-hits on the small screen today, something in me goes numb. And when I ask, ‘Has any single book in the last seventy-five years of our freedom in India captured our thinking attention as a people?’ I struggle to find its title. Amitav Ghosh’s The Great Derangement, which warns our callous and myopic times of the ecological disasters we are bringing upon ourselves, rises on the horizon as a contemporary work of global value.