Sea of trouble: Tourism and molluscs

Significant research exists on impacts of human trade activity on live shellfish, but studies on the scale of dead shell removal by tourism-related activities are few 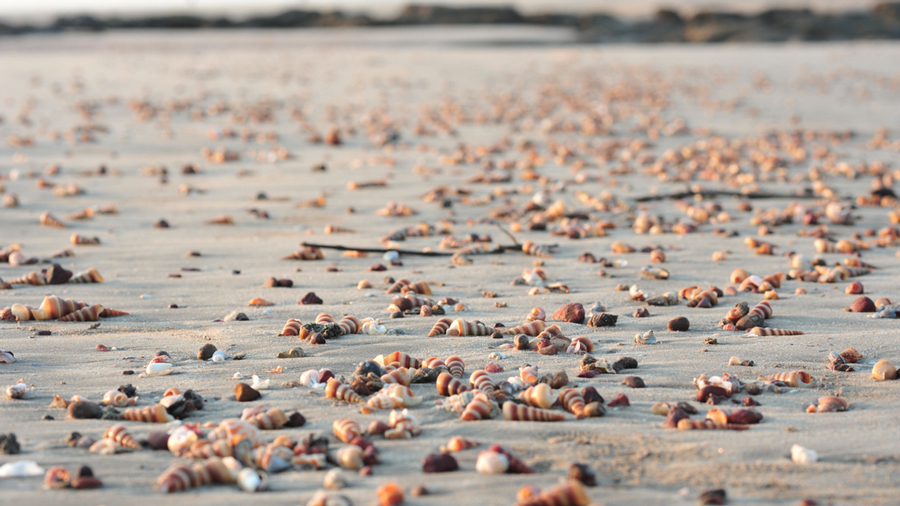 I do not know who was more shocked, the hermit crab or me, when I picked up an auger shell (for the uninitiated, these are conical and spiral in shape) on the beach only to have a disgruntled set of claws pop out of it. Gathering shells is a favourite pastime for beachgoers of all ages. But whimsical tourists are unaware of the environmental repercussions that ensue. Shells perform a diverse range of functions: they stabilize beaches and anchor seagrass and algae, provide homes for creatures such as hermit crabs, and hiding places for small fish. Shorebirds use shells to build nests and when they break down, they provide nutrients for the organisms living in the sand and for others that build their own shells.

In a study conducted over three decades in the Llarga beach in Spain, scientists found that the abundance of seashells decreased by 60 per cent with a corresponding increase in tourism in the area by 300 per cent. Misguided tourists like me are not the only ones to blame; grooming the sand with heavy machinery — common at ‘private’ tourist beaches across the world — to make for a more comfortable beach-going experience can destroy shells, as can the use of recreational vehicles on the sand. Of course, there is also the blue whale in the room: harvesting shells for souvenirs and decorative items is an industry that is killing protected species and decimating marine ecosystems across the globe. Shell fishermen often use a technique similar to bottom trawling, which involves dragging a large net along the sea floor, crushing the living habitat and organisms in its path.

Only a few species — notably the queen conch, which can grow to a foot in length, the chambered nautilus, the giant clam, and some species of snails — are protected under the Convention on International Trade in Endangered Species of Wild Fauna and Flora, a body that regulates global wildlife trade. Additionally, each country has its own set of protected species — only 24 of 3,400 species of marine molluscs are protected under the Wildlife (Protection) Act, 1972 in India. Unsurprisingly, between 2009 and 2019, around 97,000 kilogrammes of illegal seashell was seized just in India. To make matters worse, the illegal trade has shifted from shops openly displaying shell curios to the internet, making it harder to monitor and control.

The bigger problem is ignorance. Identifying mollusc species is one of the toughest challenges in policing the international trade. During the customs process, importers simply list their goods as “shells” and few inspectors can identify protected species. A World Wide Fund for Nature study showed that a majority of first-level enforcement officers are unable to correctly identify almost a third of seashell species seized, leading to wrongful seizures, faulty reports, and low conviction rates in illegal trade. This is what prompted WWF-India and TRAFFIC, an NGO, to develop new tools to help authorities identify marine mollusc species and prevent their trafficking in March this year.

While significant research has been done on the impacts of human trade activity on live shellfish, rigorous studies estimating the scale of dead shell removal by tourism-related activities are few. Some countries do recognize this threat — the Bahamas have a limit on the quantity of shells tourists can export without special permits. But circling back to the benighted tourist, can he tell the difference between the iridescent turban shell turbinidae and the more commonly found cockle? A limit on the amount of shells that can be taken out of a country does nothing about what kind of shells are being carted away — taking cowrie shells or flat shells is less harmful than taking complex, swirly ones.

But how does one educate the blinkered beach bum? Perhaps tourism could best the shell-greedy monster it has created. Seashell museums are huge crowd-pullers in Southeast Asian countries like Thailand. These are a promising avenue to enlighten tourists about various species of shells and control the seashell trade by having souvenir shops. In India, a seashell museum in Mahabalipuram not only has an impressive collection of more than 40,000 seashells, but it also displays trinkets made out of them; another one in Mysore features sculptures made of seashell and conch, defeating the purpose of educating tourists against these.